Re: Glen Campbell and Independence Day

Re: Glen Campbell and Independence Day

Glen Campbell Performs "An American Trilogy"
From BBC's The Glen Campbell Music Show produced in 1975 (tbc) in London.
Glen is backed by his then regular band and the BBC Concert Orchestra.
The trilogy is a medley arranged by Mickey Newbury and includes three 19th century
songs—"Dixie", "All My Trials", and "The Battle Hymn of the Republic".

Glen Campbell Sings a Hip "God Must Have Blessed America"!
From a single released in 1976 or 1977 (tbc) on the Capitol label
An arlw favorite! Thanks for sharing, arlw!

Glen Campbell Sings "This Land Is Your Land"
with Uncommon Folk. This is a rough mix and has not been released.
A Cowpoke favorite!


"Glen Campbell: I'll Be Me" is Rebroadcasted by CNN on July 4, 2015
Millions of viewers watched CNN's premiere of Glen's documentary on June 28, 2015.
By popular demand, this broadcast was added to CNN's 2015 Independence Day programming schedule.
Glen Campbell--an American treasure loved the world over! 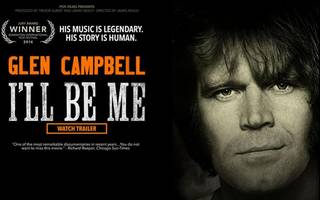