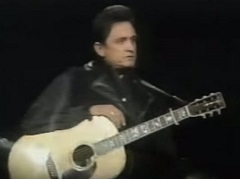 Although the world lost the great Johnny Cash on September 12, 2003, his music remains as popular as ever, if not more so.
On November 3, 2017, the Man in Black's previously-released box set, "Unearthed", will be reissued for the first time on vinyl in a nine-album, 79-songs box set. The albums will be pressed on high-quality 180-gram vinyl.

From Wikipedia:
'Unearthed' is a box set by Johnny Cash, released two months after his death in 2003. It was produced by Rick Rubin and released by American Recordings. The first three discs feature outtakes and alternate versions of songs recorded for American Recordings, Unchained, American III: Solitary Man and American IV: The Man Comes Around. The fourth disc, My Mother's Hymn Book features gospel songs Cash first learned from his mother as a child and was later reissued as a standalone release. The final disc is a best of distillation of the first four American albums. Rock historian Graeme Thomson in his monograph, The Resurrection of Johnny Cash: Hurt, Redemption, and American Recordings has called 'Unearthed' a monolithic achievement. It was certified Gold on 12/2/2004 by the RIAA."

Did you know that Glen Campbell is on one of the set's 79 tracks? Check out track no. 12 on disc 3, "Redemption Songs", from the original CD release of 'Unearthed':


*For more information about the new box set, you can read the press release here:

Looking forward to listening to Jeff Dayton's new album, Cowpoke.
Another peer and friend of Glen's has also announced a special project:

Dolly Parton, the "Fairy Godmother" of country music, will release her first ever children's album 'I Believe in You' and a reissue of her children's book, Coat of Many Colors. 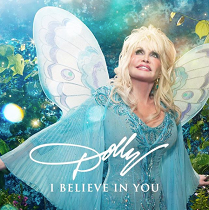 The 14-track album features songs of inspiration written and performed by Dolly including a new recording of her signature song "Coat of Many Colors" and a spoken audio track with Dolly reading the song's lyrics. The children's book is based on this same song and was previously released in 1996, after Dolly started the "The Imagination Library", her non-profit organization that has freely distributed over 100 million books to children in the U.S., Canada, U.K., Australia, and Belize. According to the official Dolly Parton website, all proceeds from “I Believe in You” will support this organization's mission.

Early press reviews reveal the new album should appeal to children and adults.

What else has Dolly Parton been up to?

The ACM Honors recognized Dolly's tremendous philanthropic work with a special merit award presented to her on August 23, 2017.

Shortly after the official announcement on August 8th that Glen Campbell had passed away, Dolly Parton (with Charlie Daniels) was one of the first music artists to publicly recognize Glen's enormous legacy with a videotaped tribute that was tweeted and then picked up by major television networks and cable channels. I felt that her strong affirmations ("Glen is one of the greatest voices that ever was in the business" and "he was one of the greatest musicians") forever sealed Glen's place in the history of country music. You can watch or re-visit this recorded tribute here: https://youtu.be/Z0GAgz5hKJs.

This year is a special one for Dolly Parton: she released her first album "Hello, I'm Dolly" on the Monument label 50 years ago. Her self-assured smile pictured on the album's front cover seems to suggest Dolly knew she was destined for a long and brilliant career in country music. 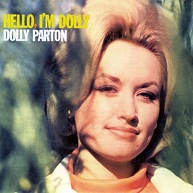 As one of Glen Campbell's most talented and generous peers in the music industry, Dolly--like Glen--has made our world "a better place".

We believe in you, Dolly Parton.

Tracklist for “I Believe in You”

"I Believe in You"
"Coat of Many Colors" [New recording]
"Together Forever"
"I Am a Rainbow"
"I'm Here"
"A Friend Like You"
"Imagination"
"You Can Do It"
"Responsibility"
"You Gotta Be"
"Makin' Fun Ain't Funny"
"Chemo Hero"
"Brave Little Soldier"
Bonus track: Coat of Many Colors [book read by Dolly Parton]

If you are interested in obtaining the new book and/or CD, you can visit Believe's dedicated website at:

Thanks Dee. That makes it easy for me to post about... Jeff Dayton, Glen's former guitarist and bandleader. Jeff is doing a tribute concert later this month in La Junta, Colorado.

And, also this month, Jeff will release an album called "Glen and Me".

Bringing this topic back up to the top of Glen Campbell Forums.
~Dee

Re: Check Out This Link

Thanks Randy for that post. I never heard that song before. One of those songs that were a hit in the USA but never crossed over to the other side of the Atlantic.

Re: Check Out This Link

On Glen's musical peers topic, it says it's locked so posting this one here. [Unlocked now and moved your post to this topic, Randy, as well as Cowpoke's reply. Thanks! ~Dee]

Didn't realize until reading on wikipedia that the song "Precious and few" by the group Climax included some of Glen's wrecking crew band mates. Happens to be one the songs I play regularly on you tube. 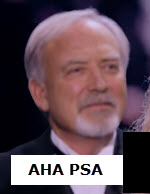 James Keach, producer and director of "Glen Campbell: I'll Be Me" recently produced a new Hands-Only CPR training video for The American Heart Association (AHA). In addition to producing the video, a public service announcement titled "The Mix-Up", Mr. Keach also appears in the video with actor-comedian Wendi McLendon-Covey. They parody "recent award show mix-ups" (namely, "La La Land") with an important message for saving lives with CPR. You can watch the AHA video here:

i am still working on a Brian Wilson Pet Sounds 50th Anniversary Tour post.
Can't seem to do this concert justice with words.

Meanwhile, if you would like to watch the touring concert online, a live, professionally filmed concert video was recently uploaded in HiDef on YouTube.
The concert opens with The Beach Boys performing some of their hits.
After intermission, they perform the entire "Pet Sounds" album complete with barking dogs!
They conclude the concert with a rockin' set of more Beach Boys' hit songs, the audience on their feet.
Turn UP the volume and enjoy!