Congratulations to the winning bidder on the rare Jan & Dean concert handbill.
This handbill sold today for $305.54 (US).

I wasn't sure where to post this picture so I just opened up this new topic....

A rare artifact* from 1964 is currently listed for sale on the secondary market: an 8.5" x 14" single-sided handbill for a Jan & Dean concert with a lineup that included "the Fabulous Glenn Campbell" and "MR. DRUMS" Hal Blaine and his Band!

Find out how much money Glen was paid for his appearance in the text below! 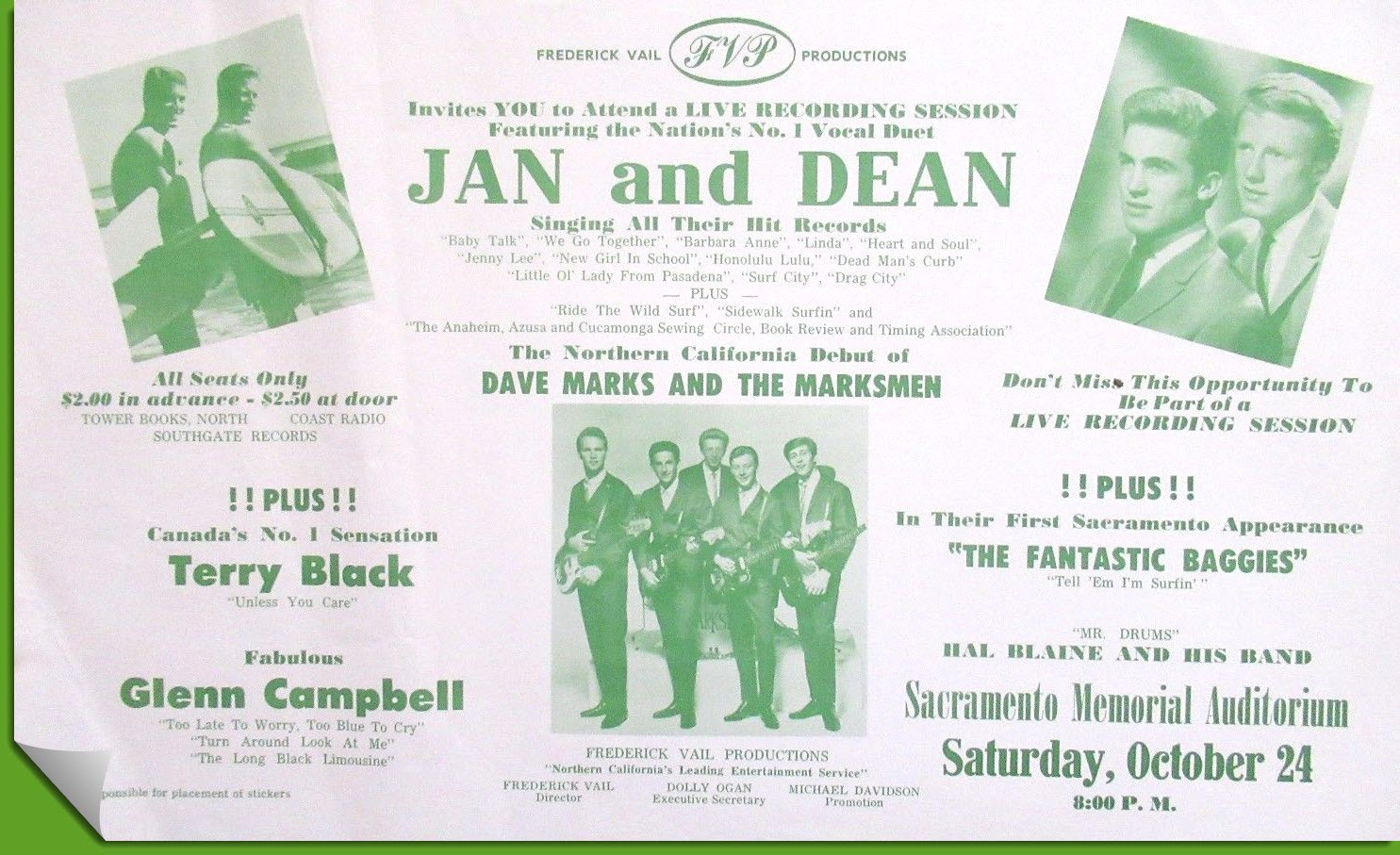 This concert was recorded for the Jan & Dean album 'Command Performance - Jan & Dean, Live in Person'.

The event's promoter, Fred Veil, provides some cool background information regarding the participation of Glen and Hal:


I had suggested using L.A. studio musicians, as Sacramento did not have a rhythm section the caliber of the L.A. session cats. Here was the lineup: Hal Blaine, drums; Glen Campbell, electric guitar. I paid Glen $200 for the show!! Of course, everyone but Blaine did ‘double duty.’ Glen sang a few songs, Steve Barri and Phil Sloan did their “Fantastic Baggys” show. A Canadian singer, Terry Black, also appeared. It was a great concert. -Fred Vail
(SOURCE: http://jananddean-janberry.com/blog/fre ... jan-berry/)


*Authenticity of actual item is unknown