Glen Campbell and Coca Cola - It's the real thing!

Glen Campbell and Coca Cola - It's the real thing!

.
Friday Flashback to 1975 with Coca Cola TM, "Look Up America" and Glen Campbell.

Glen has two cameo appearances in a Coca Cola music-themed "pop" commercial televised from April 1975 through the end of that year during airings of "Little House on the Prairie" and "Midnight Special".

In '75, Coke was gearing up for America's Bicentennial in 1976, with targeted commercials celebrating the great things about American culture. In this particular ad, we are advised "to look for the real things" among the many genres of our country's music.

The inclusion of a "pre-Rhinestone Cowboy" Glen was significant, I propose, although he is clearly representing country music in the ad, not "pop" (or rock or crock). The commercial was apparently filmed on January 23rd, 1975, at A & R Recording Studios in New York City. "Rhinestone Cowboy", the single, was not released until May 26, 1975.

Video embedded below. Credited to the cokeadv YT channel.

Also, posted below are two screen shots of Glen in his brief appearances at:

2nd - 52 seconds in with Glen shown standing at the side of a highway in front of a very significant road sign. Don't blink or you will miss him. 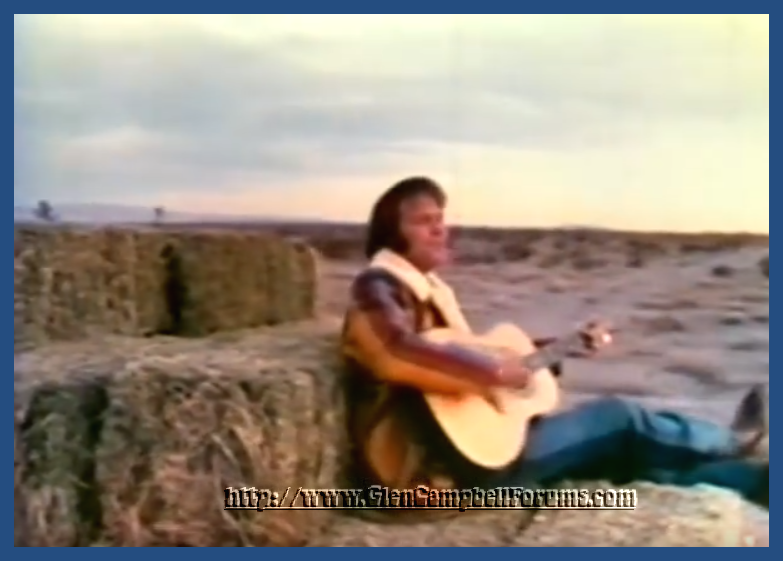 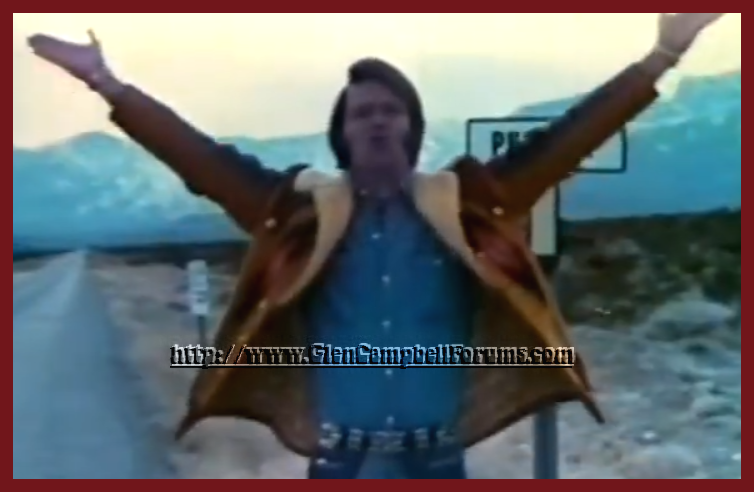