Everything from Glen Campbell's history with Ovation, other guitar talk, and guitar picks!
Post Reply
4 posts • Page 1 of 1

It did take a very long time for Jerry Reed to receive the Hall of Fame honor.

This is an early bad *ss promo by Jerry from 1965, written by Jerry and produced by "Mr. Guitar" (Chet Atkins).
In '65, Jerry had not yet released his first album and was busy working as a studio musician on other artists' records (to name a few: Bobby Bare, Waylon Jennings, Willie Nelson, and Elvis Presley).
He cut this promo with A- and B-sides before his solo career took off in early 1967.

Well said jay, It does since to be a very slow process for artists to be given recognition. It always seems a bit hollow to give this kind of award when the artist can not personally receive the recognition due for his/her talented work of so many years.

So very sad that it takes so long to honor someone that deserves it. None of his accomplishments have changed since he passed away. They certainly could have presented it to him prior to his passing.

Son!
Jerry finally gets a little bit of the overdue recognition he deserves. He was a tremendous talent, not only on the guitar but vocally and wrote so many beautiful songs. God bless you Jerry and congratulations! 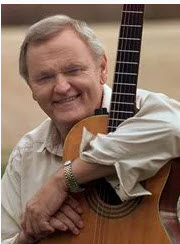 From the Nashville Tennessean
Jerry Reed Hubbard was born in Atlanta March 20, 1937, and had already scored some minor success when he came to Nashville in 1962. Reed’s finger-style guitar picking earned Chet Atkins’ stamp of approval with Atkins declaring him a Certified Guitar Player. Reed was dubbed the Guitar Man and won CMA’s Instrumentalist of Year award twice. His most popular songs include “When You’re Hot, You’re Hot,” “Amos Moses” and “A Thing Called Love.” Reed worked alongside Elvis Presley in the studio, became a regular on the “The Glen Campbell Good Time Hour,” which opened the door to a career in film. Reed appeared alongside Burt Reynolds in multiple movies starting in the 1970s, including “W.W. and the Dixie Dancekings” and three popular “Smokey and the Bandit” films. Reed even had a hit with the series theme song, “East Bound and Down.” In 1998, he returned to the silver screen alongside Adam Sandler in “The Waterboy.”

Reed died of complications related to emphysema in 2008.