Everything from Glen Campbell's history with Ovation, other guitar talk, and guitar picks!
Post Reply
6 posts • Page 1 of 1

I agree with the signature thing jay. They all look identical. I can't even spell my name the same twice in a row.

If these pictures came from his new management company...at glencampbell.com... then they are the same people that put the ovation head on the Mosrite, so if you consider that...then it doesn't seem unusual.
I am even going to suggest that they photoshopped all the GC signatures on the Ovation. This photo was taken during the same photo shoot.
How odd.
Or not.

Or maybe it's just a visual design thing. Don't want the Rickenbacker text in there to distract from "Glen Campbell" and "Adios".

"Could it be that Rickenbacker would not give sponsorship for the use of the image?"
I am not sure where that other picture came from, but it doesn't seem to be a problem there.
Even without the name, that is totally a Rickenbacker truss rod cover, fret markers and sound hole.
But you could be right. Maybe they are avoiding a licensing issue or something.

Could it be that Rickenbacker would not give sponsorship for the use of the image?

I thought it was odd that "they" would white out "Rickenbacker" off the truss rod cover, for the picture they used to promote "Adios"

Here is the picture: 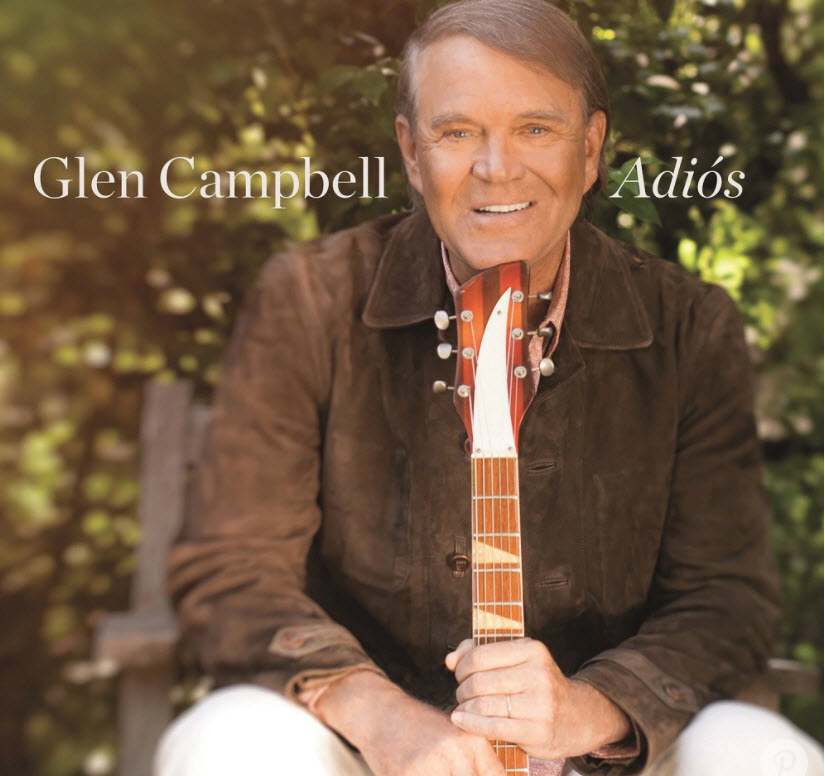 Here is another picture from the same shoot: 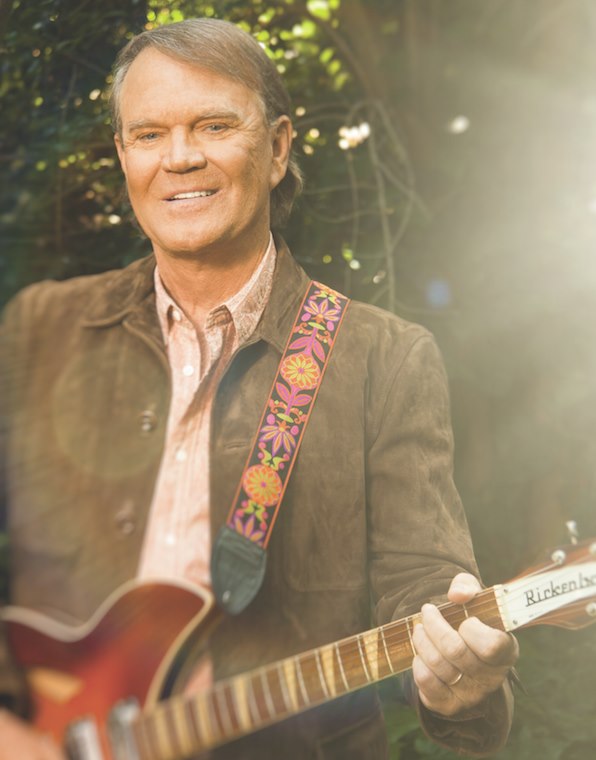 The guitar is definitely a Rickenbacker 6 string.

While examining the picture, I was pretty sure it was not a recent picture and noticed it was taken on 5-20-08 and was credited to Steve Silvas.

I contacted Steve and he stated:

I then watched the video that was done promoting "Meet Glen Campbell" and the first shot in that video pans the "wall of guitars" and the Rickenbacker is the first guitar in the first frame. Here is a screen grab: 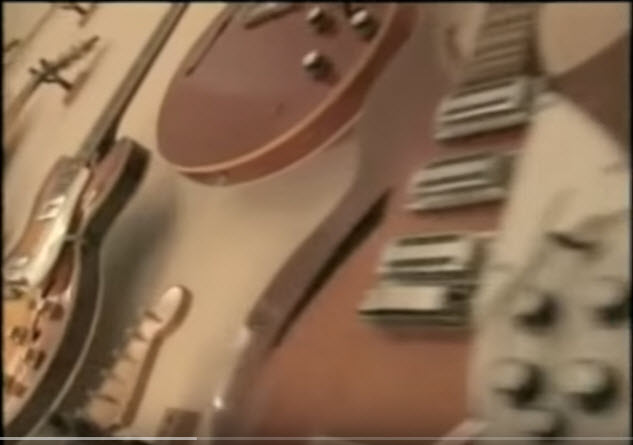