Fan photos and memorabilia talk. What collectibles are you searching for?
Post Reply
12 posts

The centennial-produced poker chips featured images of artists (a different artist on each side of a chip) who had performed in Vegas and the respective year of the performance.
A year ago, a 2005 chip with Glen Campbell's image from a 1977 concert in Vegas could be purchased for as low as $1.95 (U.S.) on the secondary market.
One chip is now listed for $2.95. However, another chip is listed with a $39.00 starting bid and a buy it now option for $55.25. It has the same 1977 image of Glen.
On the reverse side is a picture of Frank Sinatra, Doris Day, and Lauren Bacall. Perhaps the image of these celebs, in addition to Glen, makes it more valuable?

Below is a picture of a few of the commemorative chips. Glen Campbell's 1977 image is on all of these chips. The reverse sides have different artists, the most notable could be the one with Howard Hughes (1966)? All of these chips were listed for under $3.00. 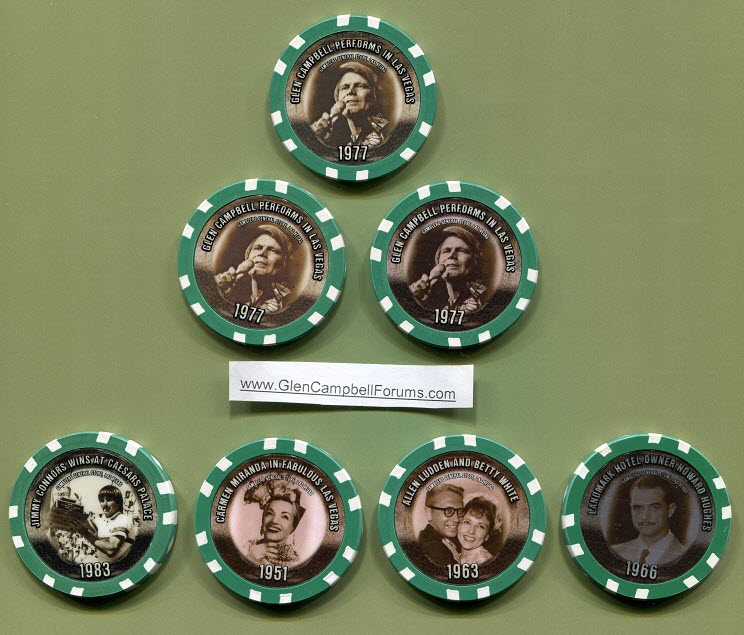 Just wanted to share that I am seeing some hugely inflated prices for Glen Campbell memorabilia on the Internet. 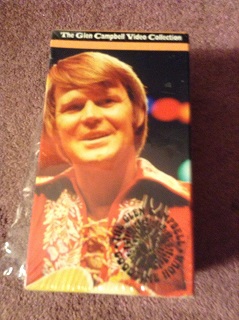 A guitar pick set of three is listed on Glen's official website (http://www.GlenCampbellMusic.com" onclick="window.open(this.href);return false;) for $10.
This price has not changed in the last 4 years or so. 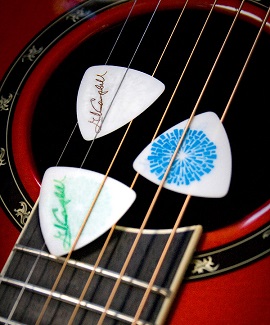 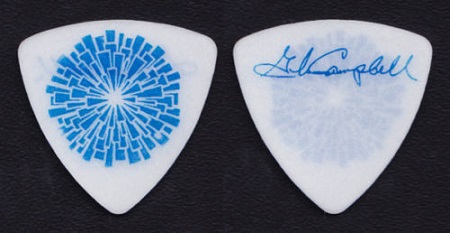