Could it be that this video was made before the the damage and the different guard with the extra piece was put on?

To my knowledge, Mosrite did not produce an acoustic 12 during that period. Glen had a couple of electric 12's from Mosrite, but I don't recall seeing him with an acoustic 12. The possibility always exists that Semie crafted a Mosrite 12 neck and put it on another guitar or maybe Glen had him make him one. I just don't recall seeing one. Look at the Balladere below...at first glance you think it is the one in this topic...but the pick guard is totally different and I cannot find any Mosrite acoustic that had that pick guard...My first thought was that Glen had it made for his...but then why would it still have the tortoiseshell addition on it 50 years later, that is consistent with all the pictures and videos? Go figure. A mystery. Let me know if you have a pic of Glen with an acoustic 12 from Mosrite. 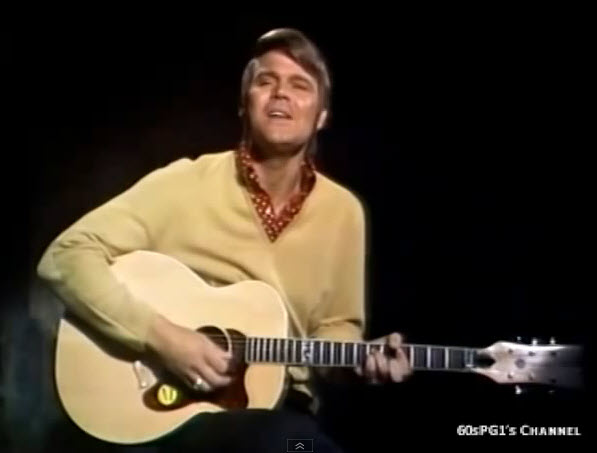 Here is a video of Glen with the guitar:
Where did this Mosrite come from?

I was so glad to see this guitar still existed. Was there not a 12-string version as well?

Semie Moseley, at Mosrite, began making acoustic guitars in the 50's by taking the necks off of another companies guitars and putting on his neck. It wasn't until the mid 60’s that he was able to produce his own acoustic guitar line. One of the first acoustics produced was the Balladere I. It came in natural or sunburst. It was, by all accounts, a bare bones acoustic guitar and was inexpensive, when compared to Martin, Gibson and Guild. The Balladere was available from 1966-1969 and it is thought only a couple hundred of these guitars were produced, because Mosrite was too busy making electric guitars. Finding an early acoustic from Mosrite, that is in decent shape, is rare. Semie never really knew what he was doing when it came to making acoustic guitars. The woods were not properly dried out and the construction wasn't beefy enough, and the lacquer finish was put on with too many layers, too quickly. A sum of all these parts result in very few of these guitars surviving...or even being desirable, other than for collecting.

If pictures are any indication, Glen seemed satisfied using his Martin D-18 for studio work, after arriving in LA. But this seemed to change around late '67, it appears. After that, Glen appears to be exclusively playing Mosrites, even acoustically. We have this picture, taken of Glen on January 1st, 1968, posing with the Balladere.

I believe the above picture, as well as the following picture were taken at the Travel Town Museum at Griffith Park in California. 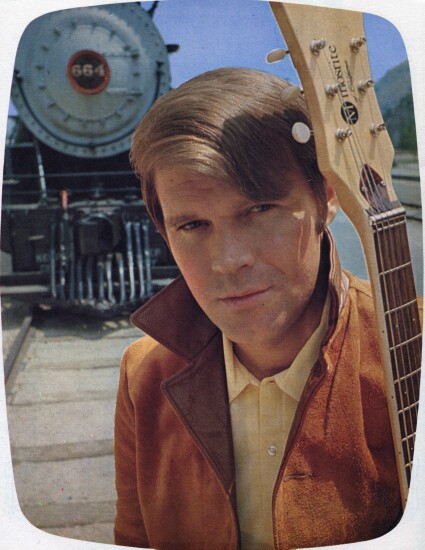 Here is a picture, in 68, at Glens LA home. The majority of the guitars in the picture are Mosrites. The 3rd one from the right is the Balladere.

In 1968, Glen was moving up the chart, with each and every record and was selected to host The Summer Brothers Smother Show. It is almost impossible to find a picture of Glen during 1968, prior to signing with Ovation, playing any acoustic six string, other than the Balladere.

Additionally, while hosting the summer show, Glen is consistently seen playing the Mosrite.

While opening the show: 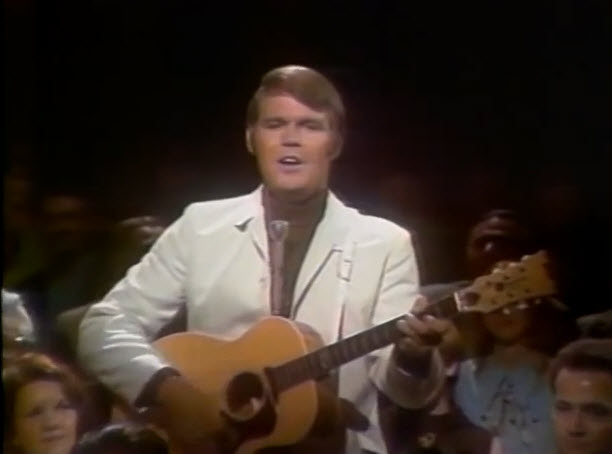 During the "sit around" segment: 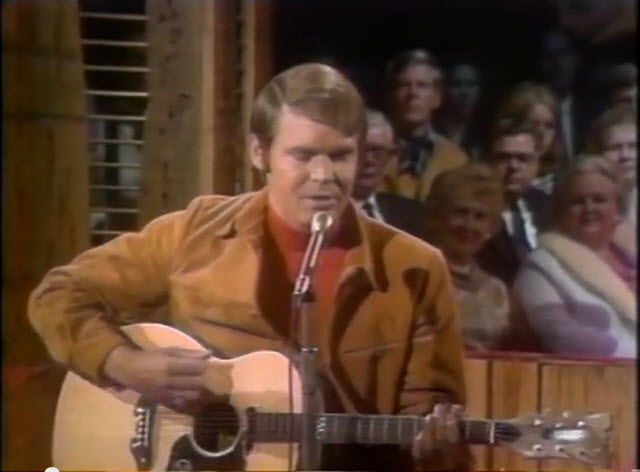 And during routines...here with the Smothers Brothers: 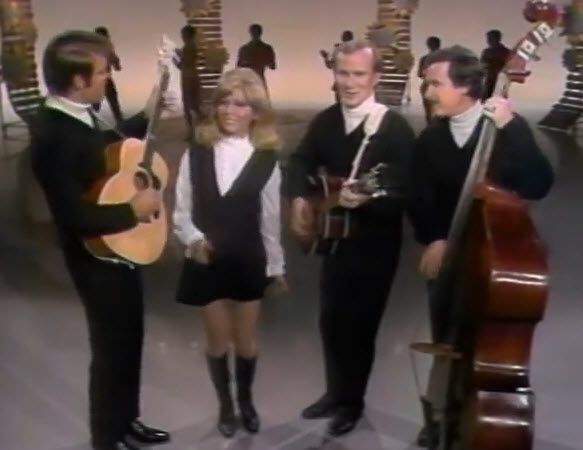 After Glen signed with Ovation in late 68, his use of Mosrite’s all but disappeared. It is thought that Glen gave most of them away. The Balladere is currently on display at the Musicians Hall of Fame and Museum in Nashville, Tennessee. Joe Chambers, the owner and CEO of the HOF Museum, was nice enough to take the time to share some stories about Glen's exhibit there. Mr. Chambers states it is his understanding that the tortoiseshell addition underneath the neck is there to cover a repair that was made.