Glen with Johnny Cash and his Mosrite Dobro Richmond D-50e 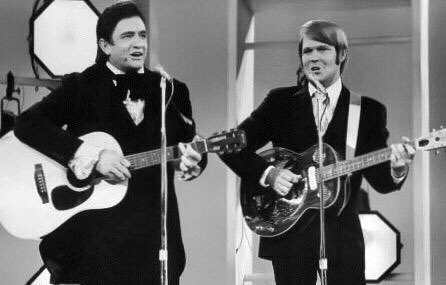 The name "Dobro" originated in 1928 when the Dopyera brothers formed the Dobro Manufacturing Company. "Dobro" a contraction of "Dopyera brothers". Semie Moseley bought the "Dobro" name from the Dopyera Brothers around '66. Along with some of the craftsmen, he brought the Dobro operation to Los Angles to his factory in Bakersfield and they began making dobro instruments at Mosrite. Semie made quite a few resonator acoustics and electrics, although purists neither see them as Dobro's nor Mosrites. In 1970, when Semie went bankrupt, the Dopyera family was able to reacquire the Dobro trademark from Mosrite. In 93, Gibson acquired the trademark and produces the Dobro line in Nashville.

Glen began playing quite a few Mosrite's during 66-68 and several of them were electric acoustic, or electric resonator guitars. The "D40/50" series guitars were originally produced by Dobro in 1965 and production was continued after the Mosrite acquisition. In this video, we can watch Glen playing an D-50e (the "e" signifying that it was an electric) Richmond model Mosrite Dobro.

Here is the Mosrite catalog ad for that guitar.

Here are a couple of pics of what Glen's guitar looked like, although I believe his had a natural Mahogany finish on the soundboard. 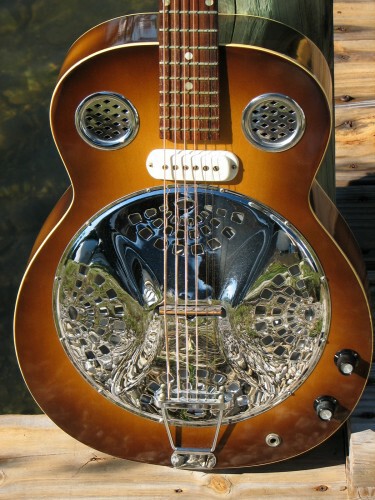