I am re-posting a link to the video of Glen playing X008 on the Goodtime Hour with Ray Charles and Anne Murray. It seems it was deleted from the link above.

Hi Bluebird, will the show be recorded ? and if so will it be possible to see any highlights on Youtube etc. Sounds like it will be a great night.

Thanks for sharing this update with us Bluebird. And good luck with your Christmas concert!

Well, it's been over three years from the time I first found out about this guitar until now and it is FINALLY where it needs to be.

I had put the original pickups back in but as great as they looked, they were too microphonic to use. I had them taken out once again and have them wax potted and now the guitar sounds as good as it plays and looks, thanks to a great new guitar tech/luthier that I recently became acquainted with in our local area.

I am putting some finishing touches on some songs for our annual charity Christmas concert song (38 songs) and I'll be using the T-Head for much of it. It'll be it's first gig in almost exactly 45 years! 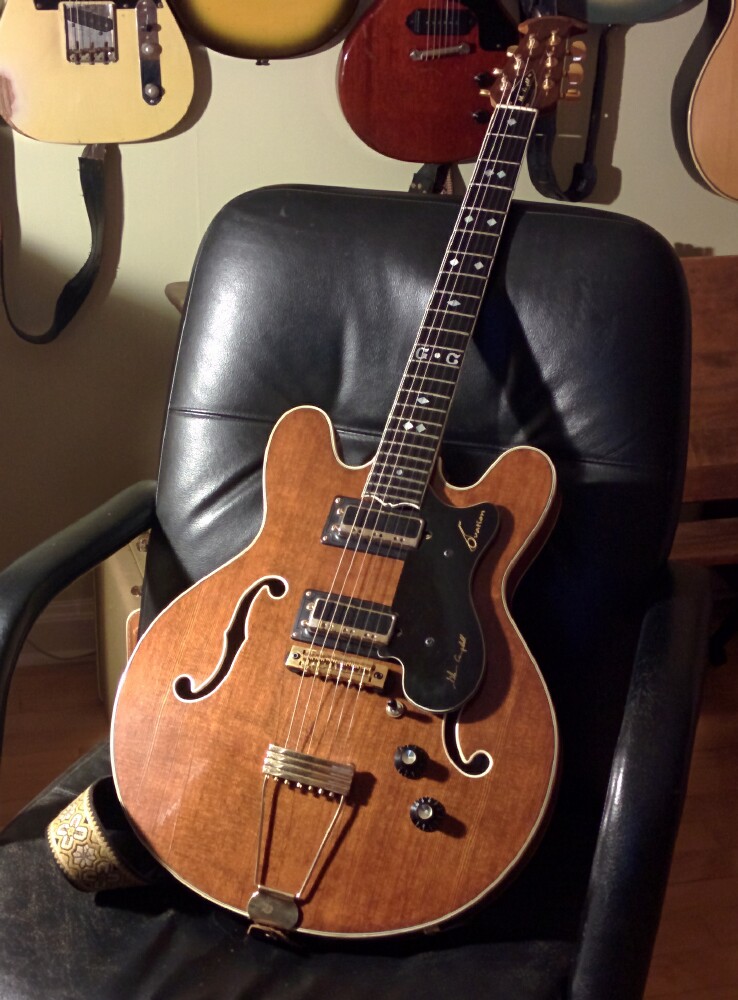 This is the only media available that shows Glen actually playing the Ovation prototype X008. And BOY is he playing it!

The Ovation Storm Series semi-hollow guitars were produced from sometime in 1967 through 1972. Thin body and archtop in design, these were Ovations answer to the popular Gibson ES-335 guitar. The Storm series were divided into the Tornado,Thunderhead, Hurricane, Typhoon and Eclipse. Although the necks were made by Ovation in Connecticut, the bodies came from Germany and the hardware was mostly Schaller with some exceptions. The Thunderhead was the Deluxe 6-string, with gold hardware and DeArmond gold plated pickups.

There is not much known about Glen's Thunderhead. The earliest it can be dated is at least November of 1970. To my knowledge, there is no media available that shows Glen playing the X008. Custom features that adorned this guitar were: Glen’s signature on the truss rod cover and pick guard, twelfth fret ‘GC’ inlay and simple volume/tone, three-way switch electronics and proto poleless pickups. The finish is also a custom color, somewhere between blond and nutmeg and features a highly figured back.

It is a pretty sure bet that it's sister, X009 was produced at the same time, as it was personalized and went to Jerry Reed. Jerry was a regular on the Goodtime Hour at that time and was seen playing quite a few Ovations himself during that period.

James Rickard (Jim) worked for Ovation for about 20 years. He was an Engineering and Quality Control Manager. At his residence, he had a workshop where he did instrument repair and wood working. He had a lifetime goal to produce his own guitar line. Mr. Ricard passed away in 1996 and his house was put up for sale in 2011.

Glen's prototype Thunderhead was discovered in Jim's workshop in an overhead loft, when his wife was cleaning out the workshop. It had laid in the loft for almost 40 years, it is thought.

Wayne Reid was able to take possession of this guitar (as well as Reeds X009) and has spent quite a bit of time restoring it, after it suffered through many years of heat and cold in the loft. He has graciously shared the following photographs of Glen's and Jerry's Thunderheads. 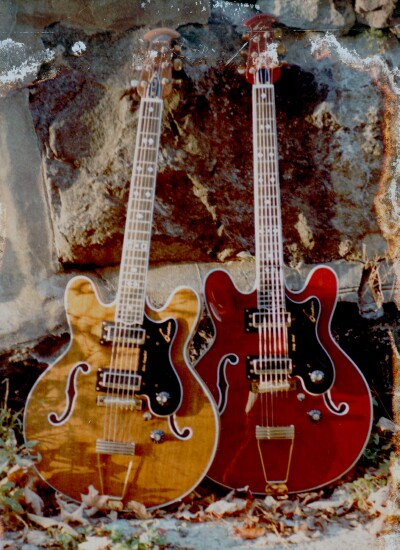 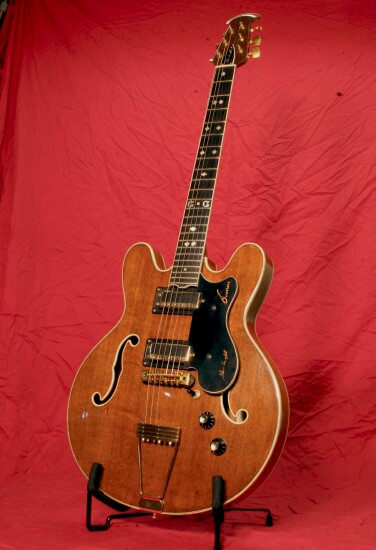 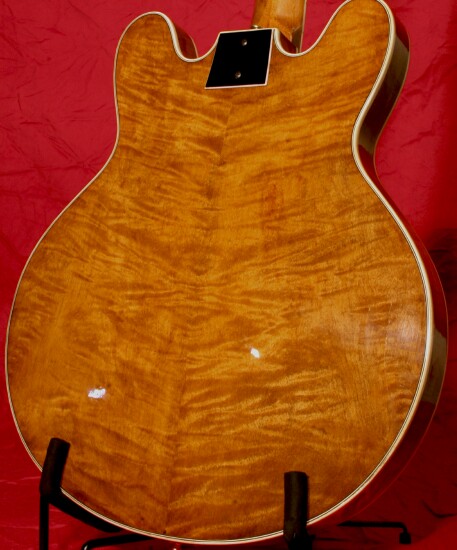