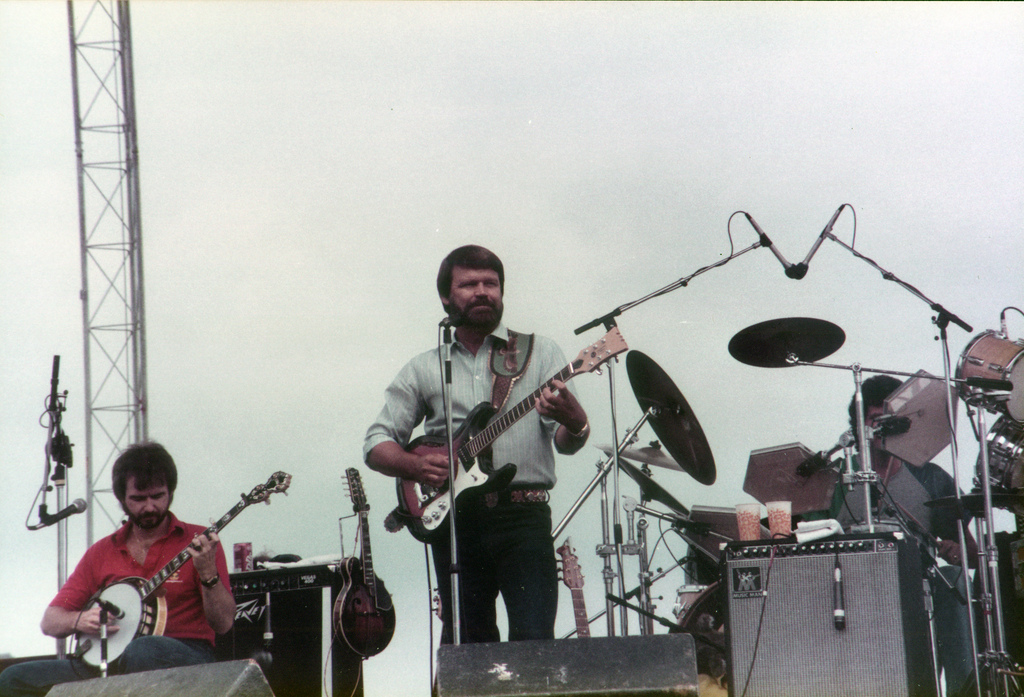 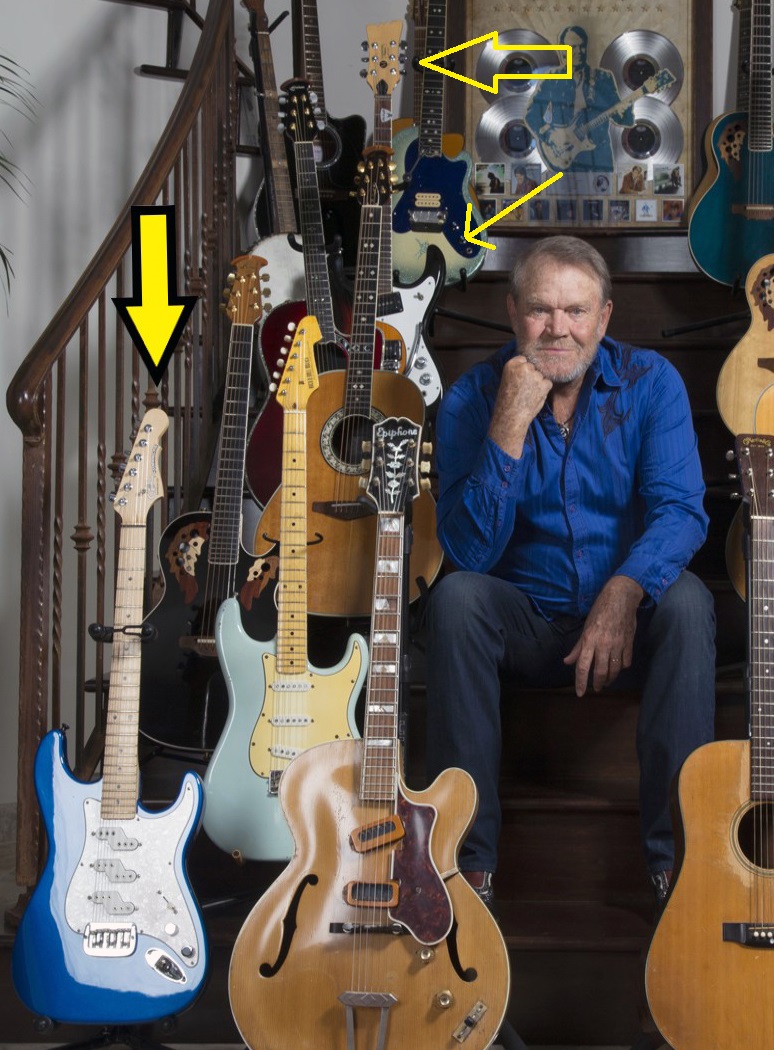 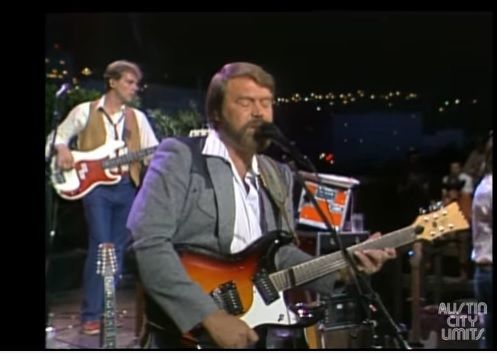 While I was working with Glen we had the opportunity to clear out a storage trailer he had in CA. This guitar was in that trailer and I took it home with me. The guitar was in good shape however it needed some TLC which I gave it. It was missing the spring for the Vibramate Tailpiece (which you can see in the above video clip) but otherwise just needed to be cleaned and set up properly. It took some time but I managed to find a spring that would work on the guitar and when I returned it to Glen it was a fully functioning Mosrite. I used ion a few gigs and I have to say, It sounded great. It's in the photo of Glen sitting on the stairs with part of his guitar collection.

Just to add to my previous post since I can't seem to find the edit function:

I was told told that someone in the audience at one of his shows offered him the Mosrite for one of Glen's Bluebird 6 string guitars which, obviously, he accepted.

In 1962 the Ventures paid Mosrite, to manufacture a line of guitars for them. That line's main guitar, for the most part, was The Ventures Model Mark I. The Ventures purchased these guitars from Mosrite and then distributed them. The Ventures were the sole distributor. This was a terrible deal for Semie and the Ventures...as it ended up that 100's of guitars sat warehoused and sold for pennies on the dollar when their 5 year contract ended and Mosrite went bankrupt.

Many thanks to The Mosrite Forum, Paul Moody and Jeff Dayton for helping with this piece.