Nice find Jay. I still see a little misschief in Glen's eyes though, that's not present in American Gothic 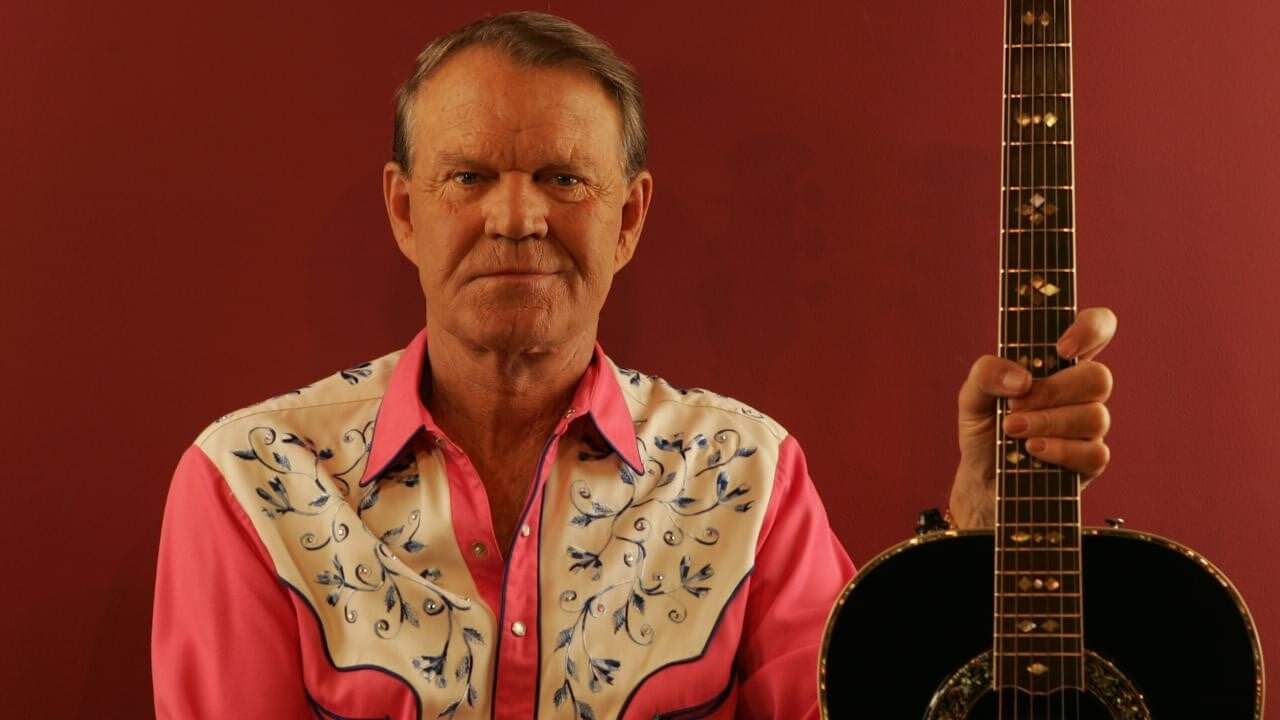 
Glen's beloved black Ovation Custom Legend hasn't been seen in many years. I ran across this picture and laughed at Glen, who I think was trying to be serious ... it just wasn't in his nature.

I couldn't help think of this: 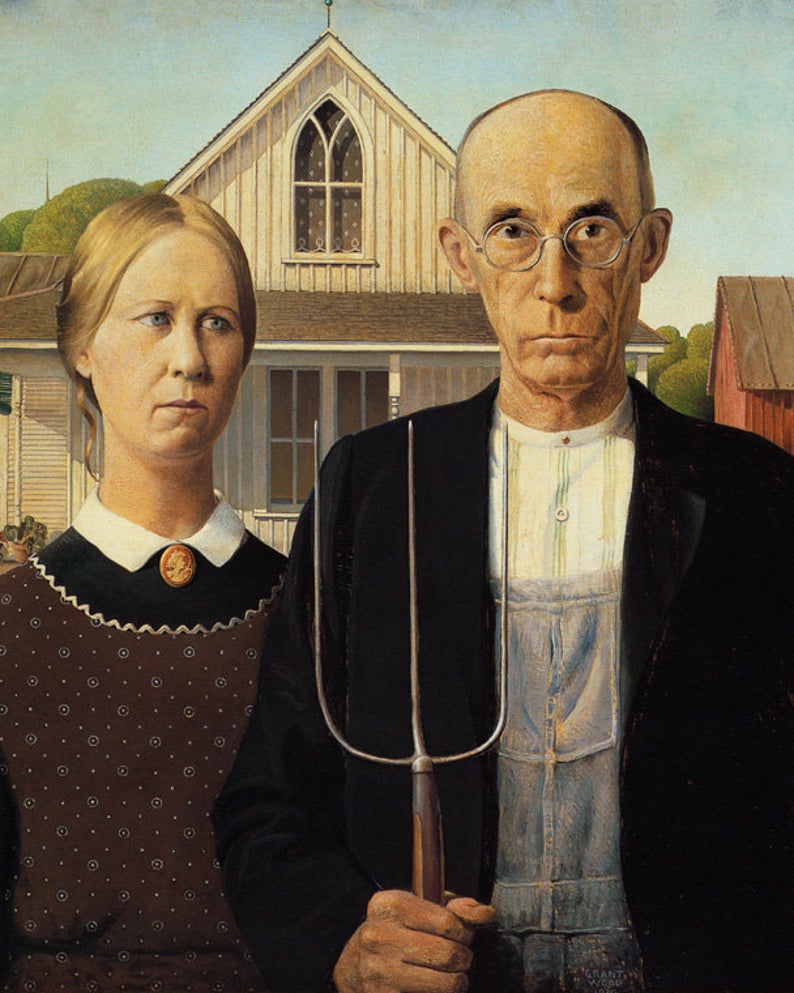 Most likely, the last picture of Glen playing his 1619

Many thanks to Corry Bell who allowed me to take this frame from a home video with Glen. 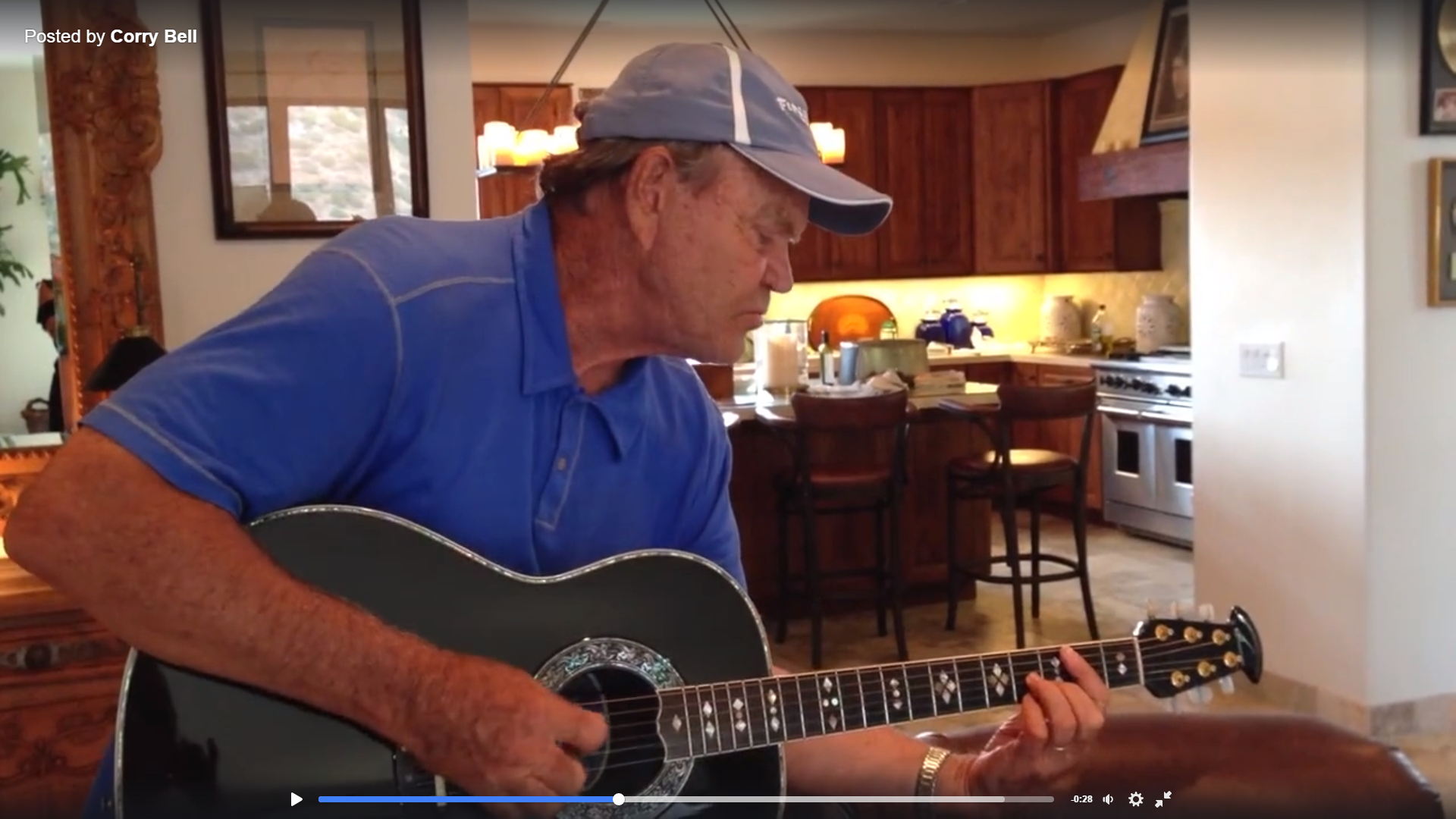 The Ovation Legend and Custom Legend were the top of the line Ovations, until the Adamas line and Elite line came out. The Custom Legend was produced between 1974 and 1984. We all know that Paul McCartney liked Ovation guitars. Linda decided to give Paul a special Ovation at Christmas. She wanted the Legend model, but requested that the good folks at Ovation make it special. They did and Ovation saw a guitar they wanted in production and soon released the model as the "Custom Legend". 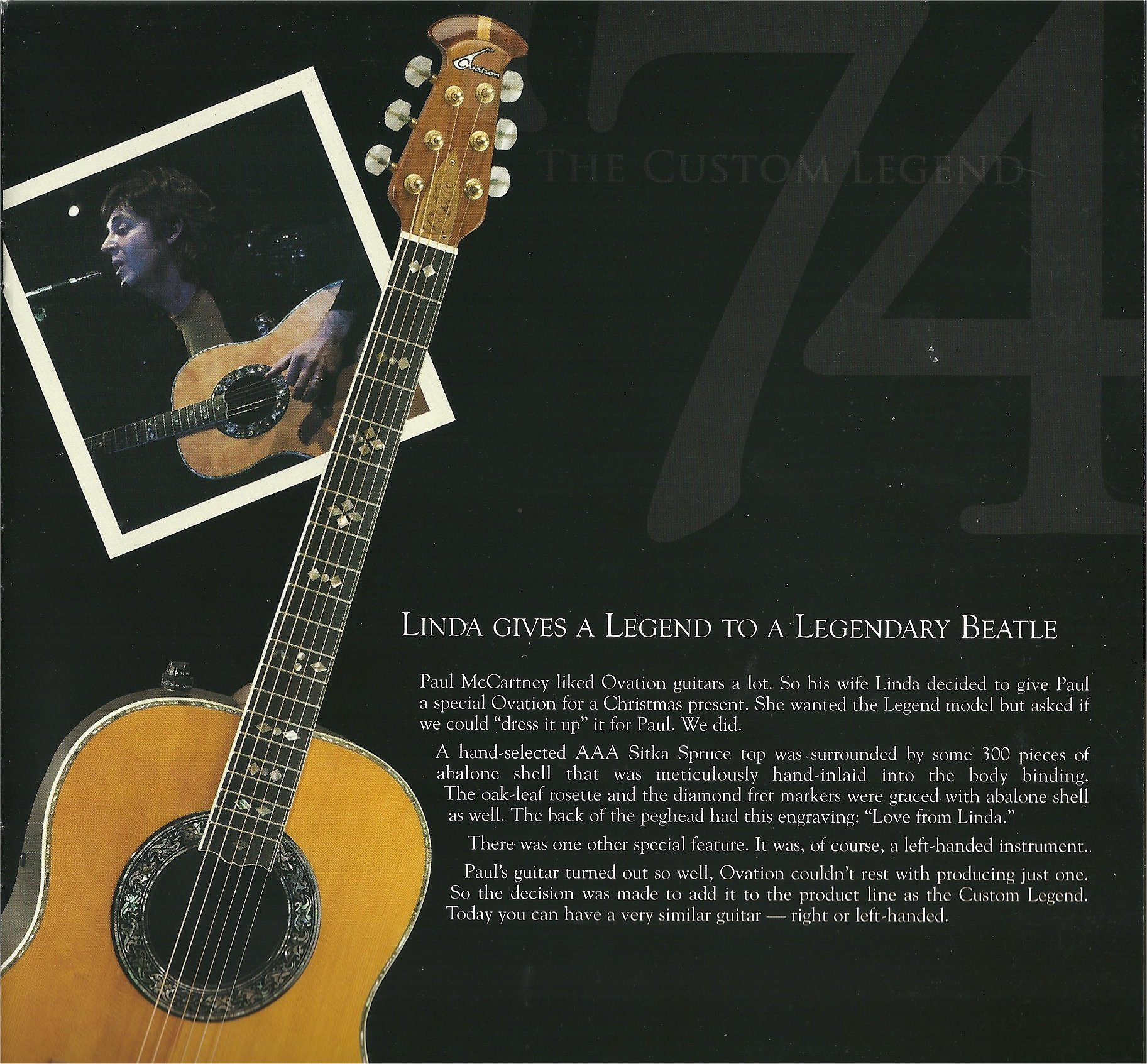 At some point, Glen acquired a black Custom Legend (1619). He is seen sporadically with it from the late 90's through the goodbye tour.

Here is a clip, with Glen playing the Black Custom Legend, with Dinah Shore

When Country Music Television (CMT) did a show on his home (2010), he claimed "This was my best guitar".

Here is a clip from that show. 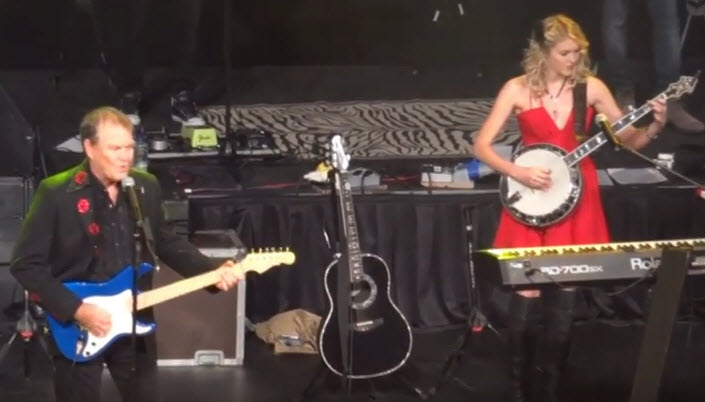 And prior to moving to Nashville, this picture was taken: 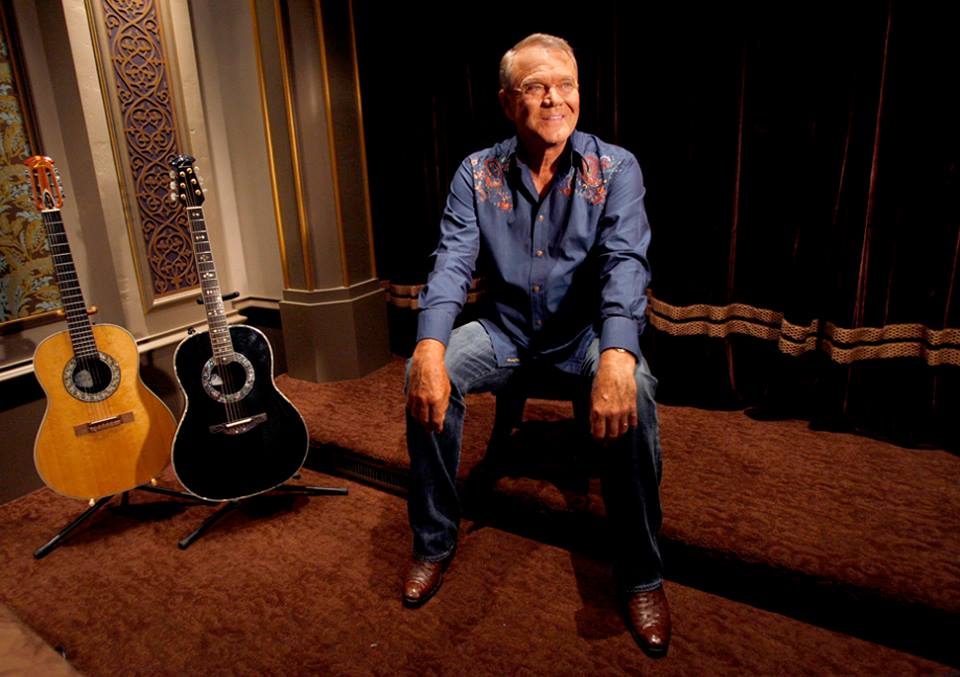 A special thanks goes to Paul Moody for continuing to share his impressive knowledge about Glen's guitars.