I love tour stories, Willard... thanks for the input.

I was keeper of the guitars that Glen used on stage from 1987 to 1991 and was his Guitar Tech and Head Tech as well as the Bass Player with the Jeff Dayton Band. I loved Glen. He was a wonderful person to work with and as I told him once, "The best Frontman I ever had in a band".
Every now and then he would pull out an oddball guitar and want to use it on stage. It was up to me to get it in shape and ready to be used without any glitches. One guitar in particular was the '60's Fender Mustang we affectionatly called "The Frankenstang" as it had a very faded Black finish with a Floyd Rose Tailpiece and Locking Nut. He wanted different pickups installed so I had a Telecaster pickup installed at the bridge position and two Stratocaster pickups put in at the middle and neck position. It was a real odd duck and he only played it for a short time. Eventually he gave it away to a friend or fan, I don't know for sure which.
Glen was the consumate musician and I can't express fully the joy I felt making music with him. At the end he may not have been able to remember all of the fun we had together but I'll remember for both of us. 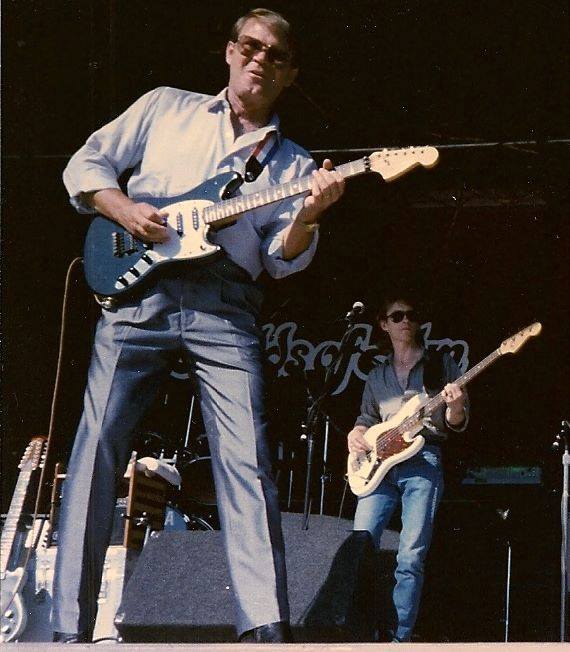