A couple more early pictures of Glen with his Telecaster. 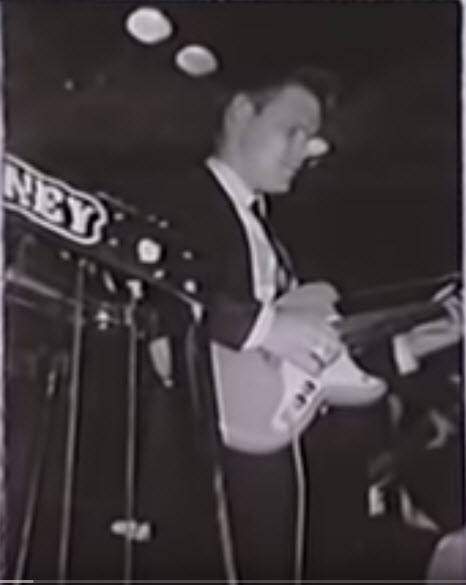 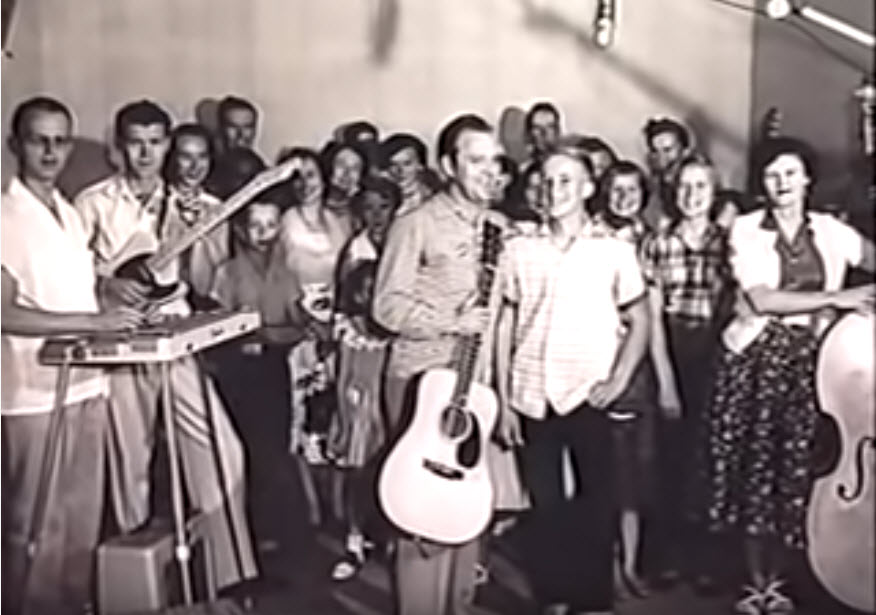 Thanks to Cowpoke for sharing this picture of Glen playing his Telecaster in 1954 with Buzz Burnam and his Rio Rangers. 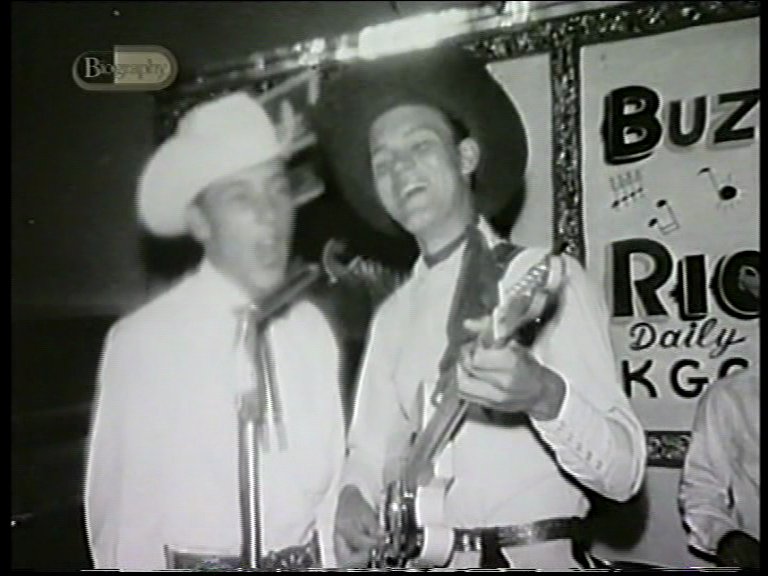 Here is a picture of Glen playing his Telecaster, on a flatbed, in front of the Masonic building, in Albuquerque at 7th and Central. He is playing with Texas Slim and the Rio Rhythm Riders (kind of funny that they spelled "Rythm" on their float). It is felt that this was taken during the New Mexico State Fair, sometime in the mid 50's. Interesting to note..this lodge was destroyed by fire in 67. (Seems like many of the establishments that Glen played in Albuquerque were destroyed by fire) 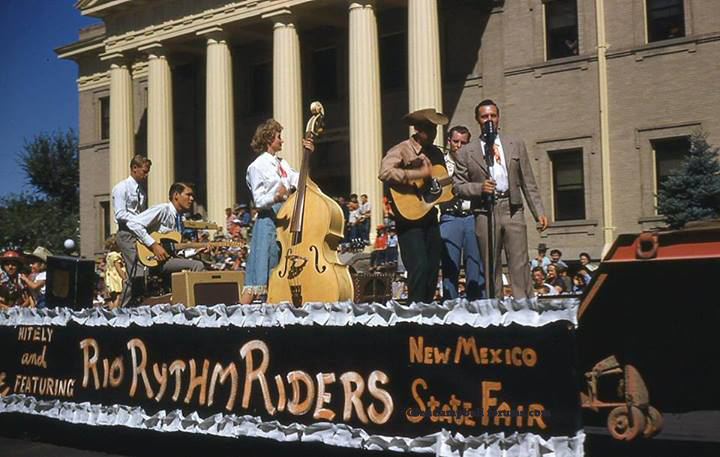 Jay,
these posts about Glen and his guitars are outstanding. I'm learning so much from them.
Yours truly,
Grasshoppa Cowpoke

Between 1932 and 1949, several craftsmen and companies had experimented with solid-body electric guitars, with little success. Leo Fender created and marketed the Telecaster in February 1951. The Telecaster had a bright rich cutting tone. From its' inception, the Tele began its steady ascent toward stage and studio indispensability.

It appears that Glen acquired one of the early Telecasters and began a relationship with Leo Fender that would last until his final concert.

In 1954, Glen moved to Albuquerque to join his uncle’s band, known as Dick Bills and the Sandia Mountain Boys. Early pictures reflect that Glen came to town playing his Telecaster.

One of the earliest pictures of Glen playing his Telecaster was at, what is said to be, a Safeway store, in 1954 (If you look closely, Glen's Tele had a Bigsby on it.): 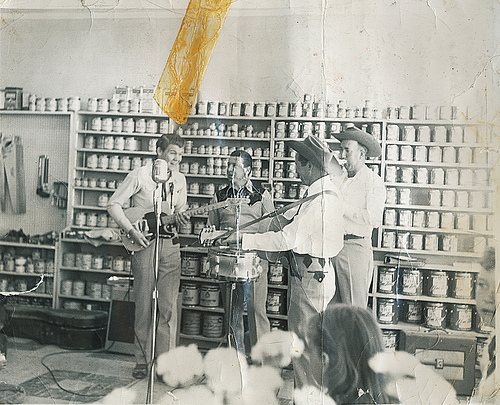 Later we have Glen at one of his mainstays in Albuquerque, the Club Chesterfield, with the Sandia Mountain Boys: 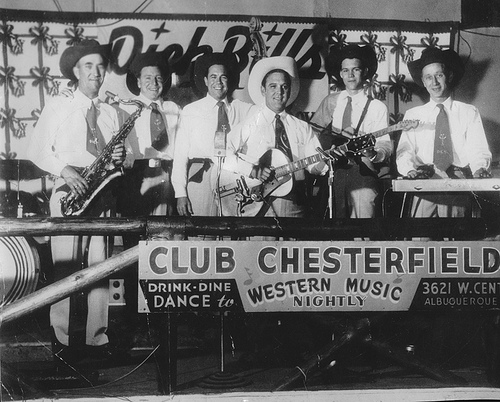