Came across these pictures today. From the same photoshoot as the ones below. 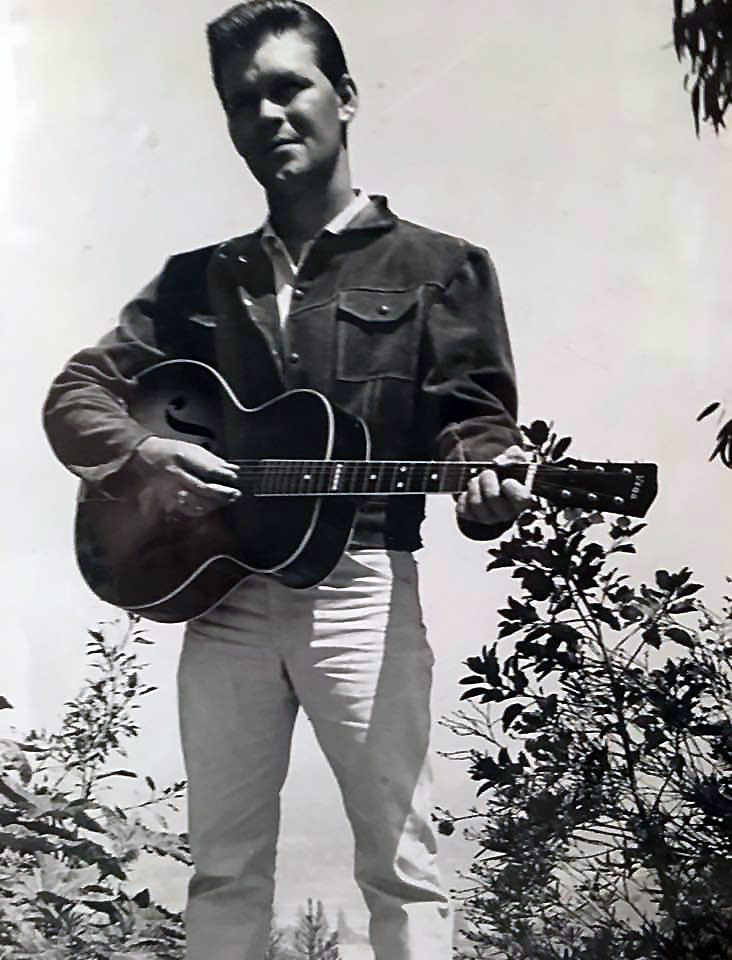 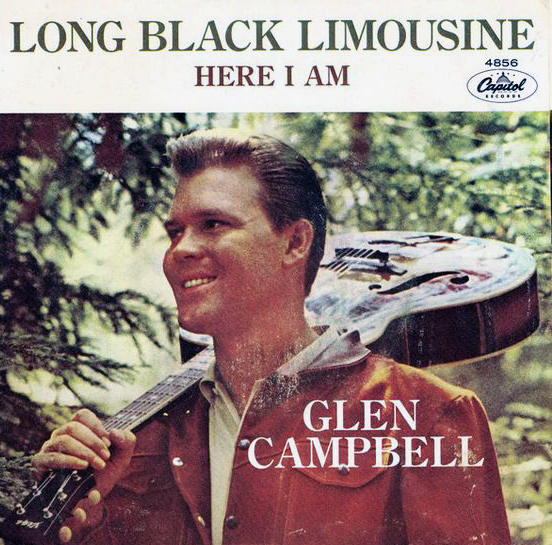 After moving to Los Angeles in 1960, Glen Campbell released his first record at Capitol, Big Bluegrass Special, in 1962. It was a bluegrass album and the front cover certainly portrayed a bluegrass setting. I had come to think the guitar Glen was holding was a prop, as matching it up with a corresponding archtop had proven futile. 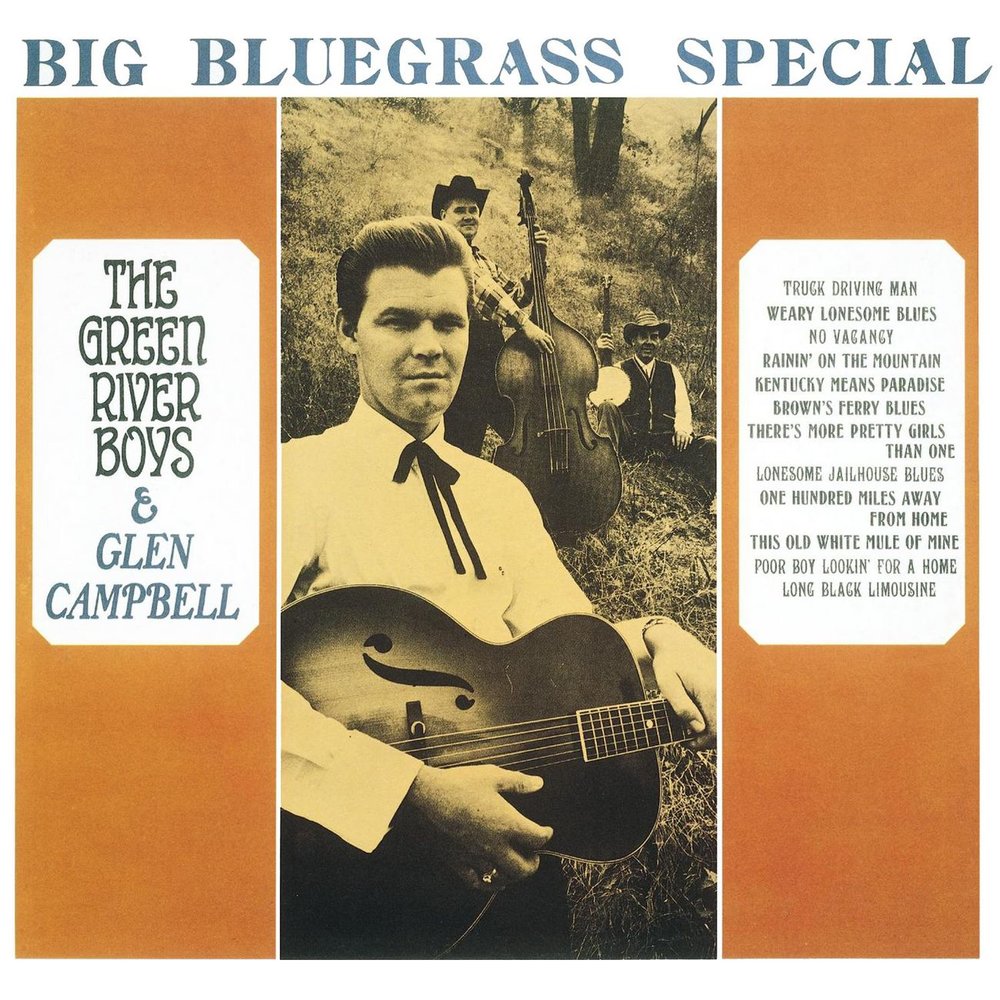 
In 1963 Glen Campbell released "Too Late to Worry, Too Blue to Cry". Glen certainly was transitioning away from bluegrass into a more mainstream country sound, and the cover portrayed more of a "pop" look to Glen. But once again, there was that prop guitar, that defied identification. Cowpoke suggested that both photos were taken at the photo shoot for Big Bluegrass Special. 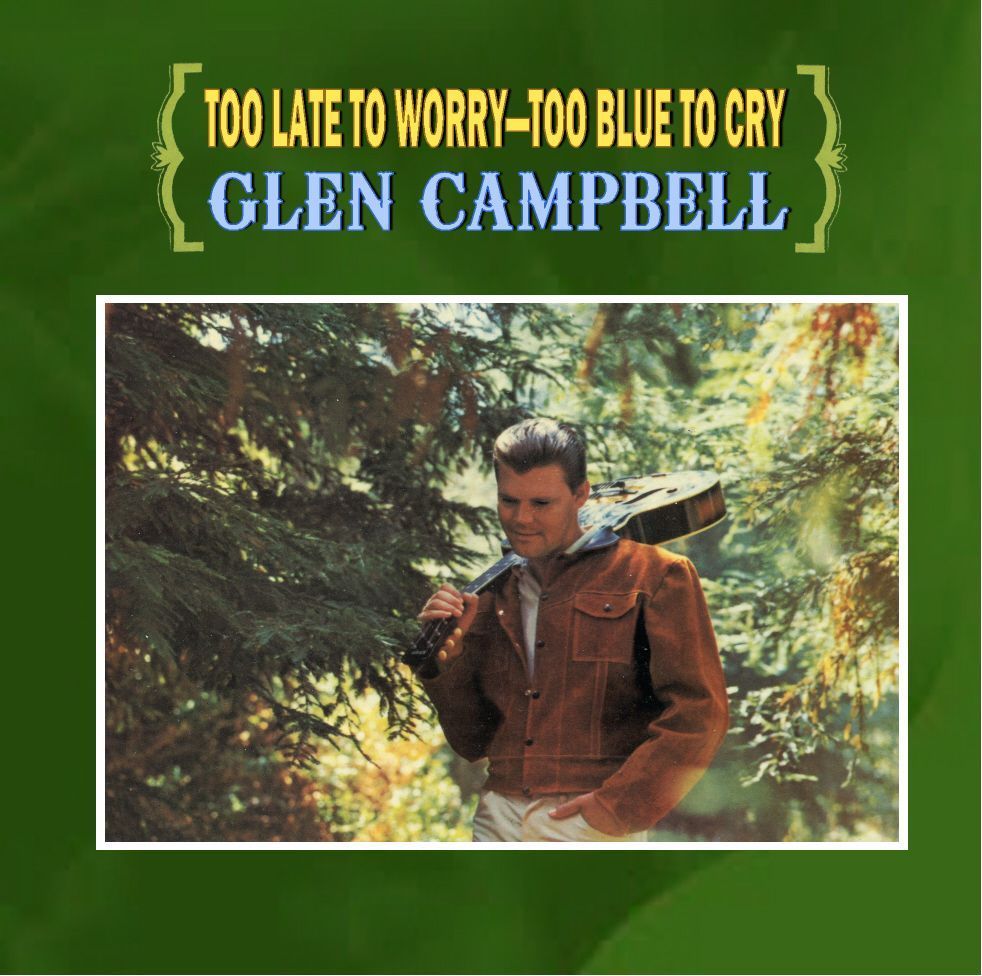 
Luckily Cowpoke had another picture from that photo shoot and was able to grab a shot of the headstock. It turned out to be a Vega guitar. 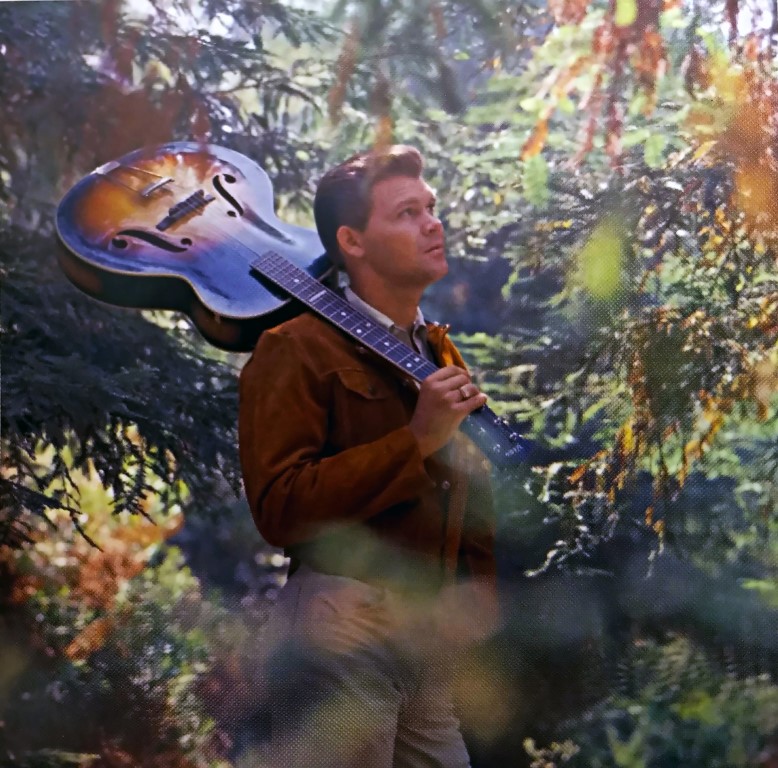 Vega began their business in the late 1800's making band instruments and very good banjos. Around 1930, they began producing archtop guitars, with backs and tops carved in the manner of violins. These first guitars were considered excellently made and were sought out by jazz players. As time passed, the quality of the guitars declined. Martin bought Vega in the 70's, due to their popular banjo line and produced guitars with the Vega headstock, on a Martin built guitar.

So, it appears that the guitar on Glen's first two albums is a 1940's Vega C26 Archtop Guitar. Whether Glen actually played this guitar or used it as a prop for the photo shoot, is unknown. At some point, around this time, Glen would obtain his Martin and also work his way into playing a Mosrite. 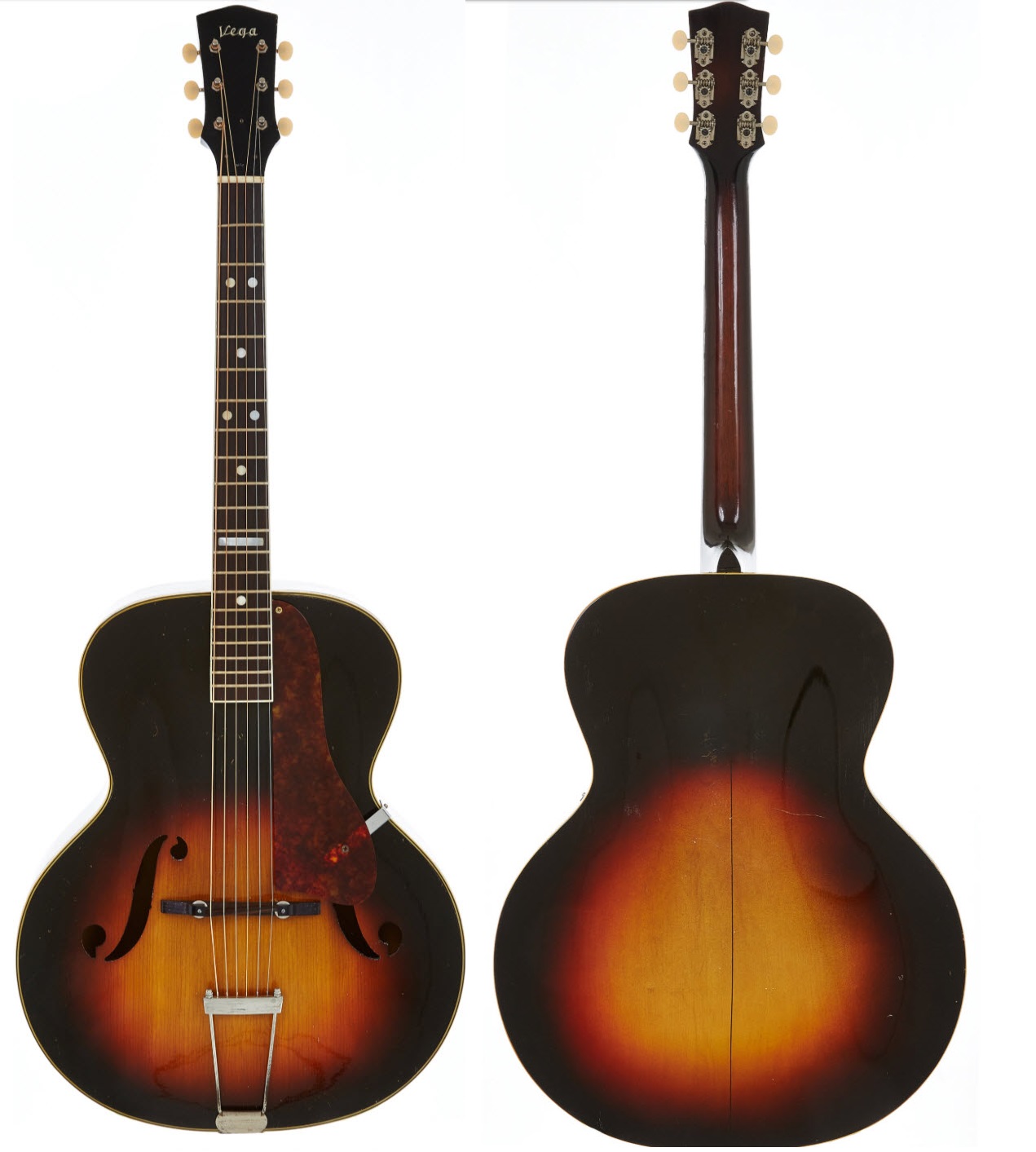 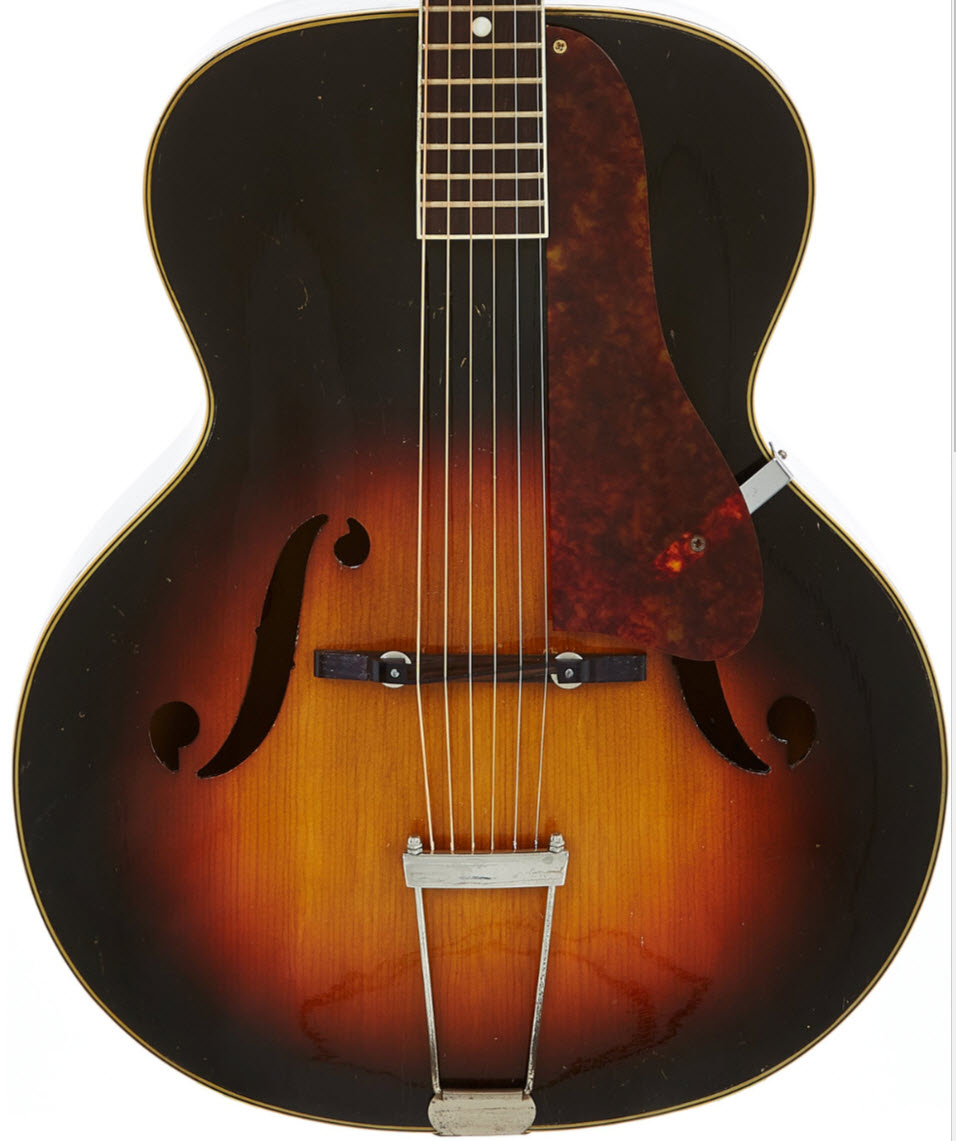 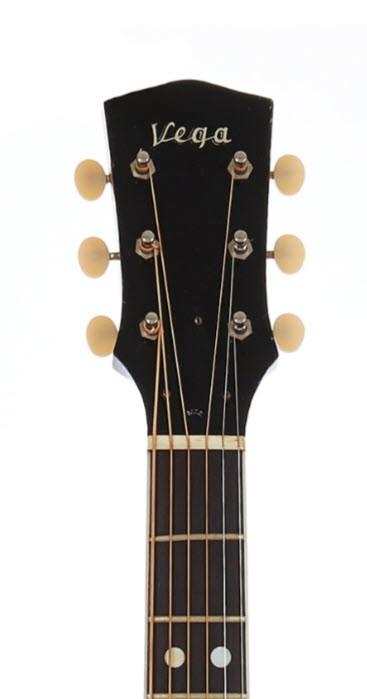