A look at the history behind many of the guitars Glen has used throughout his career.
Post Reply
33 posts 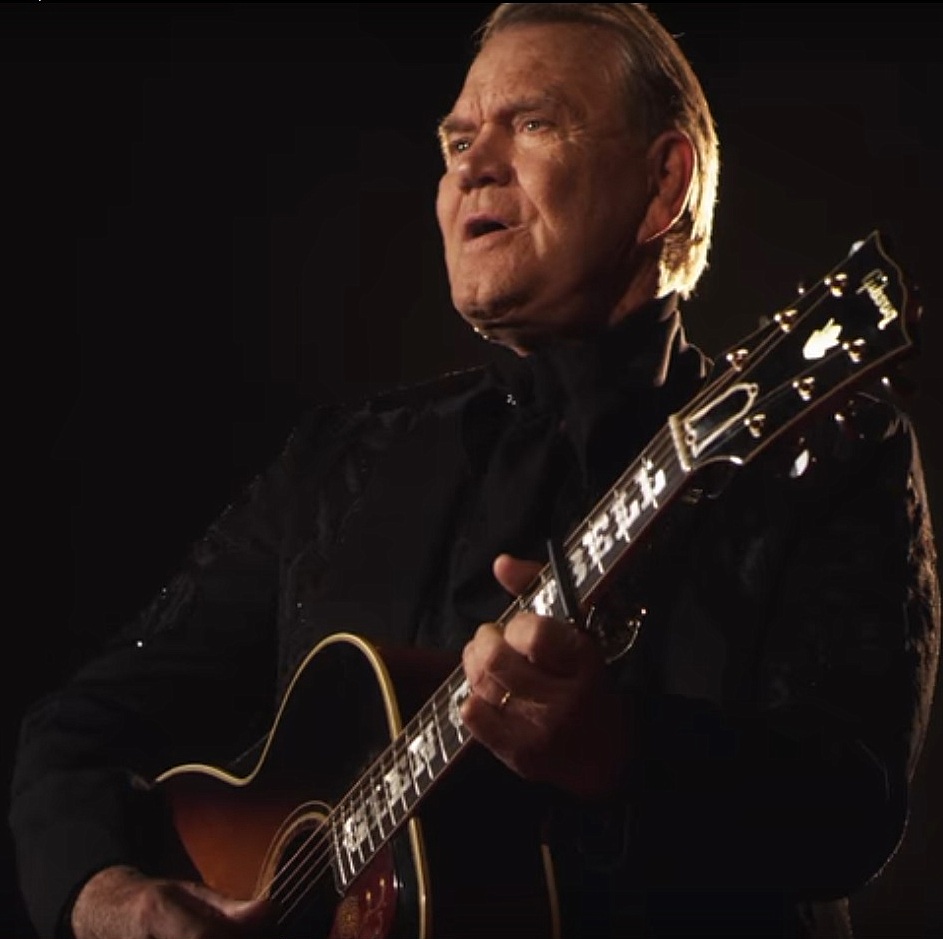 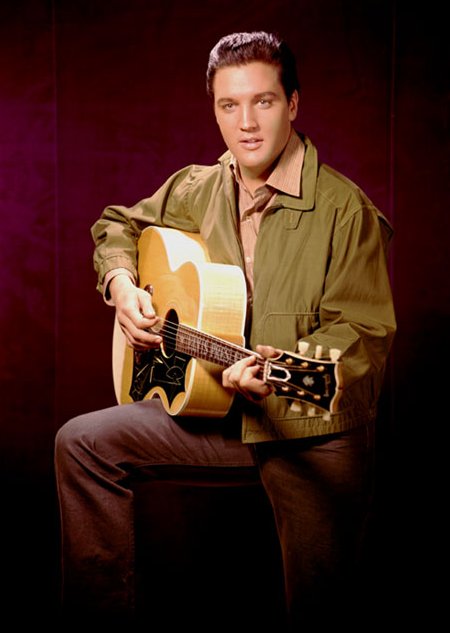 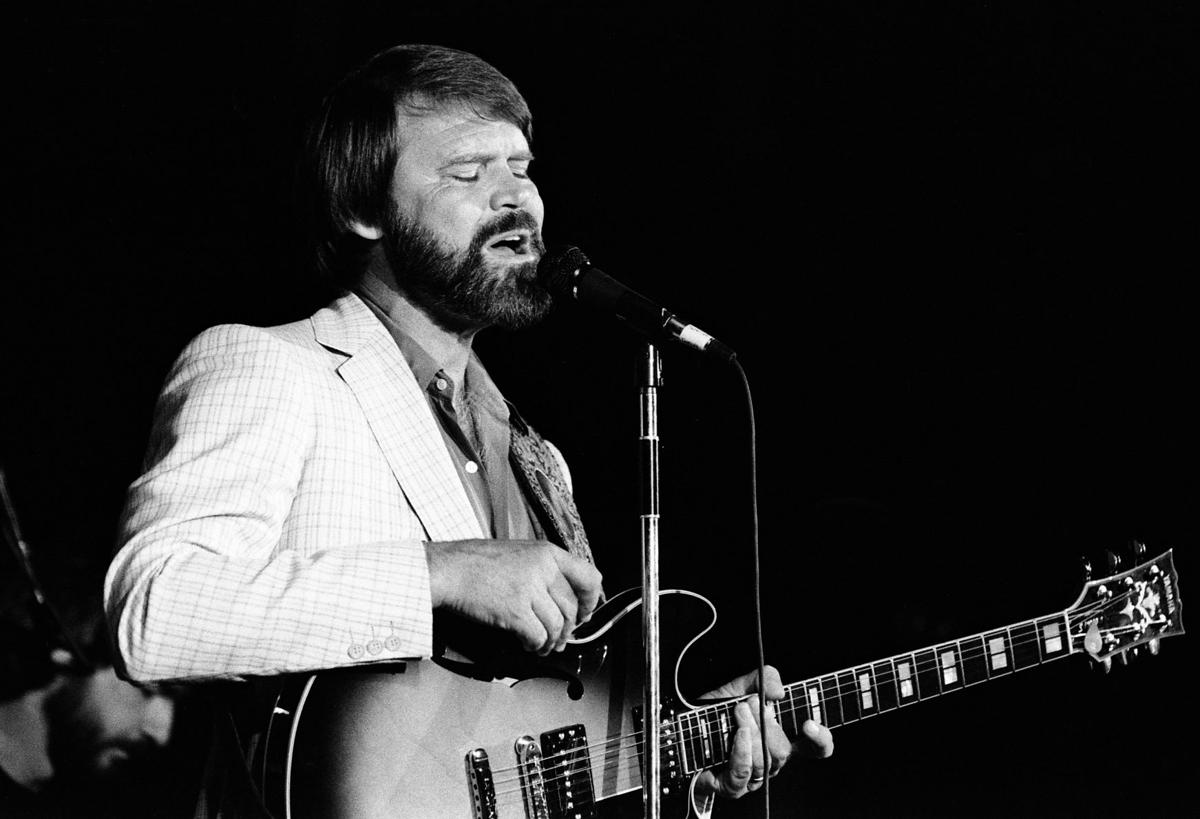 In 1977 Yamaha introduced an entirely new version of their venerable SA line of acoustic-electric guitars. These were called 'Super Axe' as seen on the headstock of some models, but what makes them really special is that these were the first Yamaha's to closely emulate the ES-335, which all SA's since have followed. Prior to this only two models were actually semi-hollow body, and while beautifully designed, you would never mistake one for an ES-335. 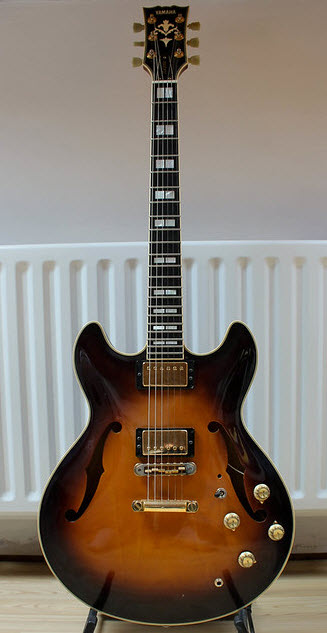 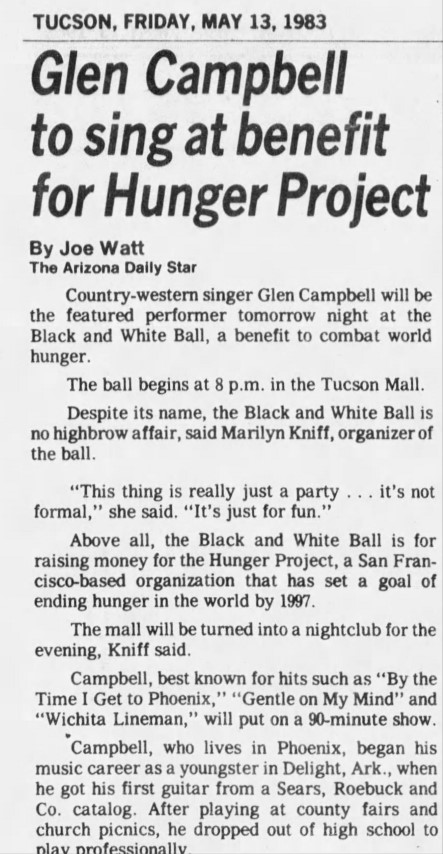 
Glen went through a period where it appeared he preferred a Gibson ES335 as his electric guitar. The Yamaha that he played for this benefit seems to have been one Glen borrowed that was a knock off of the Gibson. 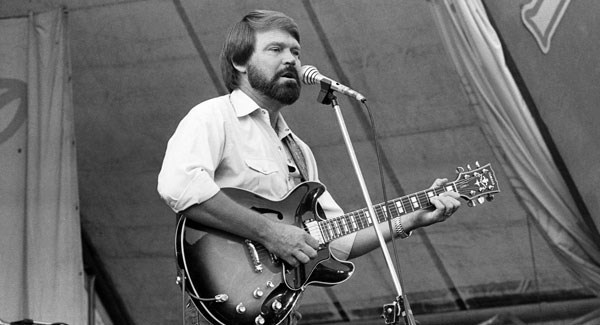 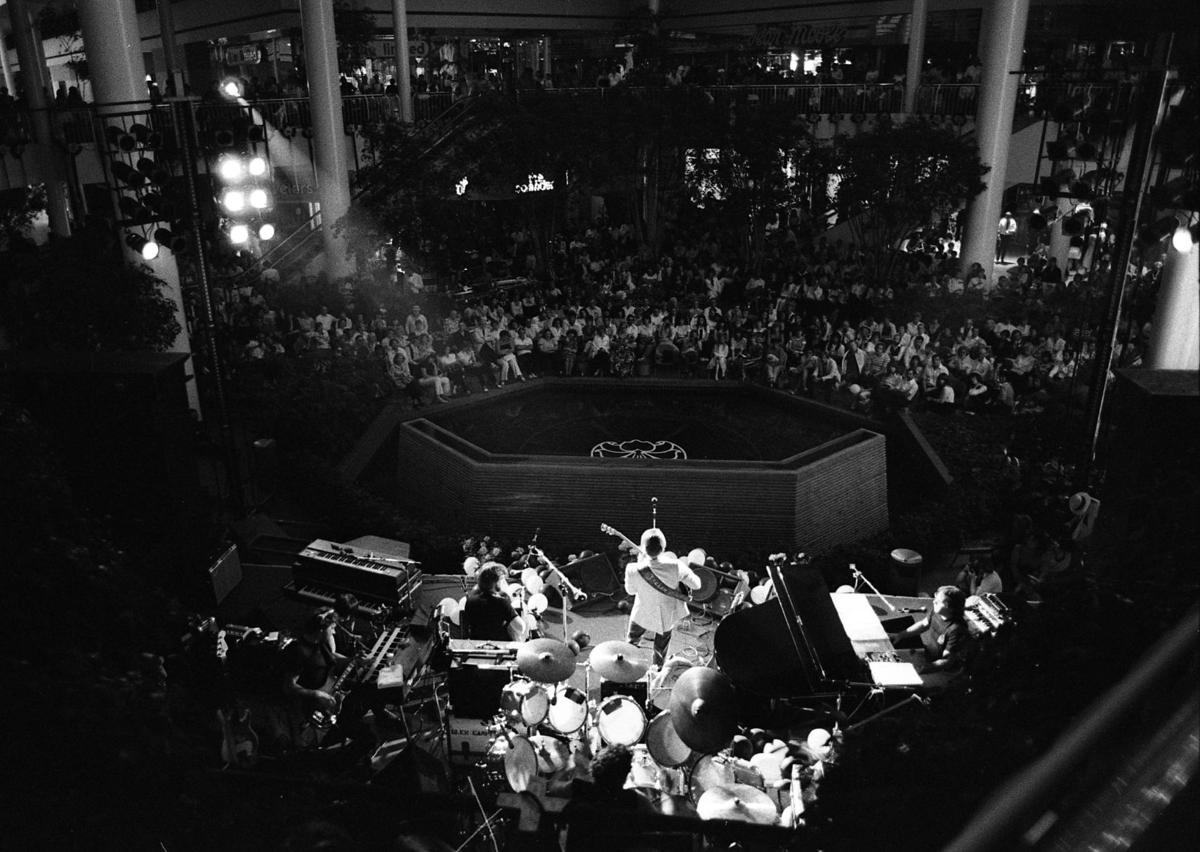 He plays it with Ray Stevens in this 1982 clip.

The Gretsch White Falcon was introduced in 1954 as a top of the line showpiece for the NAMM show, but a bass model wasn’t put into production at the time. In 2007, Gretsch introduced a bass to the White Falcon line.


Around 2008 Julian Raymond contacted Gil Chavez to personalize a White Falcon Bass for Glen and the release of Ghost on a Canvas. Glen was seen with it during a photoshoot. 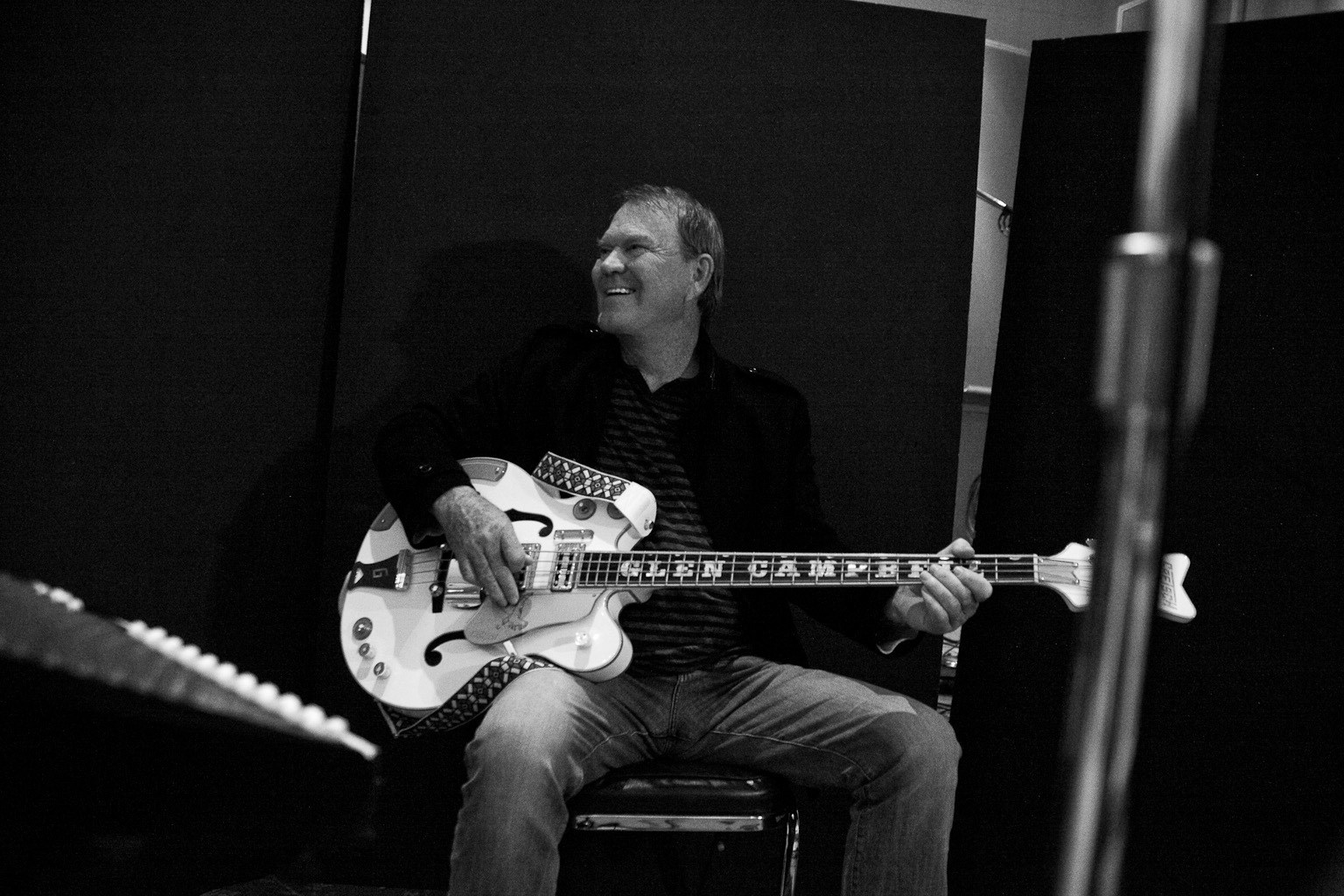 
The Gretsch White Falcon G6136LSB was seen several times during the tour...once on Jay Leno's Tonight Show. Just an observation...this may have been either one of the first white falcon basses or a customized version, as the tailpiece and pickguard are a rare combo on the non-bigsby model, as well as the armguard and upper bout switch medallions. 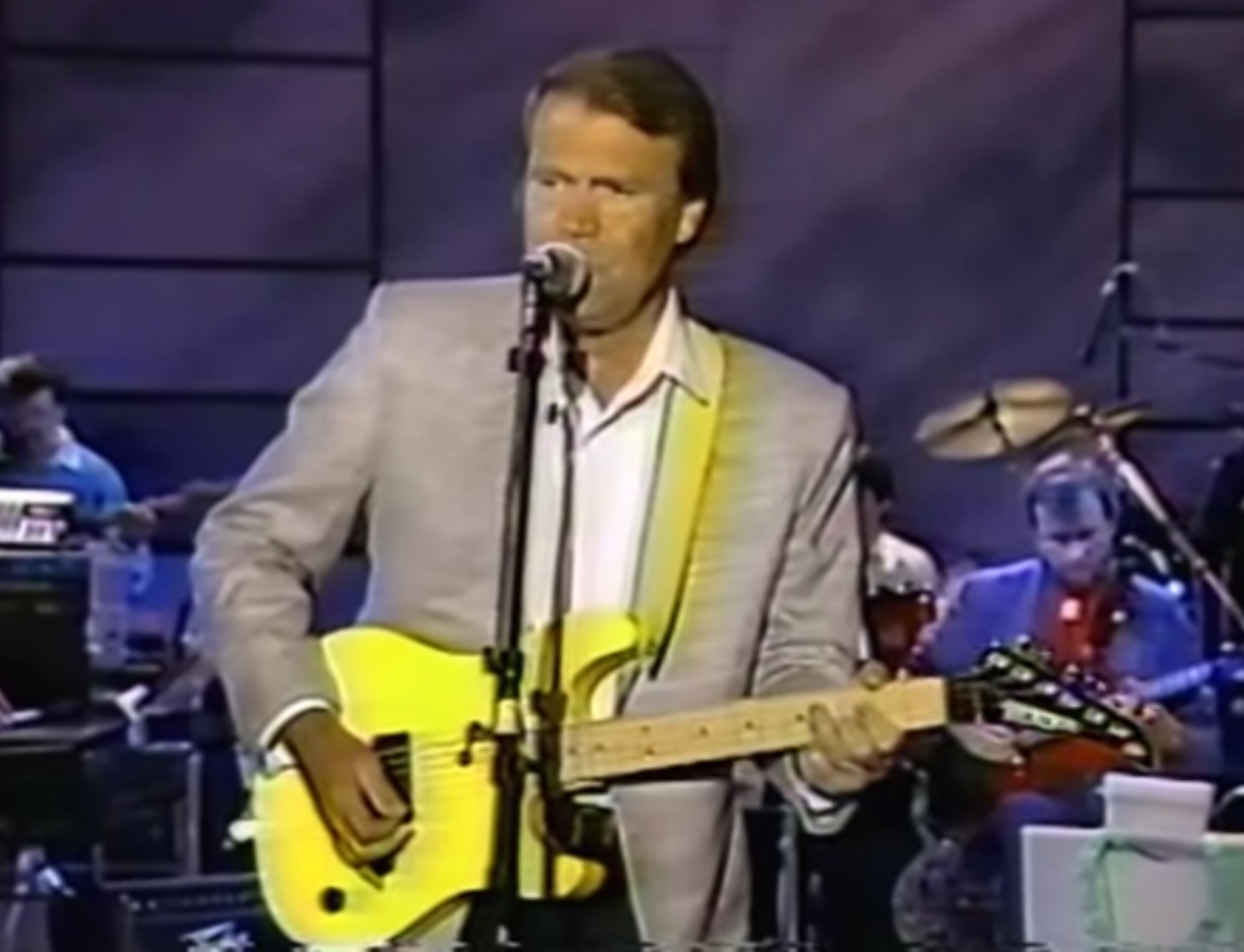 
I have had several people ask about this guitar. Glen was only seen with it once...in a video singing "Unconditional Love".


The Peavey Tracer was produced from 1988 to 1994. They were made in the USA. This guitar has one humbucker in the bridge position with a volume and tone control. Peavey made many different variations and colors of this guitar. 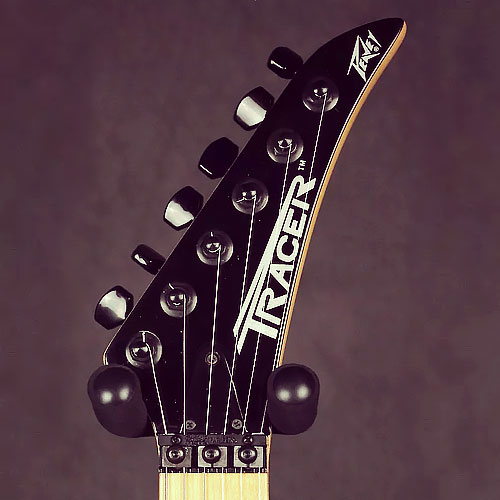 
Jeff Dayton shared that Glen probably ended up with it by asking "anybody got a guitar I can use for this show?" and this is what they handed him. He was fearless like that."


Guitarist Fred Newell’s best-known gig – as a member of the house band on “Nashville Now”...Newell also had some favorite no-frills guitars in those times. He fell in love with a basic one-pickup Peavey Tracer, and he had a wiring modification that interpolated a coil roll-off circuit installed in the Tracer by a luthier/technician in the Nashville area. “I’d told Peavey ‘Send me the cheapest guitar you’ve got’,” Newell recalled with a chuckle, “and that little sucker was dynamite. I thought it sounded great. As a matter of fact, Glen Campbell heard it when I used it on ‘Nashville Now,’ and borrowed it for some sessions.”

Many thanks to Terry Bilbrey for initially ID'ing the guitar. 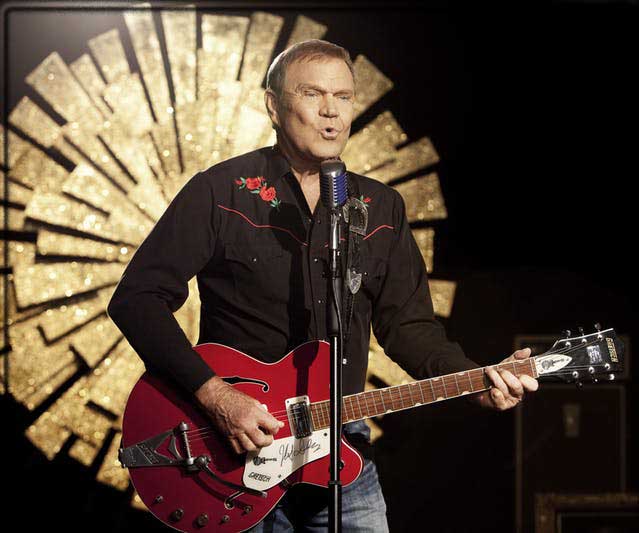 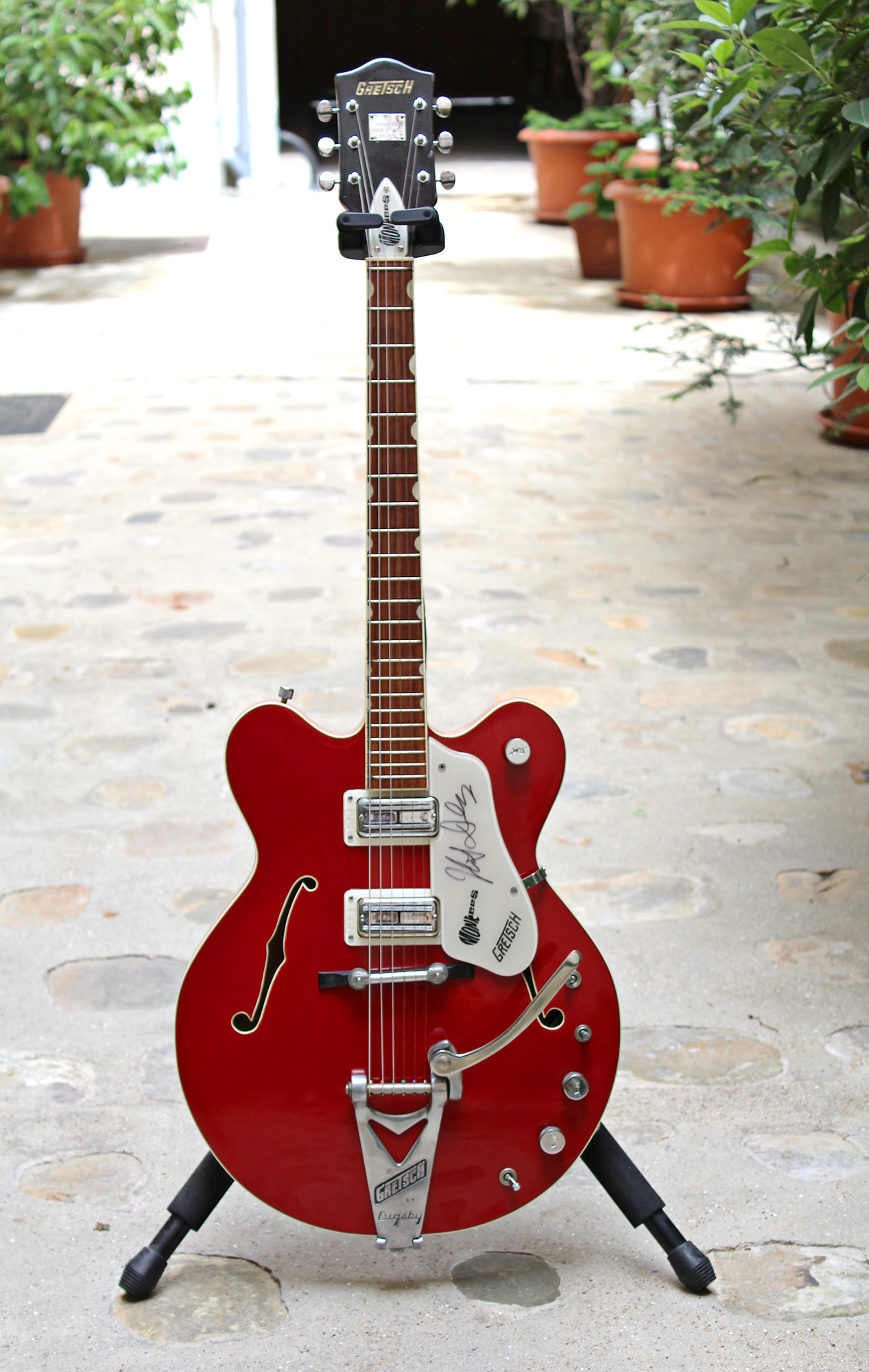 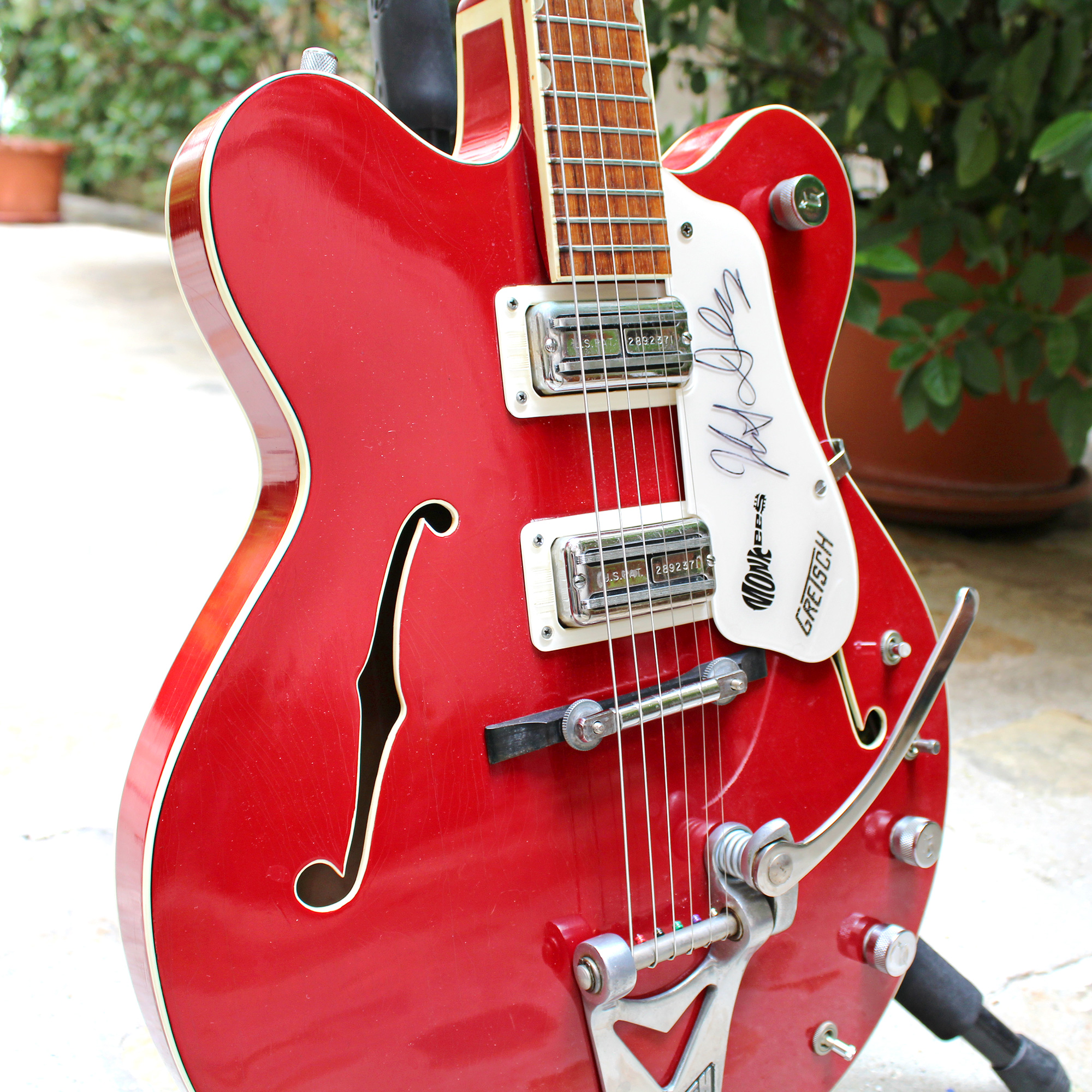 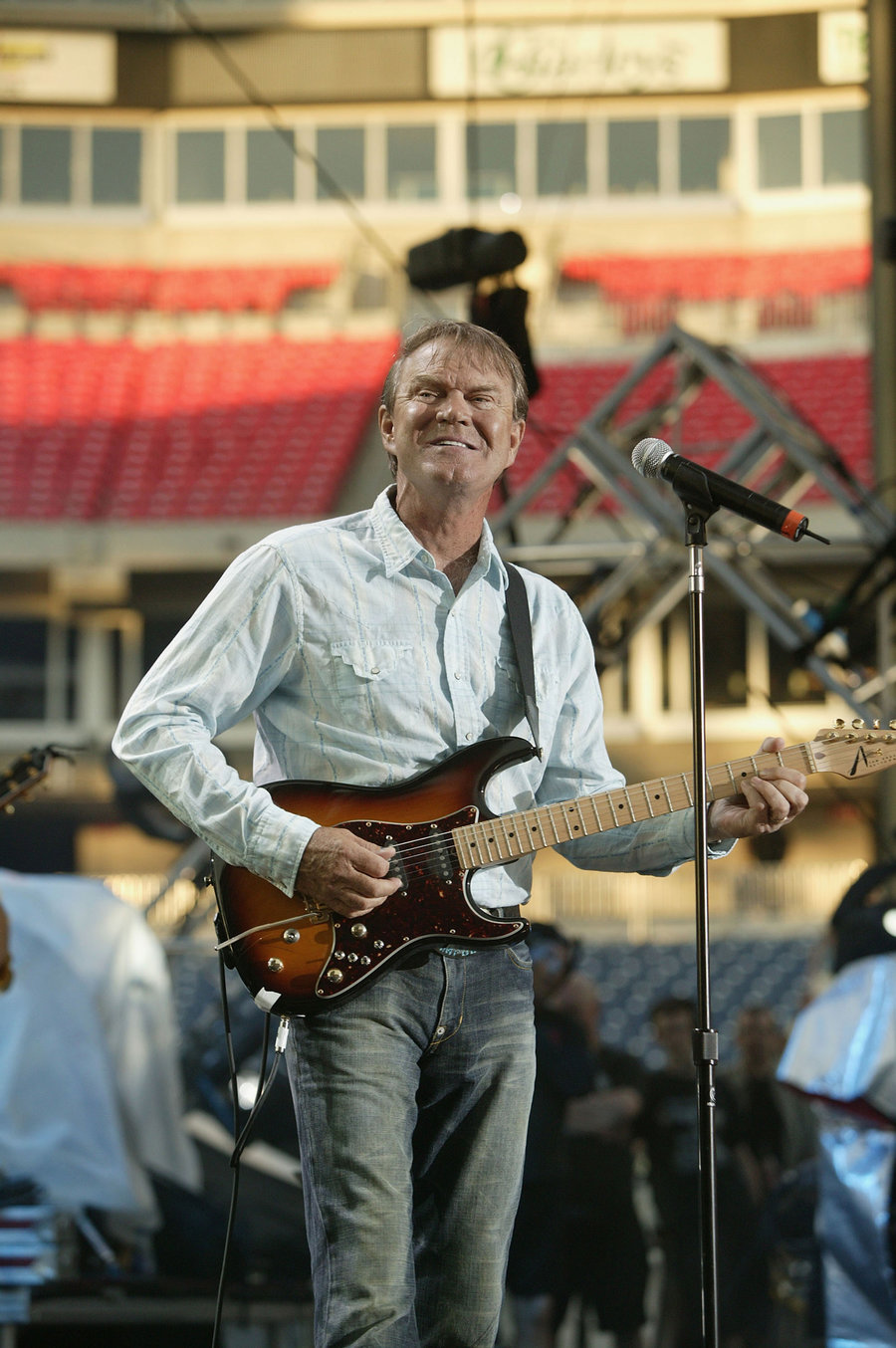 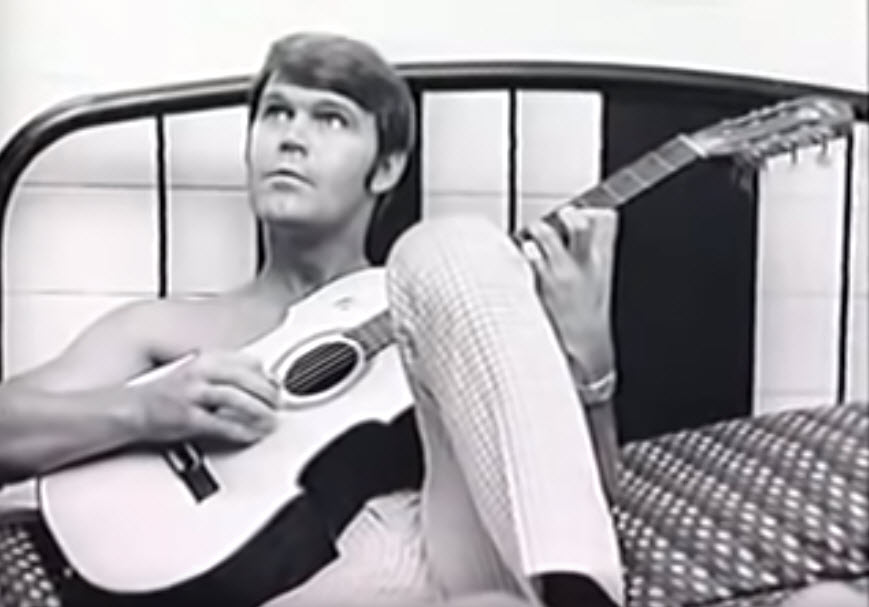 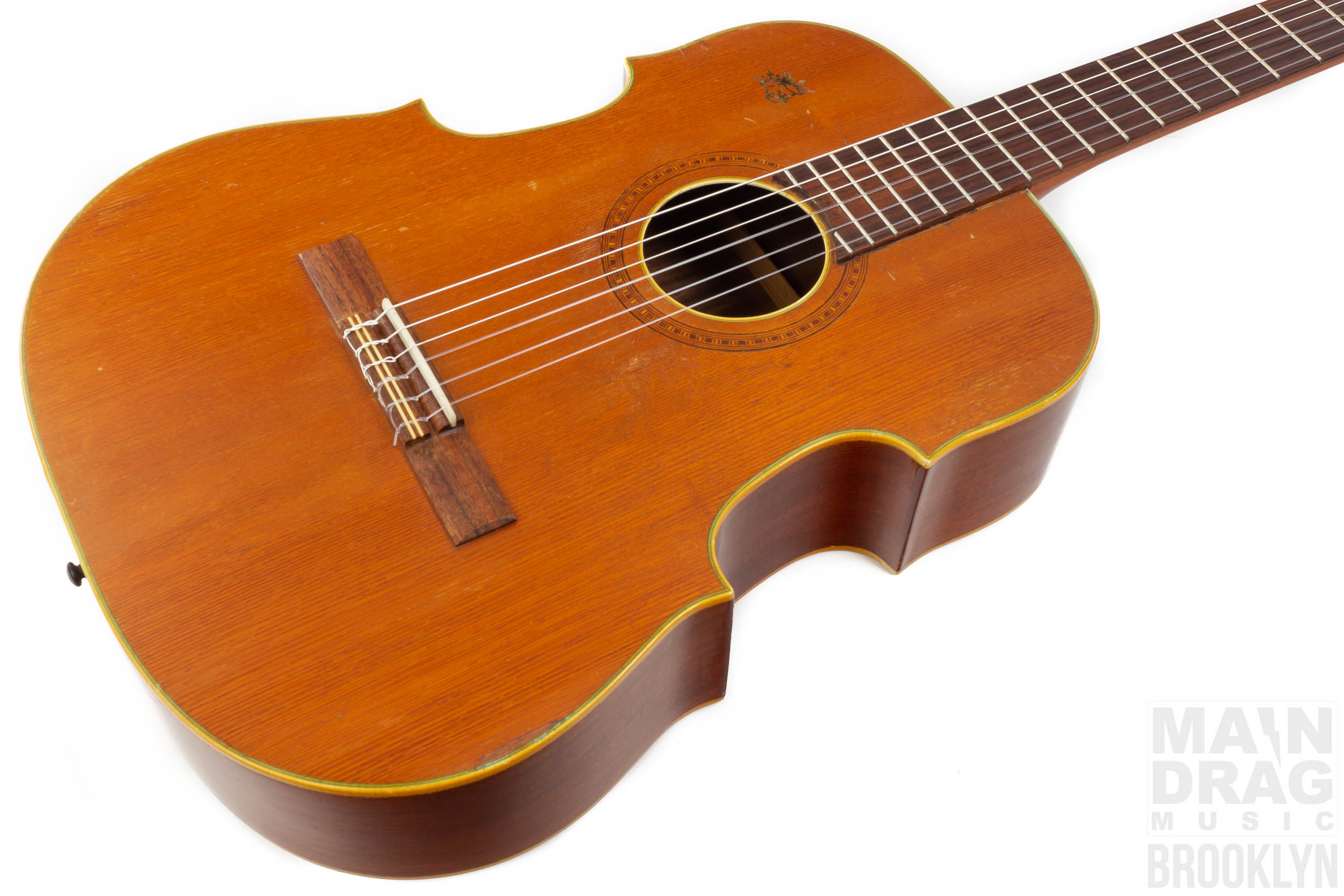 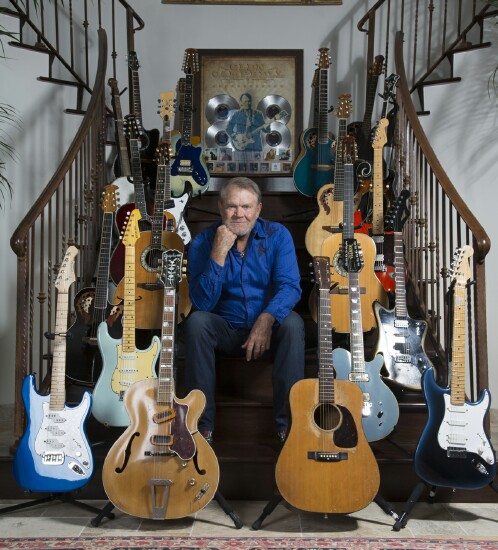