In 1968, Glen was seen at several venues with a smaller 12 string Martin. His time seen with it was only during 1968. Glen typically played full-size guitars, especially when it came to 12 strings.

Bobbie Gentry and Glen Campbell was released on September 16, 1968. I assume the photoshoot was earlier in the same year. An evening photo captured Glen and Bobbie, each with a guitar, staring down the street at night. Bobbie had a preference for playing Martin parlor guitars. She is resting on her 50's Martin 5-18. Glen is holding a little larger Martin 12 string...or is it??? 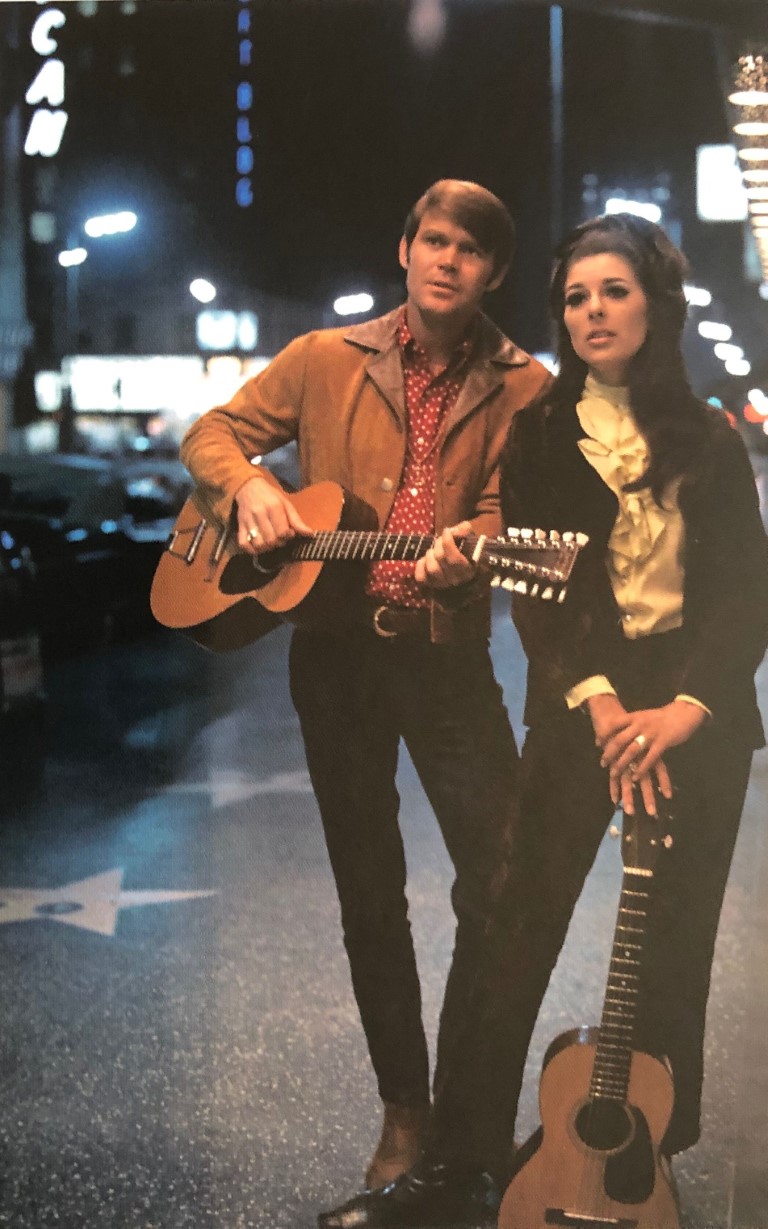 
In June of 1968, Glen hosted "The Summer Brothers Smothers Show" and was using the 12 string Martin. 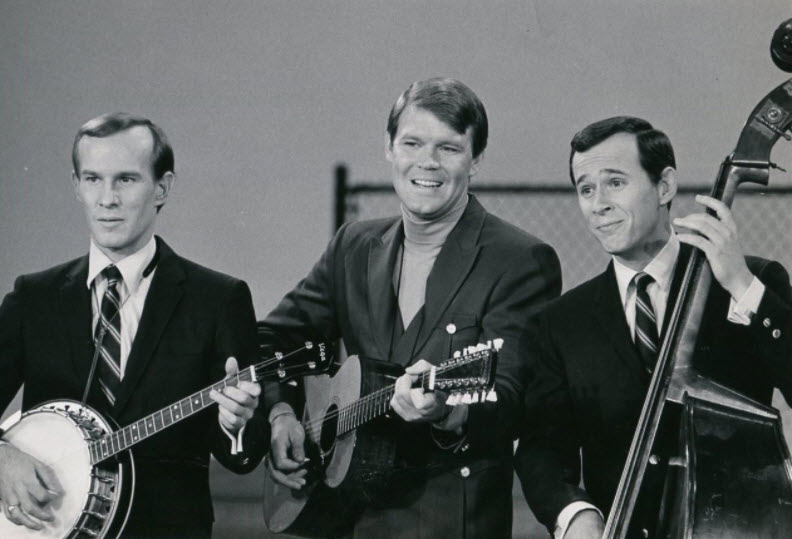 I have always wondered about this Martin 12 string Glen used during this period of time in '68. The tailpiece was a sure indication it had been modified. With a little help from the folks at The Unofficial Martin Guitar Forum, I think I figured it out....


If you look closely at the head, you can see that the tuning pegs extend PAST the Martin logo, EXTREMELY CLOSE to the top of the head...indicating that a luthier squeezed three more holes on each side of the head to create a 12 string. 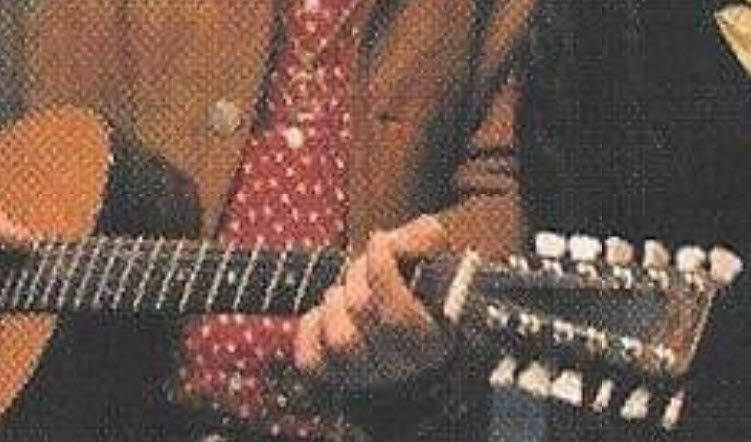 
Adding the tailpiece to the Martin acoustic meant you didn't have to worry about string holes in the bridge - you could just slot your saddle for the 12-strings and leave the bridge in the stock position. Additionally, prior to 1968, Martin had never created a 12 string without a slotted head!