An Early Picture of Selva's Resort (The Paradise Club)

Sixty years before it was the Paradise Club ...forty years before Glen was born ...Fernando Selva, an immigrant from Italy, bought some land east of Albuquerque in 1887. This land was located in Tijeras Canyon(Tijeras, meaning “scissors” in Spanish, was so named because the major trails, north-south, and east-west, came together like scissors). He opened a roadhouse known as "Selva's Ranch/Resort". A fire destroyed the original structure in 1898, which was rebuilt soon afterward.

It is believed that this picture of "Selva's Ranch/Resort" was taken around 1900, give or take 10 years. There is a dirt road (trail) that runs in front of the main structure. At some point, Route 66 would take its place. 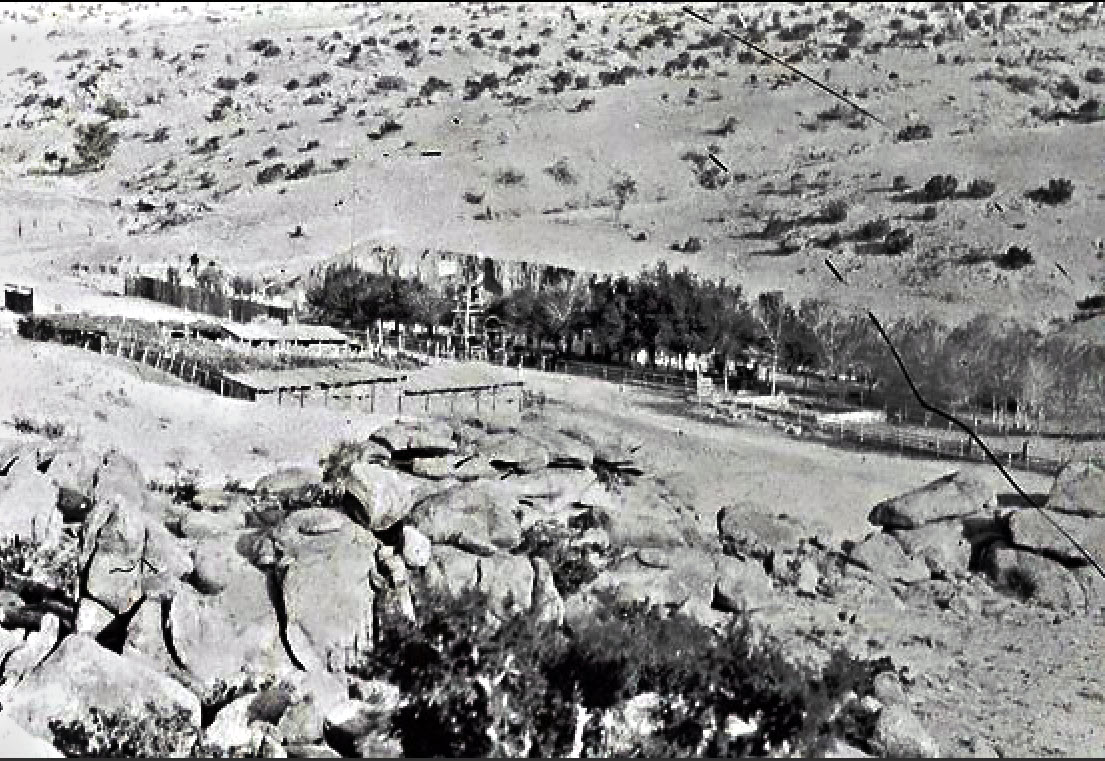 I truly appreciate Mo Palmer for providing this picture. Her memories of this area have proved invaluable.

If you read about Glen’s time in Albuquerque, one of the clubs that he frequently played was The Paradise Club. The Paradise Club had several names throughout its long club history. It was located about 15 miles east of Albuquerque (which today is 1 mile east of Central and Tramway) in Tijeras Canyon on Route 66, close to the small town of Carnuel. Over the years, several different structures occupied the setting, all of them burning down and being replaced with another structure.


Here is a postcard that depicts the area probably around 1940: 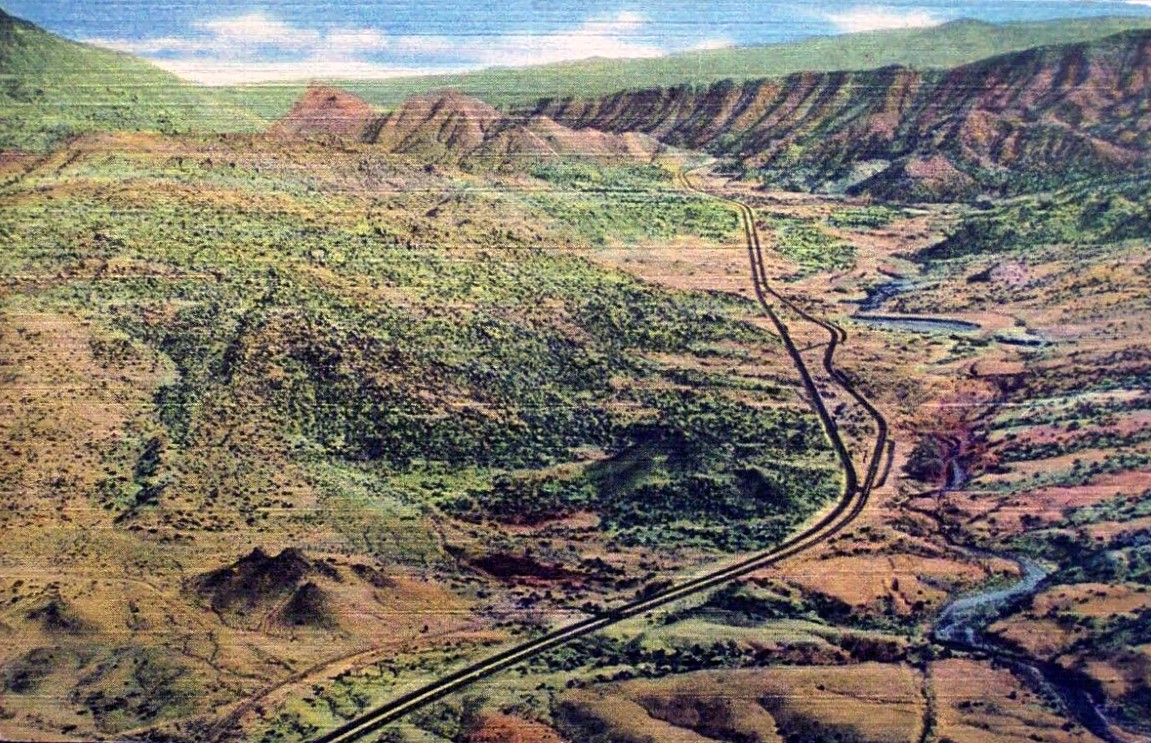 Here is a current Google Map view of the historic postcard picture, which indicates where the Paradise Club was located: 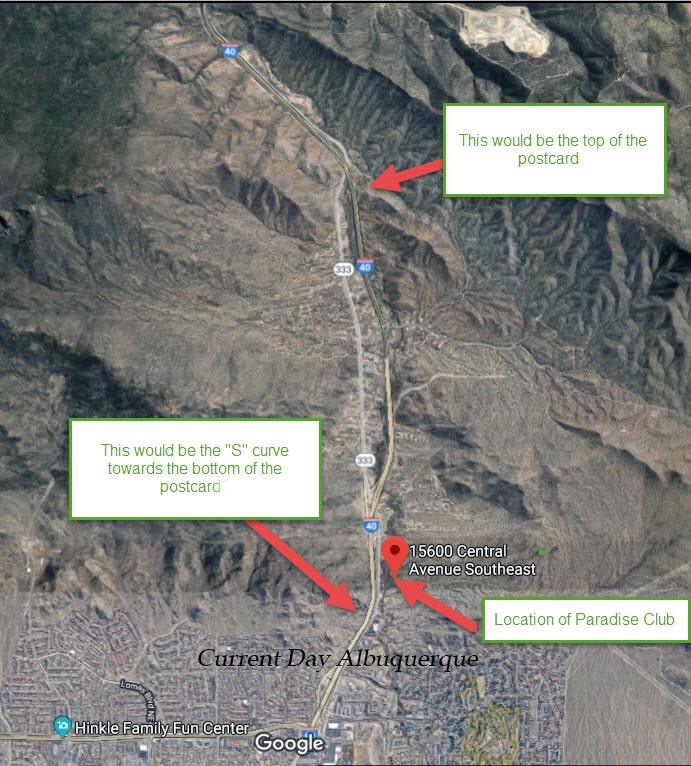 Ferdinando Selva, a stone contractor/cutter, acquired property in Carnuel in the Tijeras Canyon on December 28, 1887, and opened a roadhouse known as "Selva's Ranch/Resort" in the early 1890's.

In 1898, a fire started, burning a good portion of the building. It was put out with blankets, but started up again the following morning. Later that morning, it rekindled and burned the remaining structure completely down.


On September 3rd, 1922 a Dancing Pavilion was added. This is what is believed to be a 1925 picture of Silva’s Resort and Dance Pavilion. 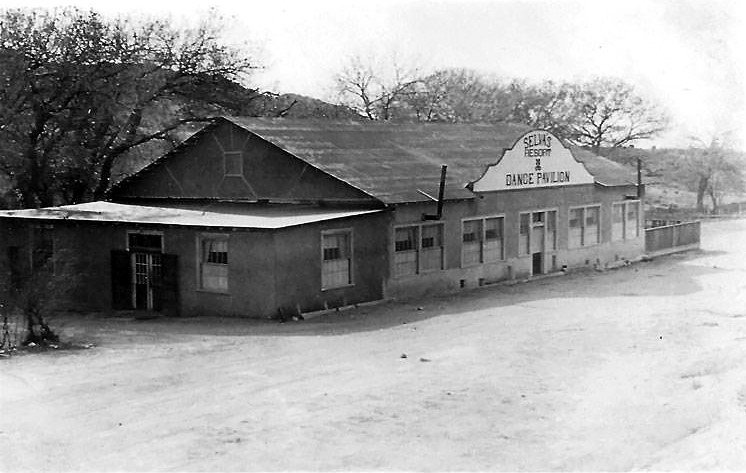 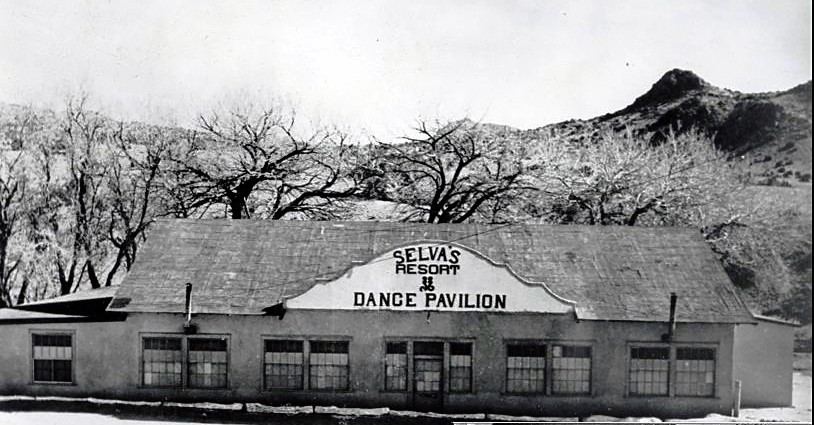 This structure caught fire and completely burned down in 1939 and was re-opened as the Paradise Valley Dude Ranch in May of 1940. Here is an ad from 1950:


Although it appears that no pictures of the club are available…this is a picture, from around 1970, is of the feed store that inhabited the same structure that was open in 1940. 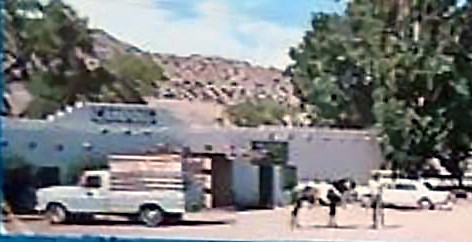 Building that was once the Paradise Club
Spears Feedstore.jpg (34.21 KiB) Viewed 2447 times

The grand opening of the Paradise Club occurred on November 29, 1951. 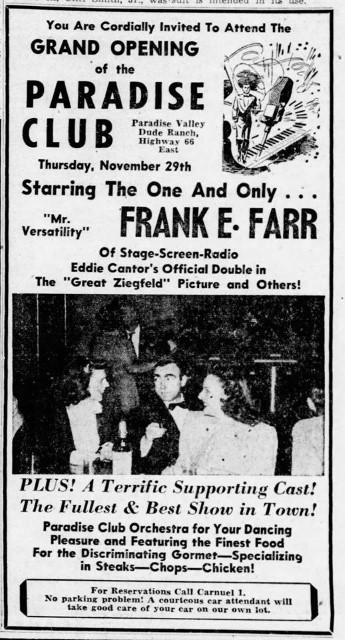 In 1953, The Paradise Club changed owners and the Embassy Club opened in that location. 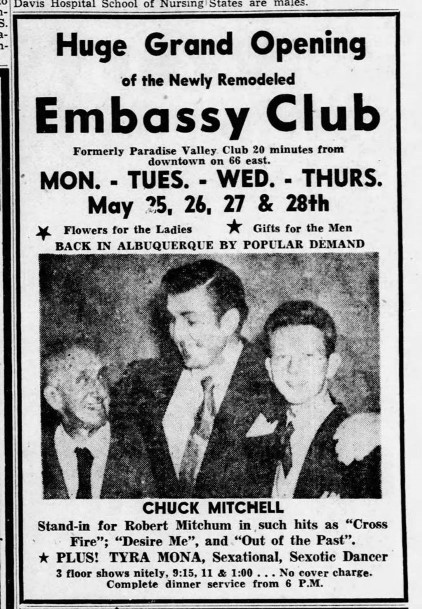 Several more bars came and went until 1970 when it became the Spear Cross Ranch, which was a feed store. 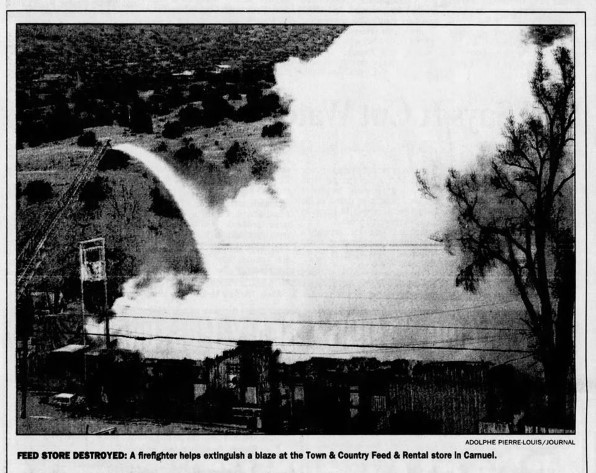 In February of 1999, Town & Country open their newly built store in nearly the very same location as Selva’s Resort. 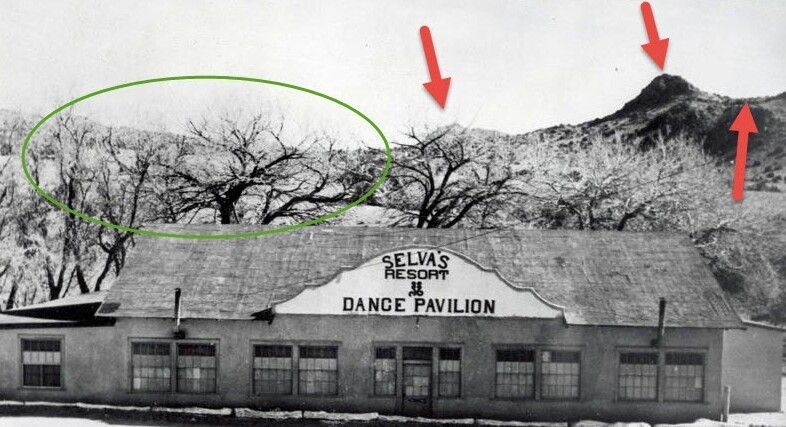 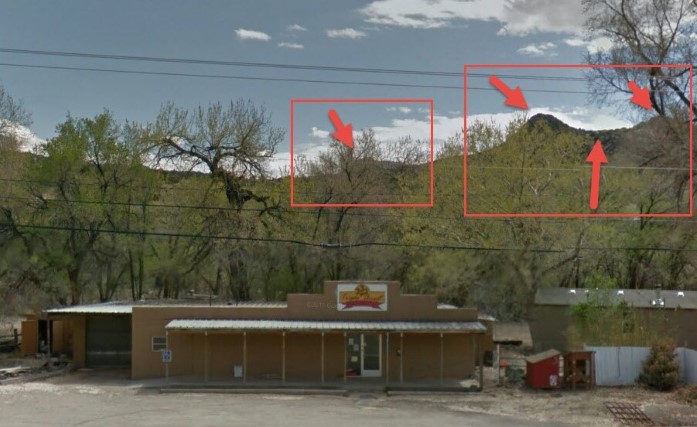 It appears that the Koinonia Church purchased the feedstore and has opened a worship center at the Paradise Club location! 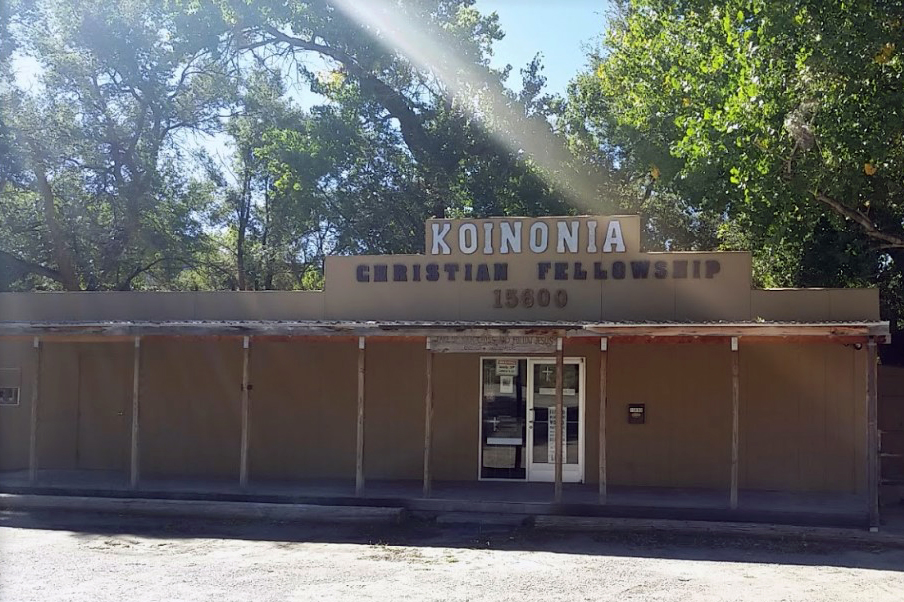 I greatly appreciate Mary Van Dyke, East Mountain Historical Society, Vickie June Bills-Ross and Mo Palmer for their input, memory and research that was indespensible in creating this thread.