This picture was used in a 1970 ad campaign by Ovation, as well as in a 2006 ad celebrating Ovations re-issue of Glen's 1627 Ovation. Although you cannot see the Glen Campbell signature on the head of the guitar, from other pictures in the photo op, it is clear that he is using the original GC 12 that was different than the one Ovation released to the public. 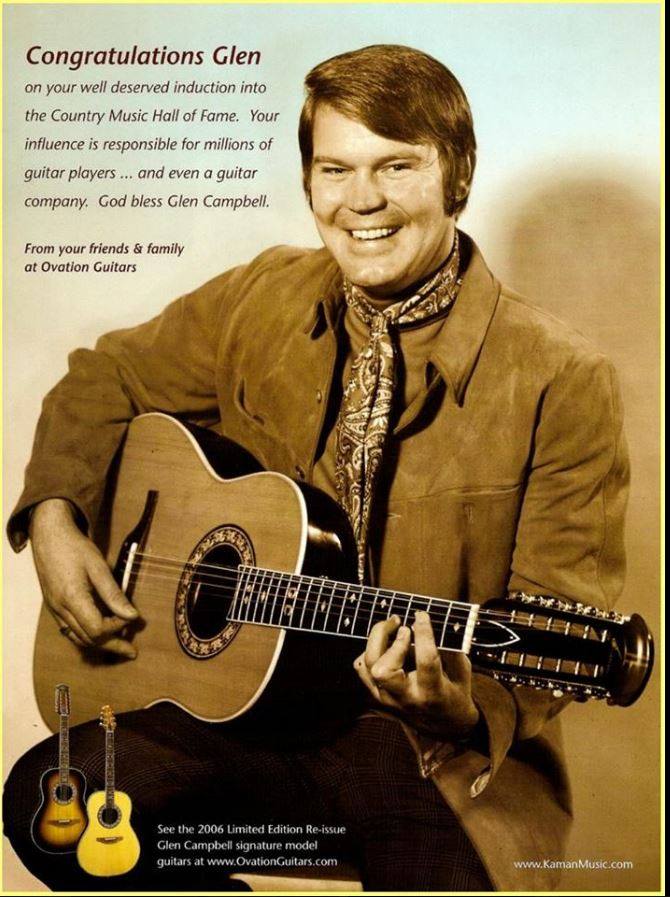 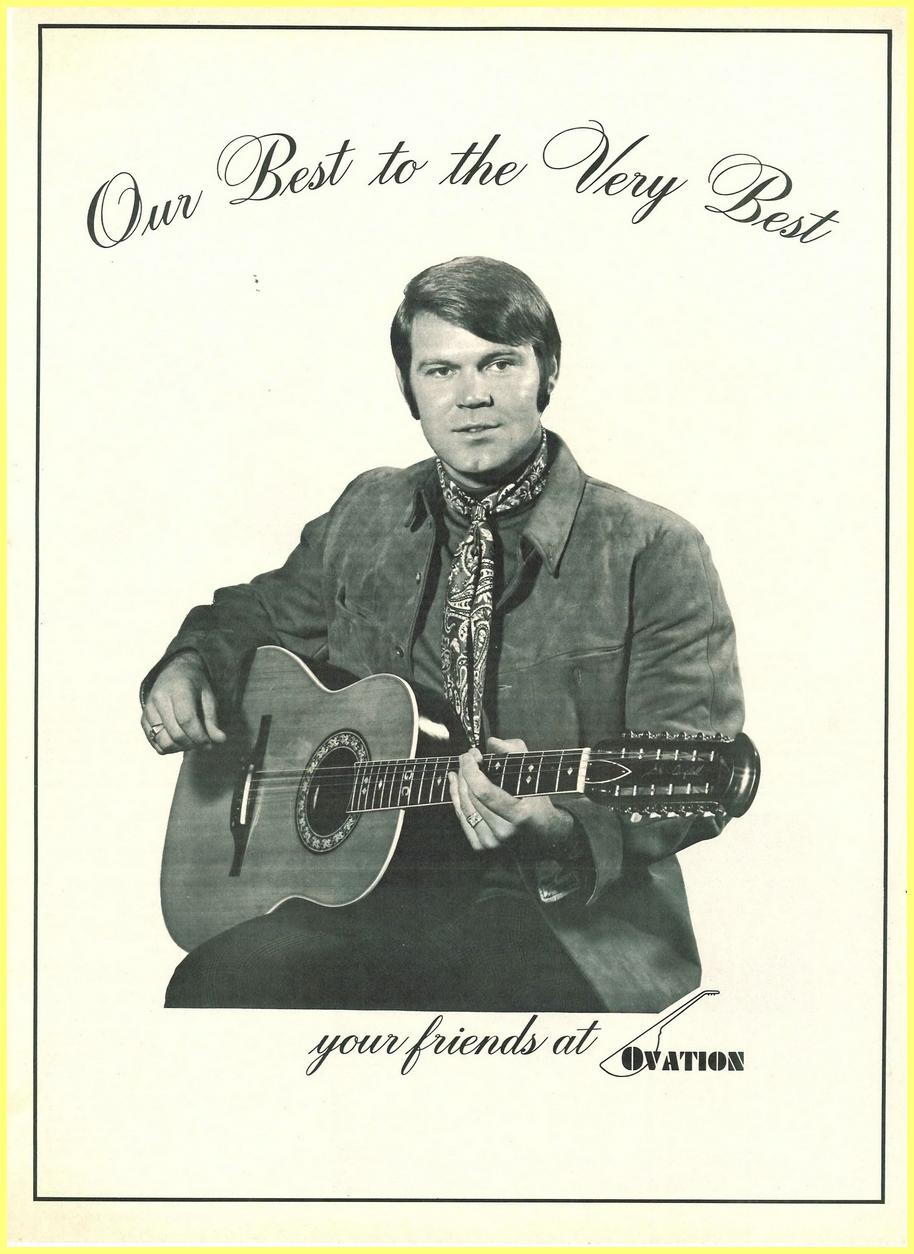 Many thanks to OvationTribute.com for preserving these ads for Glen Campbell and Ovation fans!

I Iive in CT, which is where the Ovation factory was located for many years. I think I have one of the 'model 8" guitars that preceded the model 1118. Can anyone who was on this thread please contact me? Thanks.

Wayne Reid passed this picture along this evening.
Another picture that was taken when Glen played for President Nixon. 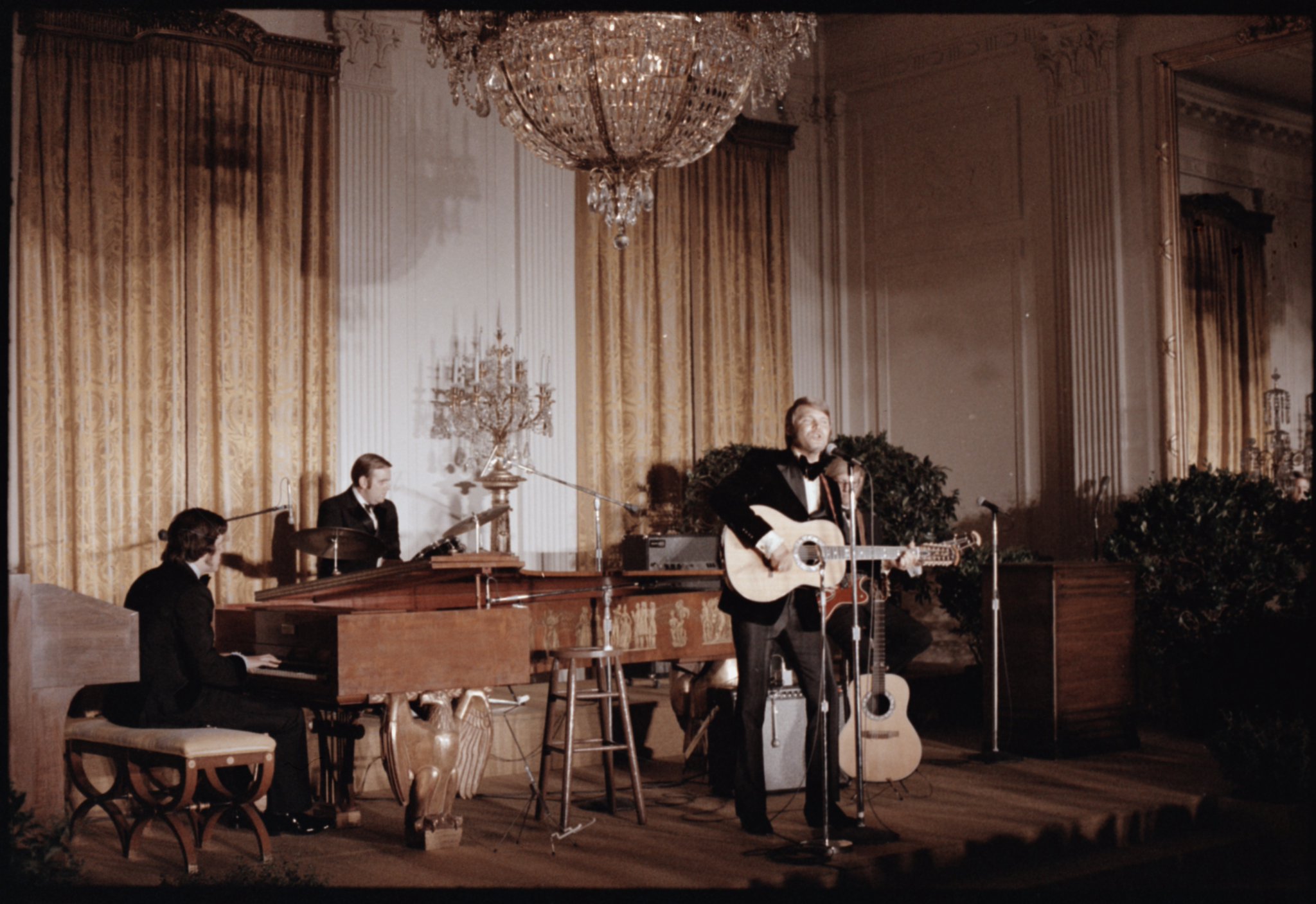 Here is another pic from the same Johnny Cash show of Glen using the same guitar. 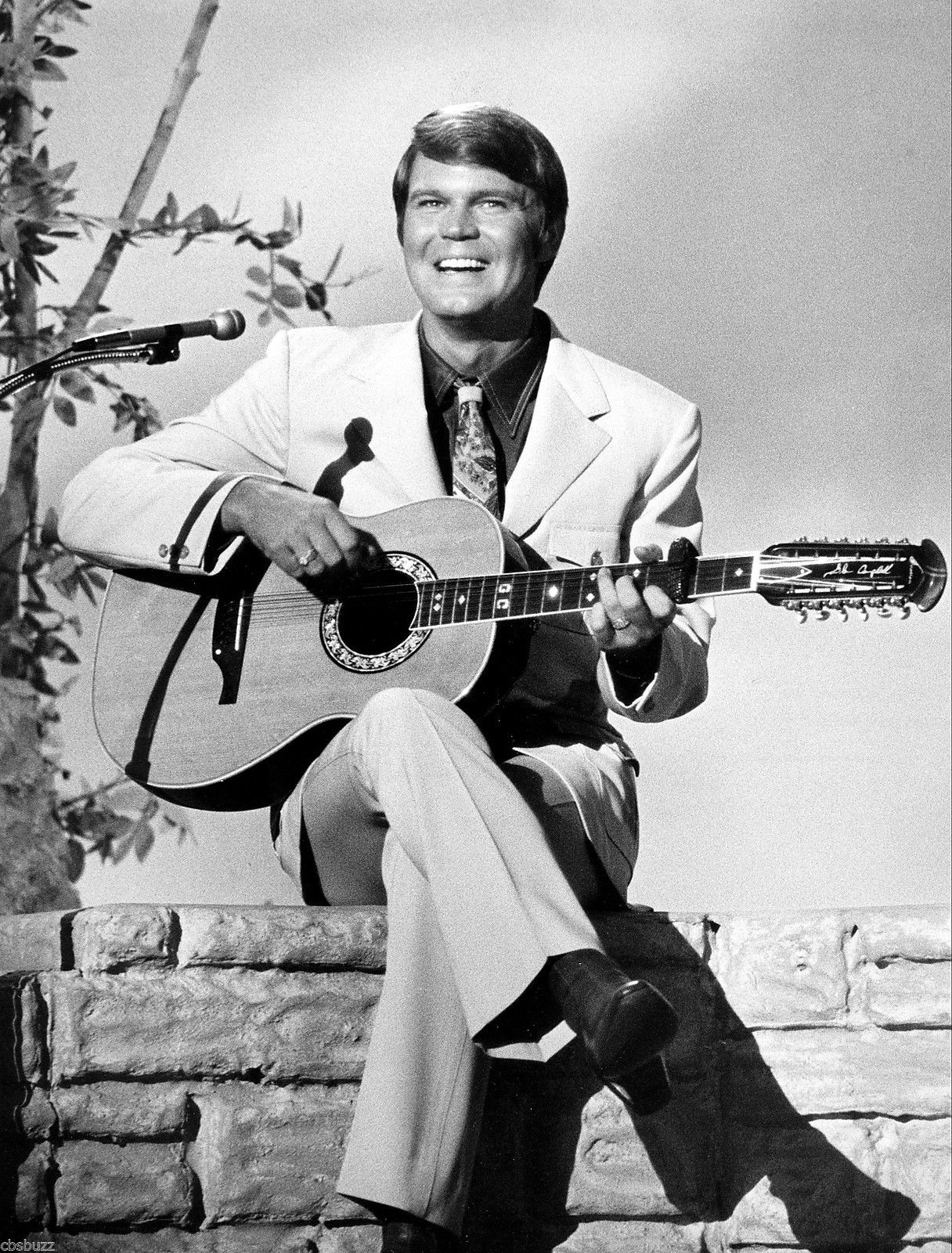 Thanks Jay, for the wonderful job you do with these guitar threads.

I would like to add this photo of Glen and his 12-string prototype at the Whitehouse with President Nixon on May 7, 1971. 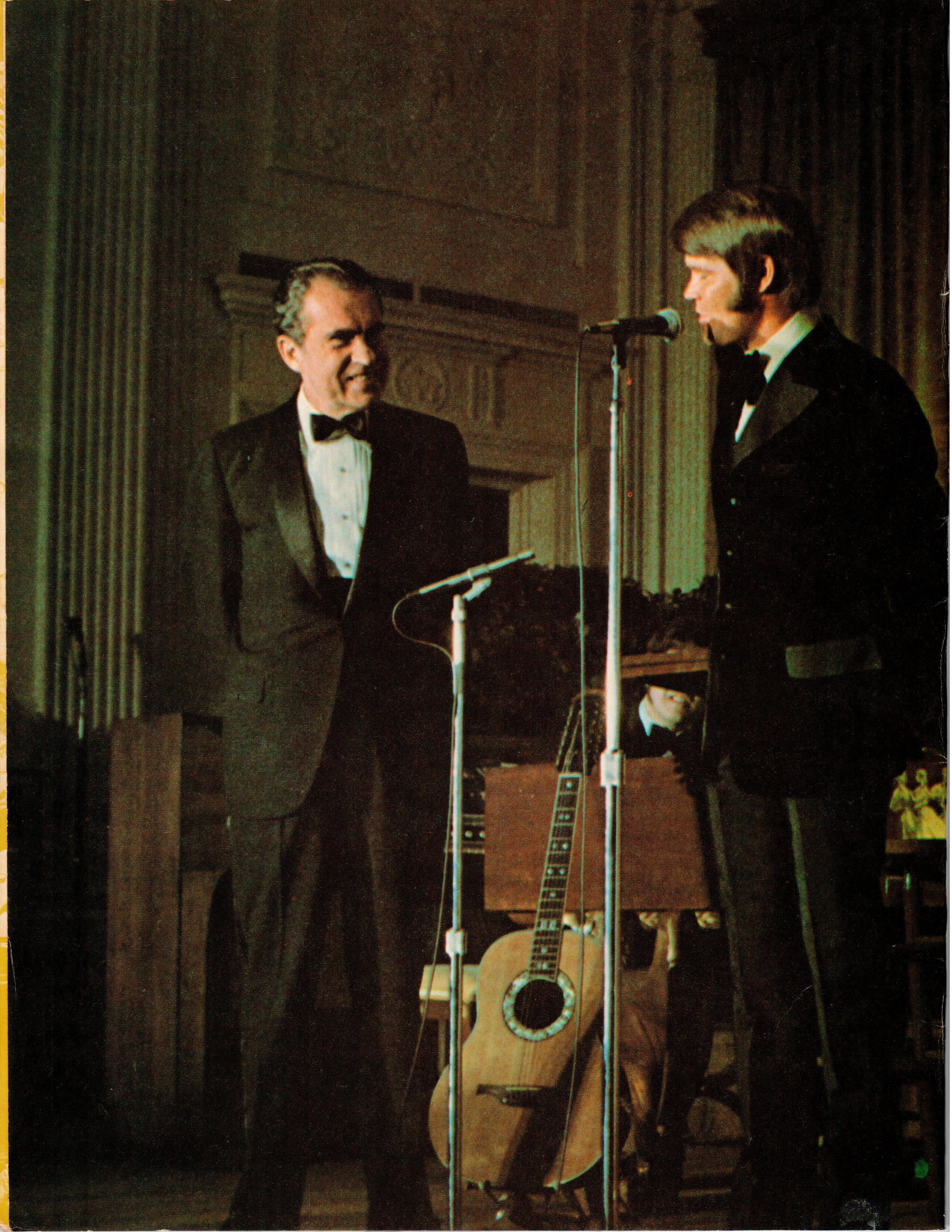 Ovation first introduced their 12 string in late 1967, the Ovation Balladeer 12 String (Credit: Dave Witco). Its' most eye catching feature was a smaller sound hole, bordered by the soundboard and surrounded by an inlaid rosette. 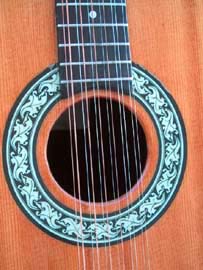 Towards the end of 1968, Ovation added a diamond inlay pattern, gold Kluson Deluxe tuners, a bound neck and a select spruce soundboard to the Balladeer 12 and introduced the Glen Campbell 12 String or Model #8. 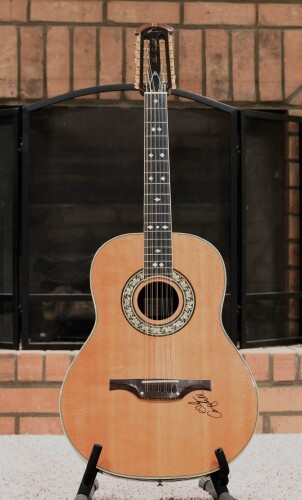 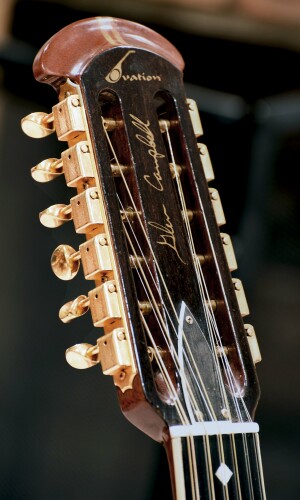 The oddity about the beautiful 12 that Charles Kaman made for Glen, is that there is no documentation or proof that Glen ever played one...much less owned one. The general consensus is that no more than 15 or so were produced, before Ovation discontinued them and transitioned their 12 string production into the Ovation Glen Campbell 12 String Model 1118, beginning in either late '68 or early '69. Gone was the shiny bowl, winged bridge, Deluxe Kluson tuners, smaller sound hole and inlaid rosette and Glen's signature between the tuners. The 1118 Glen Campbell 12 had little, if any, in common with Ovations initial offering. (Thanks to Jerome Galopin for providing this wonder Ovation site ( Ovation Tribute )

An early transitional 1118 that still has the winged bridge: 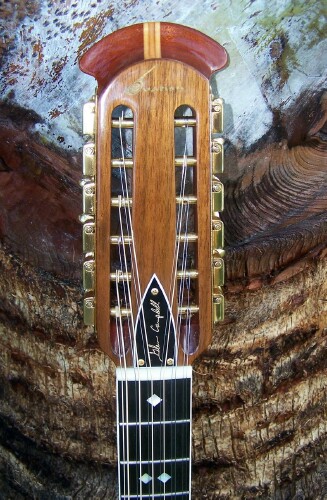 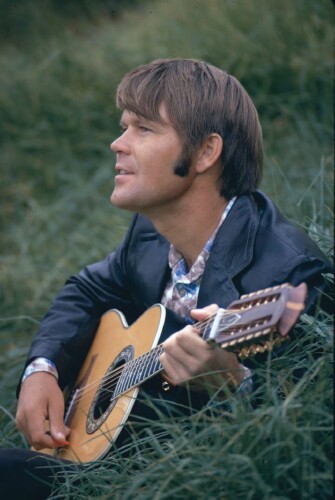 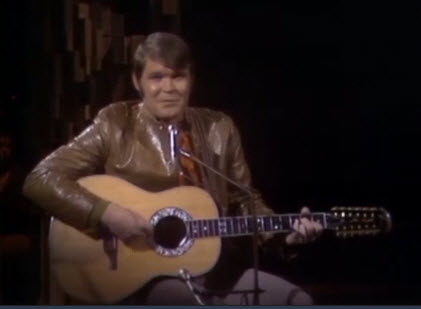 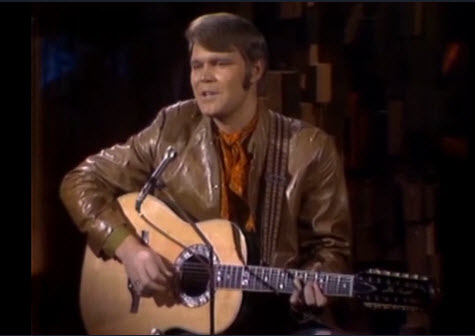 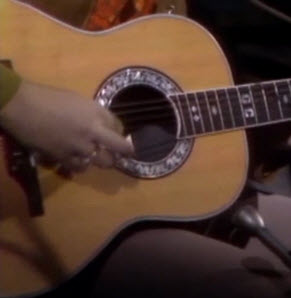 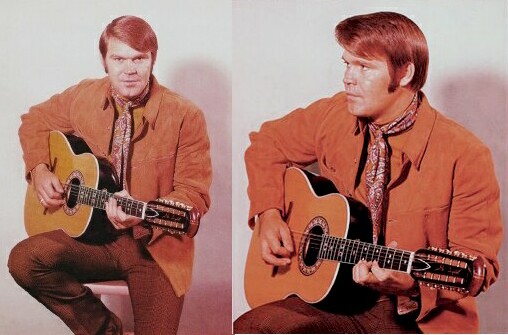 And as seen in 1977, with Carol Burnett, on this YouTube clip

It appears that Glen had Charlie put a regular sound hole soundboard on top of the original 68 GC 12. It has the same tuners, bridge, headstock with his initials on the 12th fret, and shiny bowl as the original 1968 GC 12. Therefore, it was either a custom or a prototype, because it doesn't appear that this configuration of the original Ovation GC 12 was ever publicly available.

Thanks to Paul Moody and Wayne Reid for walking me through this with their knowledge and perspectives. 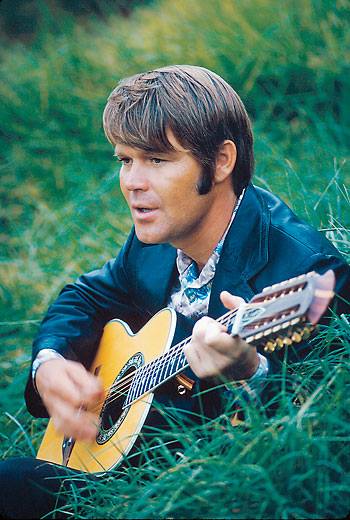 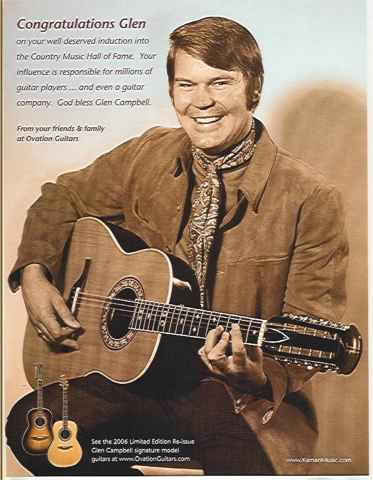