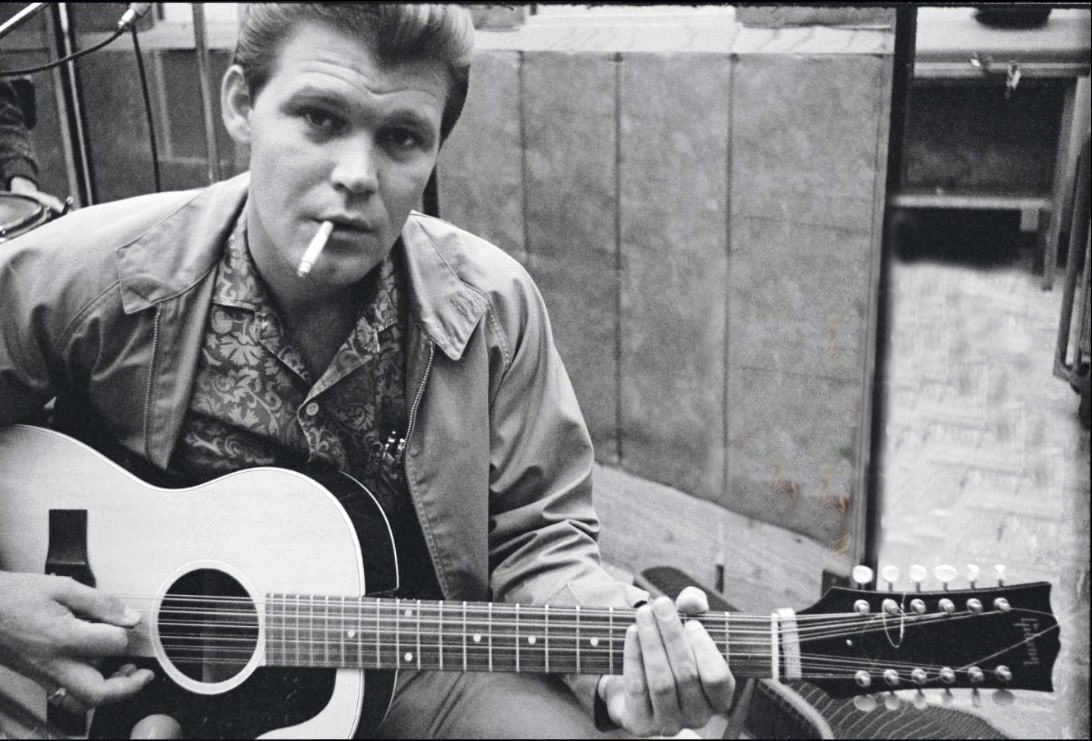 I have a copy (my third) of "the Astounding Twelve String Guitar'' that I located about a year ago in a used record shop. My plan is to digitize it on my own using a USB turntable that I found in a local audio store for $59.00 on sale.

Hi Mike, One day I was on Ebay and I was wondering the cost of Gibson 12 string guitars. Turn's out there were a lot of them. I was looking for just one, cheap, good shape, had to be a b25-12n-12. There were several b45's that's the larger body Gibson 12 string. I found a b25 that needed some work done to it. It needed new frets and was in Las Vegas Nevada. and I live in Reno Nevada. I bought it and had the frets worked. It's a beauty vary low action and loud.
Back in the 60's there were no tabs so I recorded the tunes on real to real tape players and listened over and over. It's hard this way. I got to where I could hum the tune and I would hunt the strings until I found it. Lonesome 12 was the first. I got to where I could play right along with Glen. Some tunes are still hard to master.
I sent letters back in the early days of the 60s to Mel Bay for books on Glen playing the 12 string. They sent me a reply saying it was not worth there time and money. Leadbelly and Pete Seeger were top on the charts. So I continued the way I was doing it and it's hard at times but it works. Glen played that 12 string with such fineness that was the only way I wanted to learn the 12. The tunes were all instrumental no singing. Folk, blues, and bluegrass is how I wanted it. Those records really hit the spot with me. Don't get me wrong I like his singing also. If anyone knows of tabs for those early 3 vinyl records of Glenn playing just the 12 string let me know. I know that the 12 string recordings of the 60's was just a fad but there are still younger 12 players that like that music. I've never seen a CD of those records. I see a lot of 12 players on youtube and all they play is cord's no flat picking tunes. TKS....

Hey 12string,
It's great to hear from a fan of such long standing. Good on you for keeping up with the playing as well. How on earth did you find that Gibson guitar after all this time and does it feel nice to play on.
I would think those tunes would be quite a challenge to learn especially as you have no tabs. There is a guy who plays a couple of instrumentals at my local club each month, but he does have the tab book to help. Do you normally play instrumentals or do you also play and sing as well.
Regards,
Mike

The first tunes I ever had the pleasure of hearing of Glen's was way back in 1964. There were three vinyl records of Glen playing the most outstanding tunes that a vary young boy had ever listened to. I wanted to play the 12 string and flat pick just like Glen. One day my dad bought me a 12 string guitar and there is where Glen Campbell came into my life. I knew nothing about playing a guitar much less playing a 12 string guitar. I'm almost 70 years old and still have not given up on learning to play all of Glen's tunes on those three records. He had a style of playing that has stuck with me all these years. There were other 12 string players back in the early sixties that sounded to slick with a lot of glitz in there playing but not Glen, he had that bluegrass folk sound that I really really like. As I got older I went to a music store and bought a well worn out Gibson B25-12N-12 string just like Glen played on those records. I sold that 12 string guitar 25 years ago as it was starting to fall apart. I just last month bought a real nice Gibson B25-12N-12 string and back playing those tunes I've been learning all those years. Sad part is there are no tabbed music for me to speed up my learning of the tunes and all the you tube players just want to play chords.

The Gibson B25-12N 12 string was first introduced by Gibson in 1961. It was Gibson's first entry into the 12 string market. With the onset of the Folk Era of the early 1960’s, well known guitar builders started producing quality twelve string guitars. Glen appears to have started his 12 string career with a 12N, which stood for "natural finish". 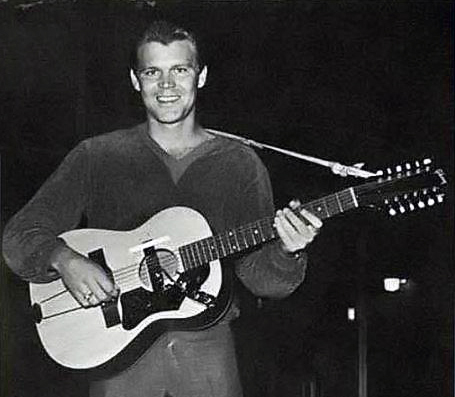 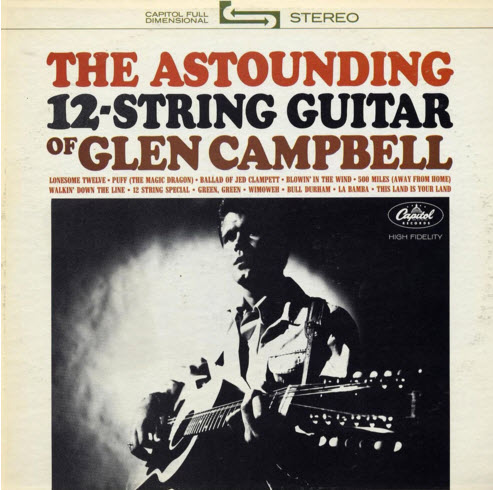 It appears that Glen lost interest in the B25 after a few years as other 12 strings, both acoustic and electric, took the B25's place.