jay, I really feel your frustration, as I think a simple look on line would find the hardcore fans like us very easily and they could then at least ask the question, "what would you like to see on this album" ?. Sadly as Cowpoke mentions it may be just not worth their while for the commercial risk that would involve, but then some of Glen's releases have been somewhat along those lines "Glen sings for the king" and "here I am" etc they contained material that the casual fan would not be aware of. No doubt Glen's increased profile over the last few years with the film release and final tour probably made them more marketable, but still there is much more by way of recommendation we could offer and that would also encourage us to really promote the album on the various platforms.
Having said all that, when they get it right the sales do follow. Just look at "Adios" in the UK. What a fantastic result for Glen, and I think it was all down to giving the fans a product which we could enjoy and appreciate. Carl Jackson, I think understood this and produced a first rate album, which ranks as one of Glen's best offerings in a few years and that is why it also received a lot of airplay, because it stood out. It was for me the perfect album to say goodbye with and a belated gift to all Glen's fans.

Well I guess the answer is... Glen doesn't have enough hardcore fans. By that I mean fans who also love the more obscure album tracks and b-sides. My impression is that the majority of Glen Campbell fans love the big hits and that's it. So it makes sense to release the same tracks over and over again until everybody that has an interest in Glen Campbell has them.

Of course this is true for most artists. However, some artists also have a significant amount of hardcore fans, like Bruce Springsteen, Elvis Presley, Beach Boys. For those artists it makes sense commercially to do releases of rare recordings. The market for Glen in that respect just isn't big enough.

Mike,
Certainly not to sound disgruntled...and this certainly may be the case with all artists...but I think that Glen's fans...have been ignored across the board, not only in this area, but in other endeavors.
I totally agree with you...I believe fan participation would return more revenues and support growth in a fan base. I wish someone could explain and justify why wash, rinse, repeat is preferred over your idea.

It's a good list Cowpoke. But to answer your question why they didn't include more on the cd "love is the answer"

Seriously though it does make you wonder why, It also begs the question who they considered the box set is aimed at. Normally a box set would be a fan favourite, something special to own above the usual compilation albums of hits which we all have in abundance. Which begs the next question. Why don't they ever ask real fans what they would like to see included by way of Glen's album tracks, those lesser known gems. That would also make us feel we had contributed our views and our appreciation of Glen's music, which, I think would reflect what real fans would be more likely to want as an overview of Glen's best and most loved recordings.
Engaging us in that way would no doubt be a big selling point to all the other fans who still follow Glen's career and buy his album releases when they have something new to offer.

Mike, in another thread I made a alternative tracklist for that new 4th album (see below). Notice I kept the same number of tracks. But come to think of it, why did they only use 13 tracks? A CD can fit in much more right?

I couldn't agree more Cowpoke, regarding you comments on the legacy set. I would also add that they could just have added an extra disc into the set and leave the live performances in, as I think it was good to hear how good Glen was in his live shows. Bobbie Gentry box set is 8 cds' so why not Glen? I also agree with your opinion on songs from Love is the answer CD. I also feel that was not Glen at his best. The production was just lacking of any finesse or sutalty. I know I am late to the conversation but Adios for me was the the perfect end album and is an album which did well because it gave us the best of Glen and is a wonderful album to hear. It was one I recommended to others and was proud to do so.

Review of a new compilation album which combines Glen's three albums for Atlantic America (Old Home Town, Letter to Home, It's Just a Matter of Time) and which includes a rare UK single a-side: They Still Dance To Waltzes in England.

Or maybe "You'll Never Walk Alone" is also from "Love Is The Answer". I see it is on both "My Hits and Love Songs" and "Love is The Answer".

Sorry for my late reply but... interesting that they replaced the fourth disc (originally with live performances) with tracks from the most recent albums.

What strikes me as a bit odd it the amount of tracks from Love is the Answer which surely is not Glen's best album. Ghost on the Canvas on the other hand is summarized with 1 track only, whereas that is one of the better albums Glen did. Where for instance is "A Better Place"? Or "In My Arms"? Still, I like the fact they made this boxset complete, containing at least some tracks from his last albums.

Uhm, that is terrible and not a good pr move. Those guys have done a couple of things that, to me, are disappointing. I would assume that the Amazon reseller is either the same reseller or distributor that GC.com is using on a passthrough.

Thanks! I would certainly be interested in what they offer for the lithograph

Just a curiosity of mine...Can you tell if that archtop (f hole guitar) on one of the album pictures is the same as the one that Glen has on: 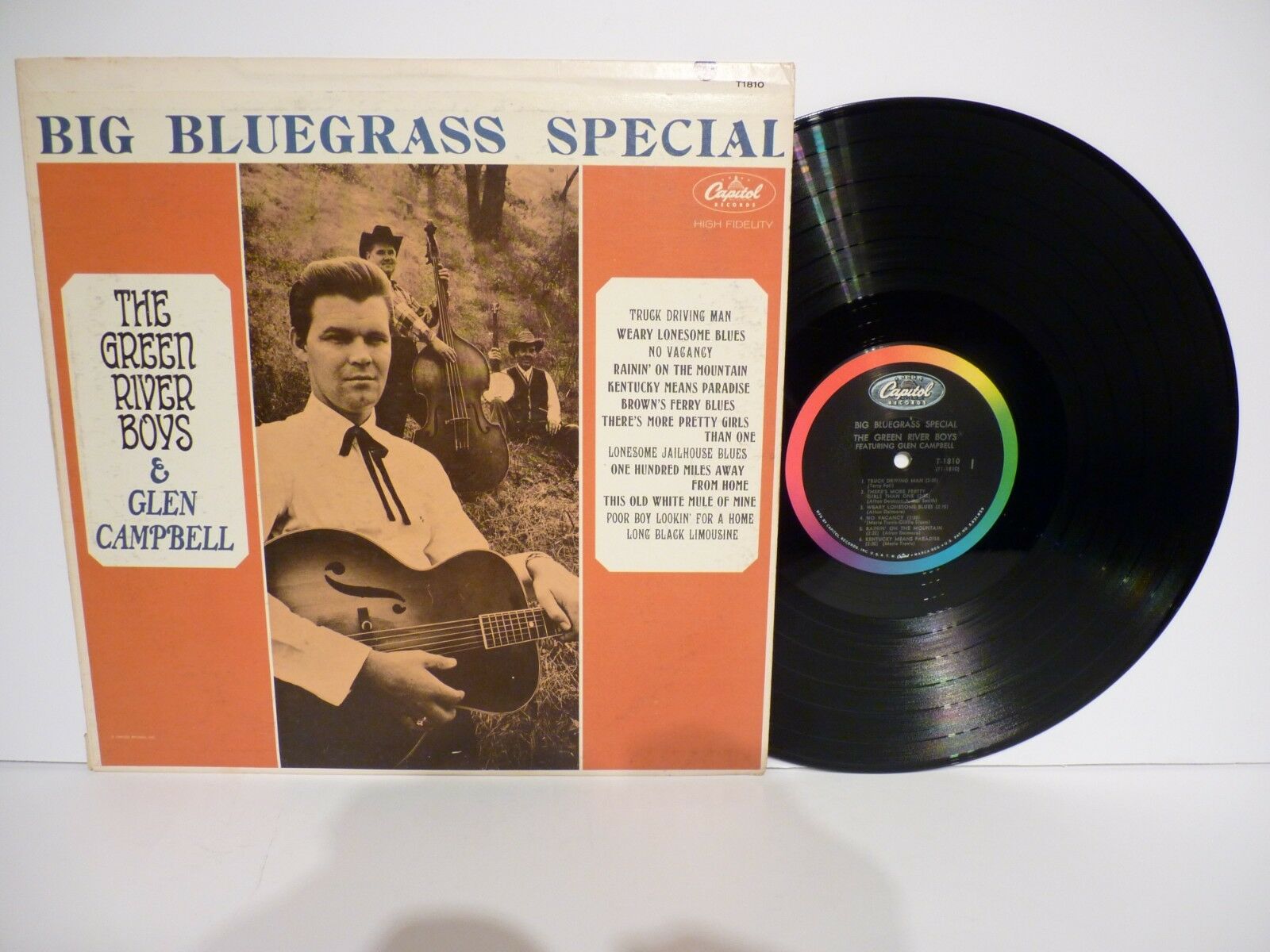