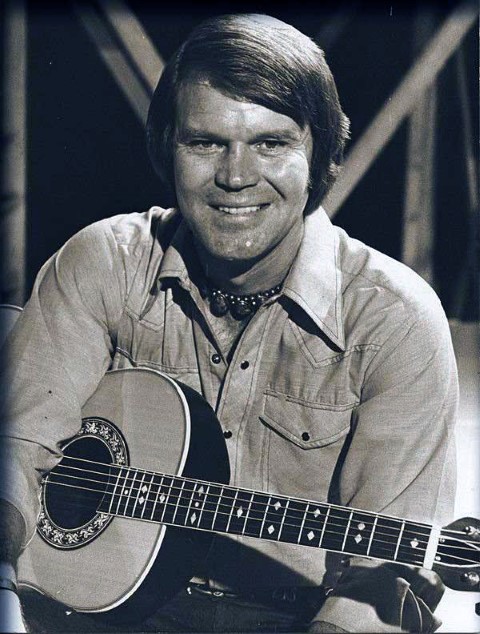 In October of 1973, Ovation R&D had designed and ordered 50 Legends to be built with Ovation's new "A" braced design. To this point, in their upstart operation, Ovation had used "X" and "VT" bracing in the acoustics they had offered. The Legend would become the top of the line, deep bowl, offering from Ovation.


Mr. Kaman was personally overseeing the production of these guitars, including the quality control of their audio calibration signatures and deflection grading of the soundboards. He felt this new bracing pattern would be a marked improvement over his initial offerings.

In December of '73, Glen received one of the first four A braced Legends that were shipped from Ovation. From Ovations' internal memos, it appears that it was a 1617 (which would have been an acoustic/electric). Soon afterward, an acoustic only Legend, meant for Greg Allman, ended up with Glen. This appears to be a significant guitar in Glen's career, in relation to his preference of Ovation bowls.

Glen worked with Mr. Kaman to develop a second signature 6 string, the Glen Campbell Artist Balladeer. Glen wanted this Ovation to produce less of a low end and a more pronounced clarity in its tone. Ovation created a shallower bowl and re-braced the soundboard to accomplish what Glen wanted. Glen played Artist depth Ovations for about 3 years. He seemed to play a number of them during that time, some acoustic only, some with an Ovation pickup, one with a Prismatone pickup, some with his initials at the 12th fret, and some without initials. And from what we understand, the bracing used on them had differences as well.

Glen played his 1627 until he received his 1117, A braced Legend. This deep bowl, acoustic only guitar became his guitar of choice for several years. 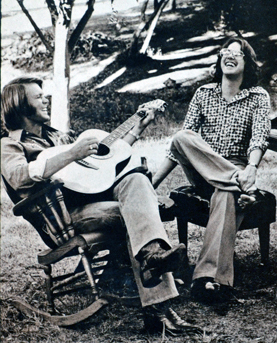 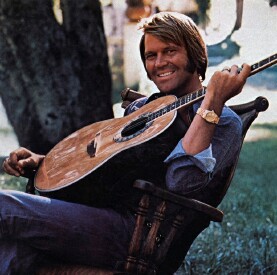 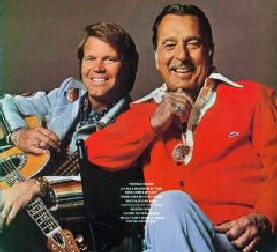 
There are a few exceptions, but from this point on, Glen continued to play deep bowl Ovations until he retired. It would appear that he preferred the fullness of the deep bowl, over the shallower artist bowl, he assisted in designing.

Here is a video of Glen playing his Ovation Legend. Unlike many of Glen's Ovations, his Legend was never adorned with any of the personalization features of his previous Ovation guitars.

This Ovation was, not only a transitional guitar for Glen in returning to the deep bowl, but also for Ovation. Many claim that the best acoustic guitars Ovation has offered, are Ovation's A braced guitars.


I would like to express my heartfelt thanks to Paul Moody and Jerome Galopin for assisting in creating this topic.