Issue No. 83 of Shindig! magazine features Bobbie Gentry on the front cover and a feature article headlined, "Bobbie Gentry The Southern Belle’s UK Adventure." The article focuses mostly on Gentry's career in the U.K. and includes a vintage Capitol Records' press photo of both Bobbie Gentry and Glen Campbell.

Shindig! presents a well-researched article with photos based on Gentry's archivists' input and focuses on Gentry's musical career (rather than her physical appearance and personal life as typically found in publications since the sixties).

(However, would you agree that the references to "southern belle" and "adventure" in the headliner degrade both the artist and her work accomplishments in the U.K.? I feel these references are degrading. I also wonder how BG feels about being referred to as "the girl" in the title of her groundbreaking box set, 'Bobbie Gentry / The Girl From Chickasaw County'? [This title may also allude to BG's penned song, "Chickasaw County Child".] Consider whether we would ever see the most comprehensive, important box set ever released by CAP for Glen Campbell labeled: 'Glen Campbell / The Boy from Pikes County'. My comments are just my personal disappointments, my own opinion, and also with consideration to Shindig's! inclusion of this often-seen complaint expressed by Gentry almost 50 years ago: "I produce my own records. I originally produced 'Ode to Billie Joe', and most of the others, but a woman doesn't stand much chance in a recording studio. A staff producer's name was nearly always put on the record.")

In the U.S., Shindig! is probably sold at large chain book stores that carry imported mags such as B&N. It is also available to order online, either print or digital. 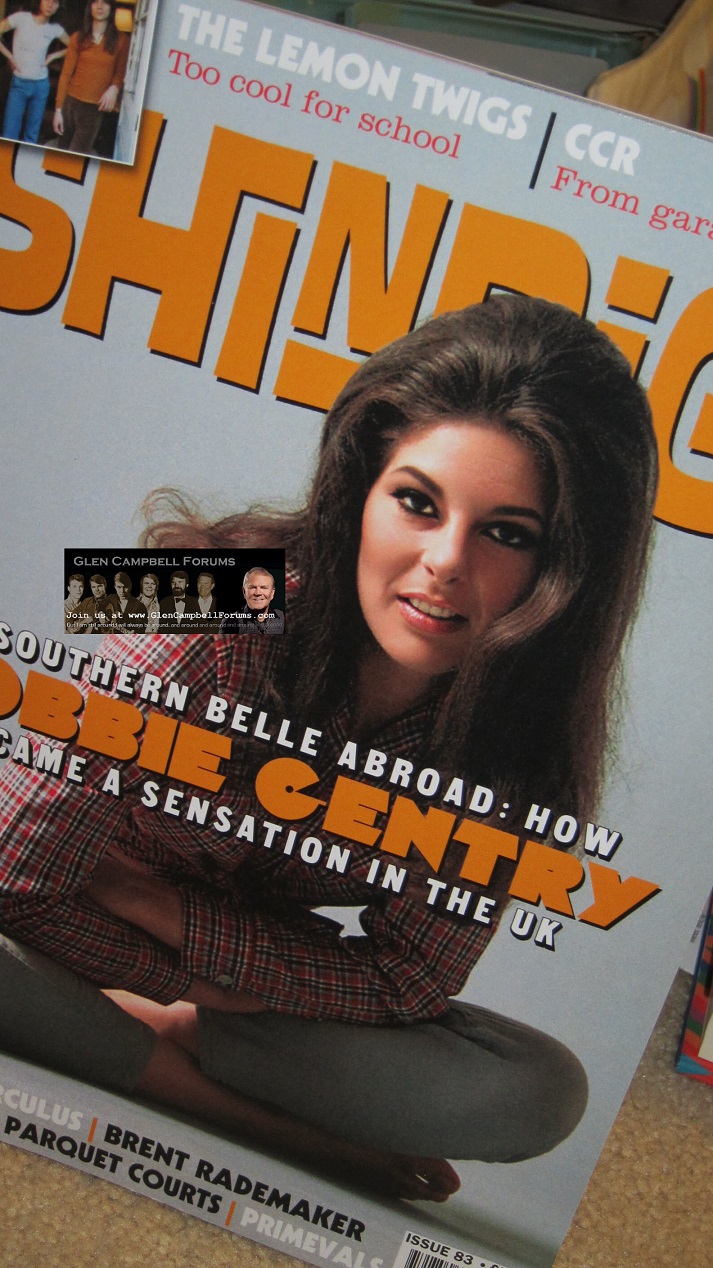 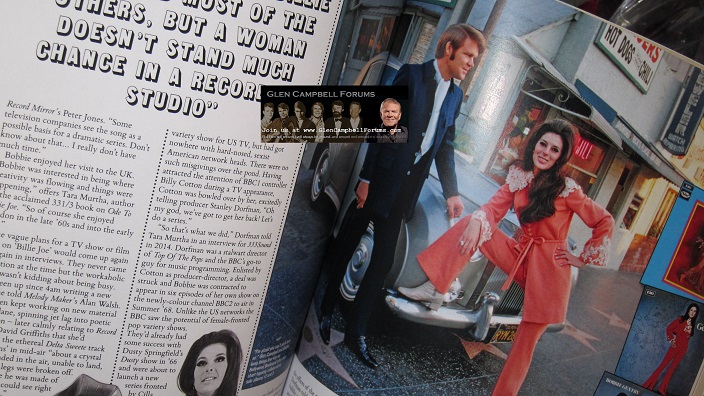