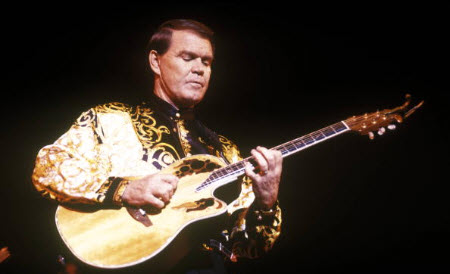 In 1982, Ovation released its first Collectors Edition guitar. They followed suit every year until Ovation sold the company to Fender. Each year they issued a limited number of these guitars. Typically the Ovation brass and builders got together and created a guitar that was highly customized and adorned with top-notch materials and hardware.

In 1987, they produced a guitar with a burled walnut head (no two heads looked the same), Adamas style exotic wood epaulets, abalone purfing that encompassed the neck and bordered a AAA Sitka spruce top that was stained a honey color. The bridge was carved and the cutaway top was mated to a deep bowl. 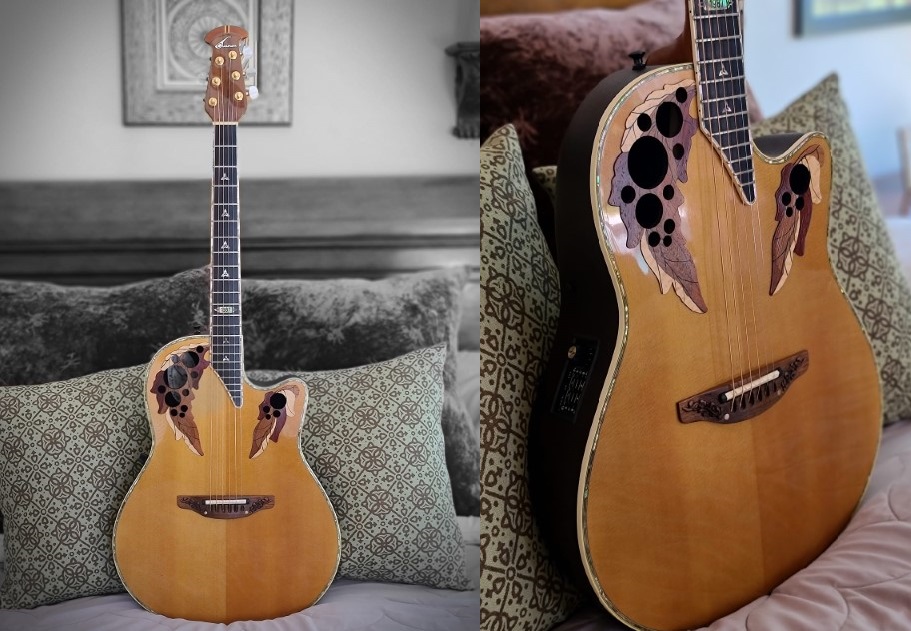 Glen had been religiously playing his Ovation 1537 until Ovation produced this guitar. Glen played his "87C" for about 10 years, which certainly indicates he had a fondness for it. Here is a good video in which Glen plays the 87C at his Phoneix church.

And singing The Highwayman:

It appears that Glen's family still has the 87C, as it has been on display at several locations since Glen passed away. Here is a picture of it, in the center, with other guitars Glen played in his career at the Country Music Hall of Fame and Museum. 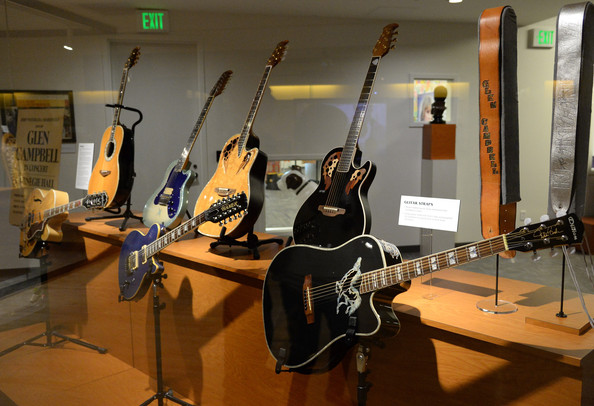 And at Glen's new museum in Nashville: 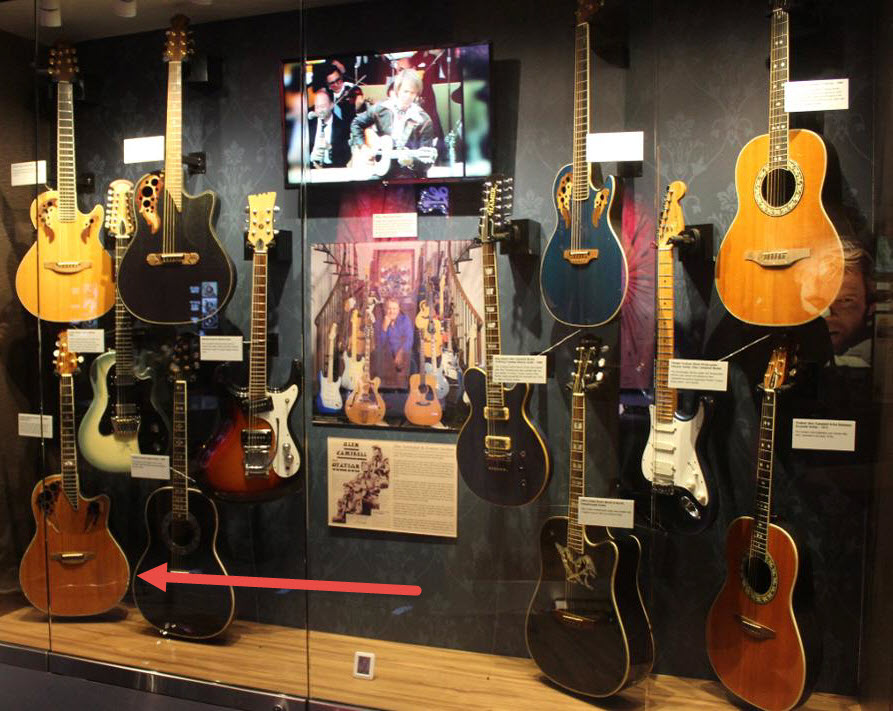